By David Williams and Mark Nicol For Mailonline

Britain is to offer sanctuary to dozens of Afghans working at its Kabul Embassy amid fears they will become targets for Taliban revenge attacks as Western forces withdraw.

Local staff have been told they can apply to come to the UK with their families in a process that has already begun in some cases.

The policy is seen as a ‘lifeline’ for those labelled ‘friends of the infidel’ by the Taliban and other insurgent groups because of their work with allied forces.

The last remaining UK troops could be home within weeks after the US accelerated its plans to withdraw. (Pictured, British embassy in Kabul, Afghanistan)

It will benefit former Afghan translators who risked their lives beside UK troops and a fast-track priority system is in place to help those, including embassy staff, who are deemed most at risk.

This newspaper’s award-winning Betrayal of the Brave campaign has repeatedly highlighted death threats and attacks on translators and their families.

More than 100 are expected to apply and, if accepted, the system will lead potentially to a package including passage to Britain, accommodation and initial financial help.

The offer is open to embassy guards and mechanics as well as clerical staff.

But officials pointed out not all those expected to apply will automatically be accepted.

Australia announced this week it was closing its embassy in Kabul for security reasons and Britain is expected to dramatically reduce the number of diplomats and staff before troops leave. 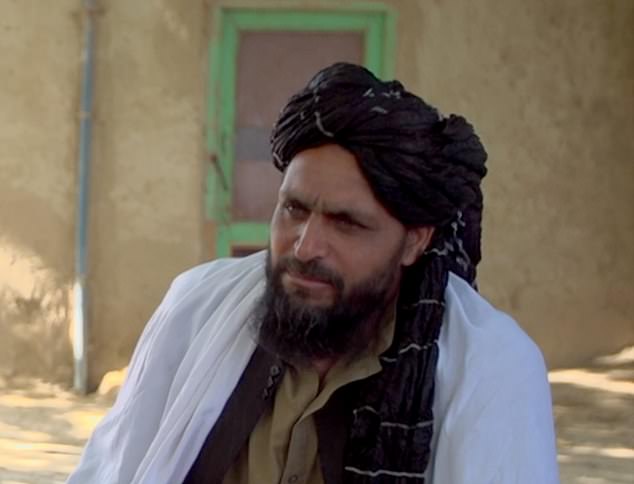 The policy is seen as a ‘lifeline’ for those labelled ‘friends of the infidel’ by the Taliban and other insurgent groups because of their work with allied forces. (Pictured, Haji Hekmat, a Taliban ruler in the Balkh district)

The last remaining UK troops could be home within weeks after the US accelerated its plans to withdraw.

Around 750 British troops had been expected to remain until September. But last night it emerged that UK and other allied personnel intend to leave by mid-July.

One former Kabul-based embassy official said: ‘Things are moving very fast and it is only right that those who played important roles in the functioning of the embassy be offered relocation and protection. There is a moral obligation here, the threat to them and to their families is very real and we have a duty of care to ensure they do not suffer because of their work for us.’

A Government spokesman said the UK owed ‘a huge debt of gratitude to individuals who risked their lives working alongside UK forces and it is right we provide sanctuary to these brave men and women and their families’.