Heatwave Britain: UK is set to swelter on 86F hottest day of the year with beauty spots set to be rammed in another glorious day of sunshine as England’s footballers kick off their Euro 2020 campaign

Temperatures are expected to hit 86F today as Britons are primed to enjoy the hottest day of the year by heading to the country’s best beauty spots and hitting pub beer gardens for the kick off of England’s Euro 2020 campaign.

The mercury will soar just in time for kick-off at Wembley this afternoon with temperatures hitting highs of 84.2F, while opponents Croatia’s fans will be comparatively cooler at 79F back home.

The soaring temperatures could make Sunday the warmest June 13 on record.

Parts of the UK will be hotter than holiday destinations in Ibiza, Mykonos and even California due to a high pressure moving in from the south.

The hottest temperature recorded so far this year was 82.94F in Northolt, north-west London, on June 2.

Sunday is expected to see temperature possibly surpassing 86F in the South East, which has never been seen on June 13.

Up and at ’em: People start to pack out the beach from 7am and get ready for what should be the hottest day of the year so far 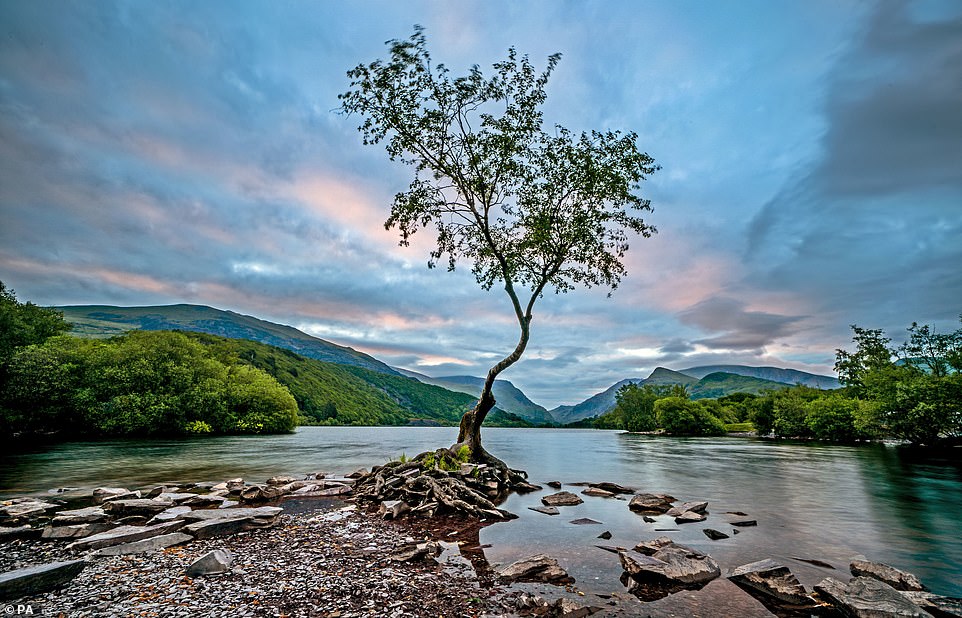 Temperatures could reach 86F. Pictured: The lone tree just before dawn on the shores of Llyn Padarn in Llanberis, Snowdonia 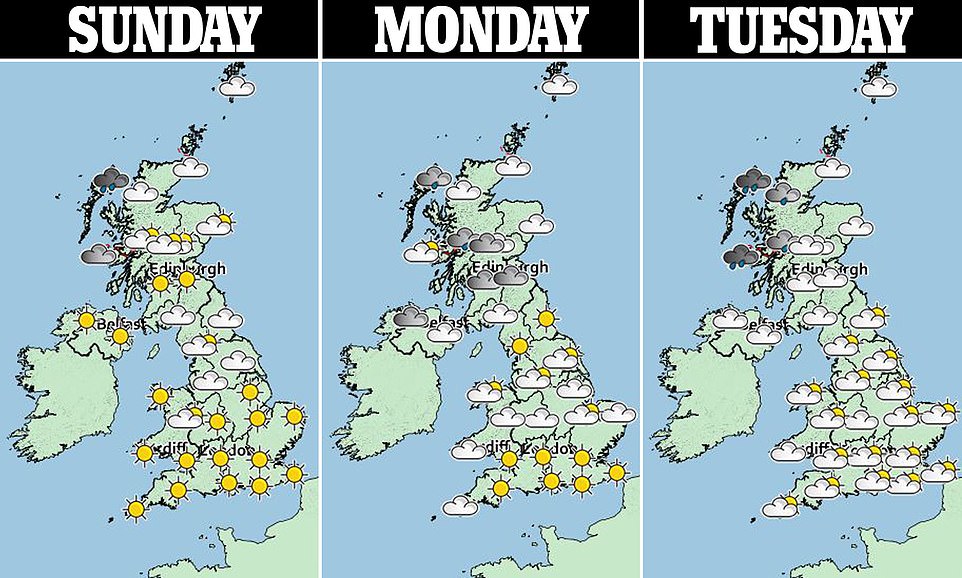 Forecaster Alex Burkill said: ‘Sunday is likely to be the hottest day of the weekend, with temperatures reaching 84.2F in London and the south east, while the bulk of the country will be dry with lots of sunshine.

‘This heat is likely to be widespread in the mid-20s which is above the average for this time of year.’

He said that while it’s ‘unlikely’ the mercury could sneak up to 86F, it ‘shouldn’t be ruled out’.

Mr Burkill went on to say: ‘It’s down to some high pressure building from the south-west, dragging sunny, dry weather from Spain, which are the perfect ingredients for the conditions many will see.’

The AA has warned parents and animal owners to ensure their children or pets are not left in locked cars, saying a dog is vulnerable to the heat in less than half an hour. 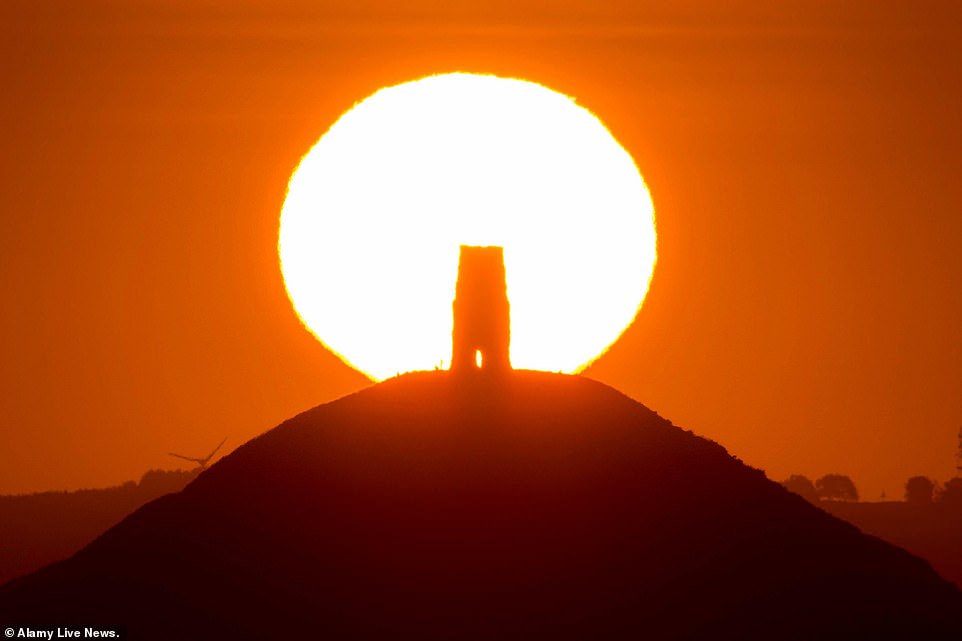 Rise and shine: Glastonbury Tor in Somerset is silhouetted against the stunning sunrise on a warm clear morning earlier today 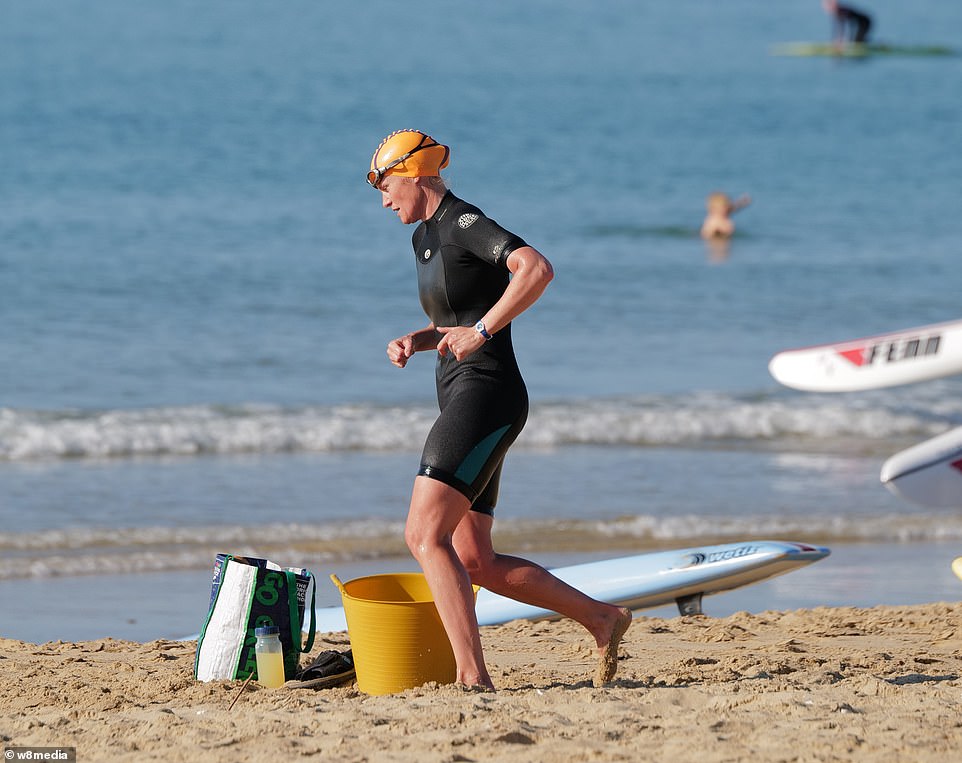 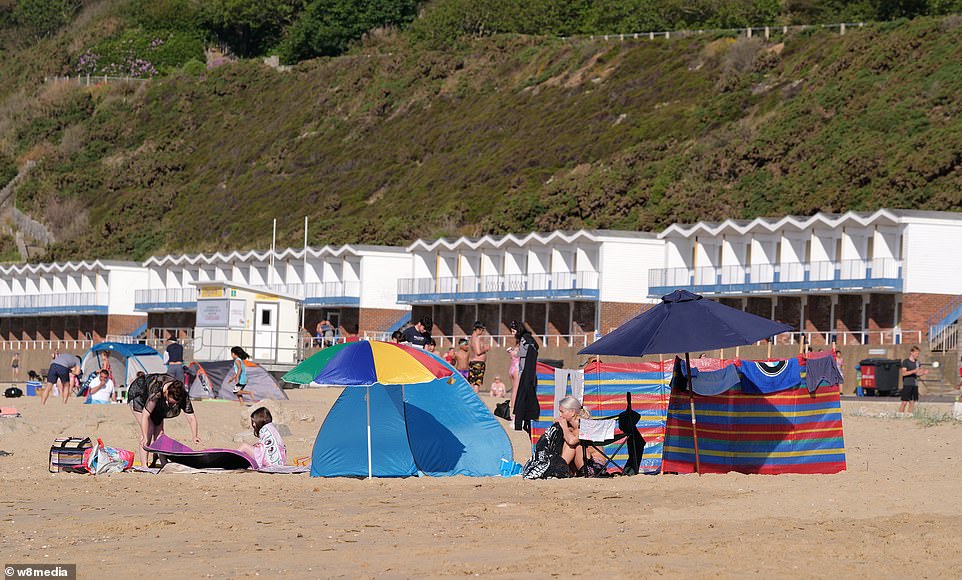 It didn’t take long for sun-seekers to camp up on Branksome beach, Dorset, with some setting up their umbrellas at 7am today 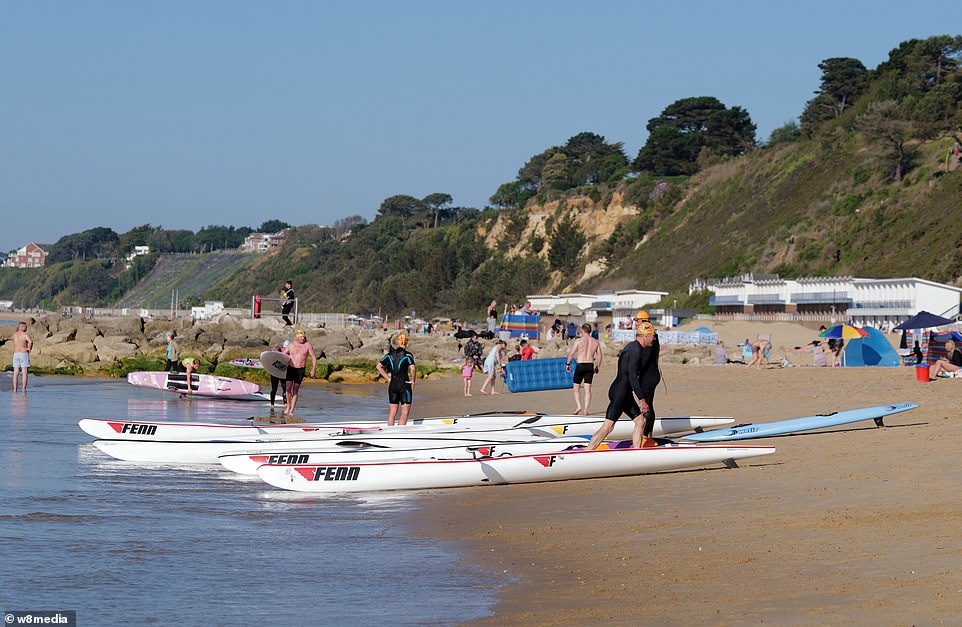 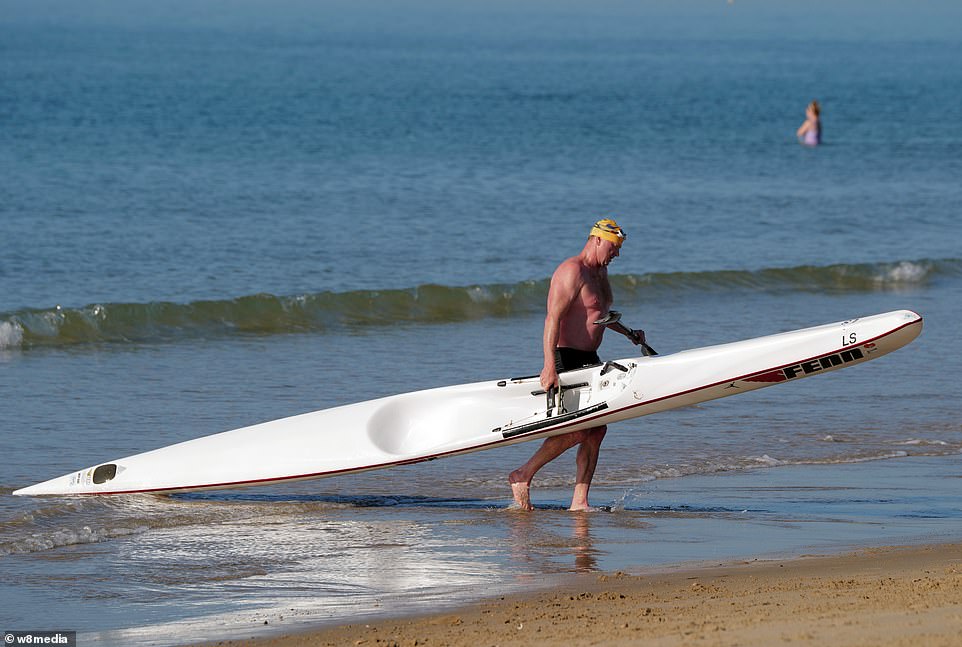 Ready for a dip: Pictures show sun-seekers and water sport fans hitting beaches early this morning ahead of a scorching day

Pictures show some beachgoers already in place ready to enjoy the warm weather as Britain’s best beauty spots are expected to be packed today.

It comes after a day of 78F on Saturday which saw Britons flocking to the beaches, sunbathing in the park and enjoying a trip to the races in the heat.

Many were clearly making the most of the weather amid the heatwave as they gathered in the nation’s beauty spots.

The warm weather is expected to continue through the week with sunny and hot temperatures in the south east of England tomorrow, with some cloud in northern England and Wales.

On Tuesday, the weather is expected to be fine and dry for most at first, but there could be some rain in the northwest.

Forecasters predict it will be very warm or hot in the south with thundery showers developing on Wednesday and into Thursday.