Britain’s intelligence forces are reportedly assisting US investigations into the origins of Covid-19 after President Joe Biden ordered a 90-day push to discover how the virus emerged.

Intelligence officials in the UK have conducted their own investigation into the origins of the pandemic amid claims that Covid was leaked from a laboratory in Wuhan, China.

And a senior Whitehall security source told The Telegraph that British intelligence is also cooperating with the new American investigation in a bid to ‘establish the truth’.

The source told the publication: ‘We are contributing what intelligence we have on Wuhan, as well as offering to help the American to corroborate and analyse any intelligence they have that we can assist with.’

The origins of the virus are under fresh scrutiny with the collapse of the scientific consensus that it emerged from human contact with an infected animal, with some experts now arguing that the virus was man-made.

David Asher, who led a task force investigating the origins of Covid, said evidence pointed to a leak from a biological weapons program at the Wuhan Institute of Virology, which the Chinese government has repeatedly denied.

This week, President Joe Biden ordered the intelligence community to re-examine how the virus originated, including the lab accident theory. He ordered a 90-day intelligence push to get to the bottom of the question.

His announcement followed the revelation that a previously undisclosed intelligence report had been made to the White House, claiming that several researchers at the Wuhan institute were hospitalized with illness in November 2019. The document was uncovered this week by the Wall Street Journal.

Both the US and Britain are stepping up demands for the World Health Organization to take a closer look into the origins of the virus, including a new visit to China where the first human infections were detected.

US health officials have also come under fire for allegedly funding researchers’ controversial and risky experiments at the Wuhan Institute of Virology. 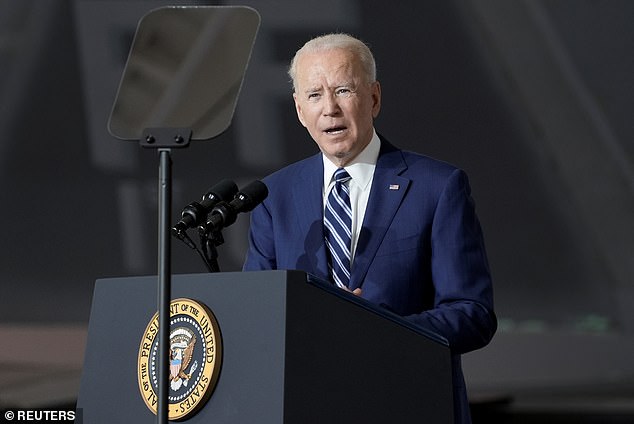 This week, President Joe Biden (pictured) ordered the intelligence community to examine how the virus originated, including the theory that the virus emerged in a lab accident in Wuhan

US House Republican Whip Steve Scalise and more than 200 of his GOP colleagues have also called for Nancy Pelosi to direct her Democrat-led committees to investigate China’s complicity in causing the Covid pandemic.

In a letter to the Democratic House Speaker, the Republicans said there is ‘mounting evidence the pandemic started in a Chinese lab’ and the Chinese Communist Party ‘covered it up’.

‘If that is the case, the CCP is responsible for the deaths of almost 600,000 Americans and millions more worldwide. These questions about the CCP’s liability are not a diversion, as you falsely claimed,’ the letter reads.

Meanwhile, an explosive new study claims Chinese scientists created Covid in a Wuhan lab, then tried to cover their tracks by reverse-engineering versions of the virus to make it look like it evolved naturally from bats.

The paper’s authors, British Professor Angus Dalgleish and Norwegian scientist Dr. Birger Sørensen, wrote that they have had ‘prima facie evidence of retro-engineering in China’ for a year – but were ignored by academics and major journals.

Dalgleish is a professor of oncology at St George’s University, London, and is best known for his breakthrough creating the first working ‘HIV vaccine’, to treat diagnosed patients and allow them to go off medication for months.

Sørensen, a virologist, is chair of pharmaceutical company, Immunor, which developed a coronavirus vaccine candidate called Biovacc-19. Dalgleish also has share options in the firm.

The shocking allegations in the study include accusations of ‘deliberate destruction, concealment or contamination of data’ at Chinese labs, and it notes the silencing and disappearance of scientists in the communist country who spoke out.

The journal article, obtained by DailyMail.com, is set to make waves among the scientific community, as the majority of experts have until recently staunchly denied the origins of COVID-19 were anything other than a natural infection leaping from animals to humans.

While analyzing COVID-19 samples last year in an attempt to create a vaccine, Dalgleish and Sørensen discovered ‘unique fingerprints’ in the virus that they say could only have arisen from manipulation in a laboratory. 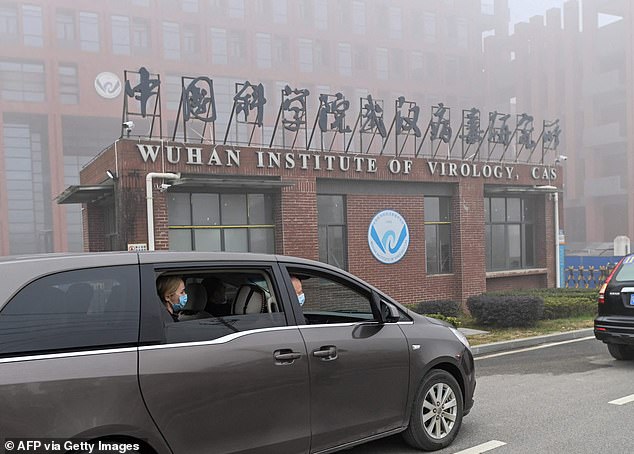 David Asher, who led a task force investigating the origins of Covid, said evidence pointed to a leak from a biological weapons program at the Wuhan Institute of Virology (pictured) 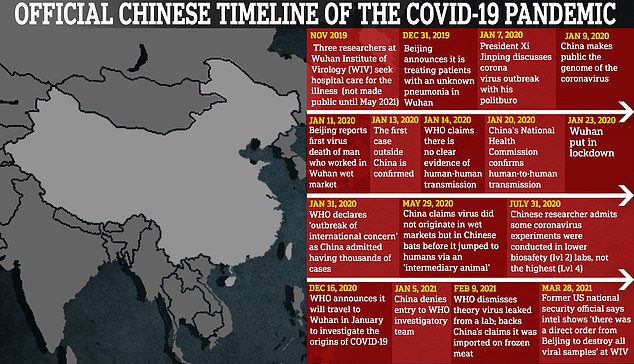 While China has tried to insist the virus originated elsewhere, academics have begun to contemplate the possibility it escaped from the Wuhan Institute of Virology

They said they tried to publish their findings but were rejected by major scientific journals which were at the time resolute that the virus jumped naturally from bats or other animals to humans.

Even when former MI6 chief Sir Richard Dearlove spoke out publicly saying the scientists’ theory should be investigated, the idea was dismissed as ‘fake news’.

Over a year later, leading academics, politicians and the media finally flipped, and have begun to contemplate the possibility that COVID-19 escaped from the Wuhan Institute of Virology in China – a lab where experiments included manipulating viruses to increase their infectiousness in order to study their potential effects on humans.

Dalgleish and Sørensen have authored a new study, which concludes that ‘SARS-Coronavirus-2 has no credible natural ancestor’ and that it is ‘beyond reasonable doubt’ that the virus was created through ‘laboratory manipulation’.

In the 22-page paper which is set to be published in the scientific journal Quarterly Review of Biophysics Discovery, the scientists describe their months-long ‘forensic analysis’, looking back at experiments done at the Wuhan lab between 2002 and 2019.