The mum of NRL star Payne Haas has been charged with manslaughter after allegedly killing three people in a fiery crash on Friday.

Uiatu ‘Joan’ Taufua, 46, whose son plays for the Brisbane Broncos, remains in hospital battling bruised lungs, multiple fractures and internal injuries after being pulled from her black Mercedes wagon after it smashed into a silver Mercedes and a power pole on the Gold Coast hinterland.

The three people in the silver Mercedes – Chris Fawcett, 79, his partner Susan Zimmer, 70, and her 35-year-old daughter Stephanie – all died in the crash.

Police allege Ms Taufua was seen ‘driving erratically’ shortly before the crash, which happened at around 5pm on Bonogin Road, Bonogin, and sped off when a patrol activated lights and sirens in an attempt to pull her over.

Ms Taufau refused to be interviewed by police from her hospital bed on Monday morning before being charged with three counts of manslaughter and one count each of dangerous operation of a motor vehicle, evade police and drive without a driver’s license (demerit point suspended).

Her case will appear in court on January 11 for a bail application.

Uiatu ‘Joan’ Taufua, remains in hospital after being involved in a fiery car crash that cost the lives of three people

Police earlier confirmed they they did not pursue the car due to public safety before Ms Taufua crashed 1km down the road.

Ms Taufua’s licence was allegedly suspended at the time after she served a month’s jail time, ending in October, for assaulting two security guards at Star Gold Coast casino.

After being pulled from her vehicle by a man living nearby, Ms Taufua was rushed to Gold Coast University Hospital in a critical condition.

Ms Snow broke down in tears as she recalled her last conversation with her mum, whom she described as her best friend. 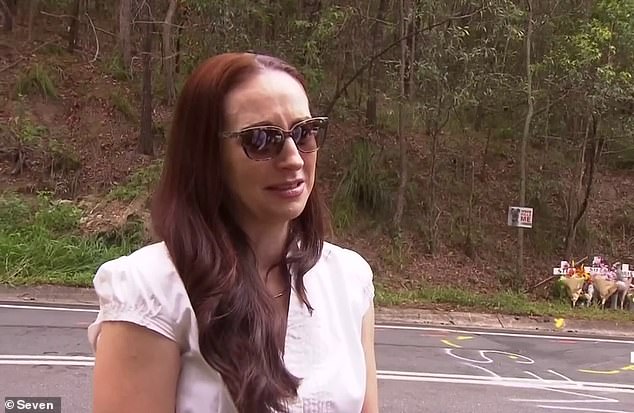 Claudine Snow (pictured) spoke about the crash that claimed the lives of her mum, sister and stepfather in the Gold Coast

‘The last thing (mum) said to me in a voicemail was she was worried about driving at this time of the year,’ Ms Snow told reporters.

‘I wish she had of just listened to her gut feeling and didn’t go out.’

She also relived the phone call from police early Saturday.

‘I just dropped to my knees,’ she said.

She recalled how her ‘incredible’ sister could ‘light up the room’ and ‘make anyone laugh’ and said her stepfather Dr Fawcett, a former skin cancer specialist had ‘saved so many lives’. 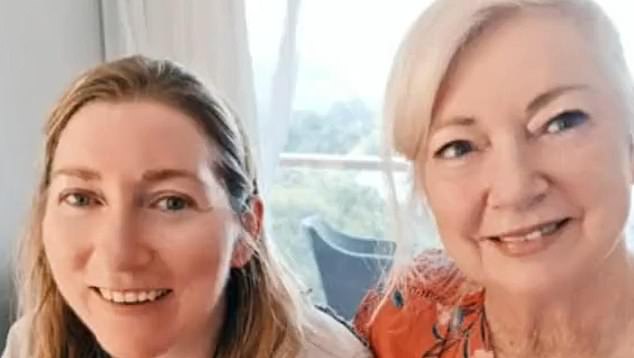 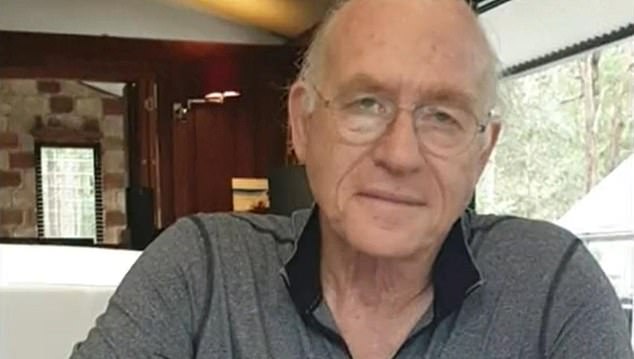 Three crosses have been set up near the charred accident site in tribute to the victims.

Mr Fawcett and Stephanie were dead by the time emergency crews arrived at the scene and despite their frantic efforts, Ms Zimmer died a short time afterwards. 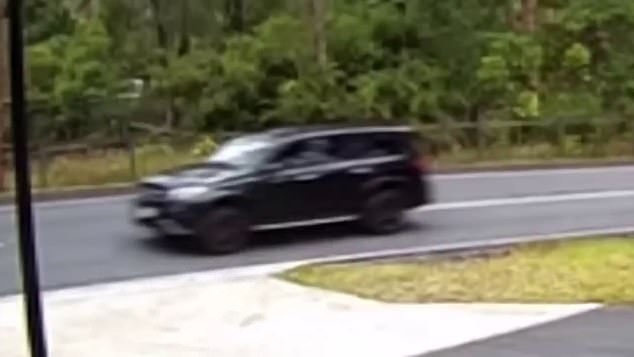 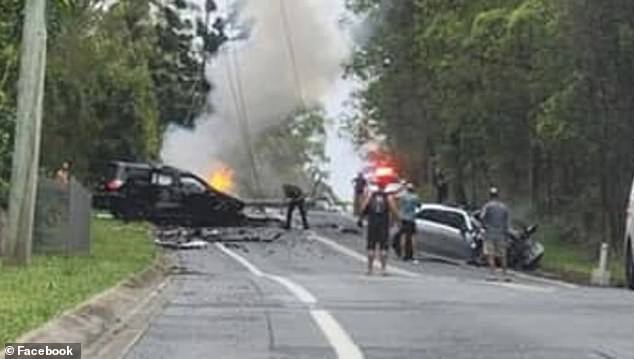 Passing motorists stopped to assist at the horrific crash site, with the man who pulled Ms Taufua from the fiery wreckage of her van later needing treatment for trauma

Gold Coast Superintendent Craig Hanlon, said the scene shocked the police and emergency crews attending as well as members of the public who assisted.

The 45-year-old man who helped free Ms Taufua from her burning car needed treatment at Robina Hospital for ’emotional distress’.

A local woman said her husband ran to help after hearing a ‘massive bang’ and pulled a woman from a vehicle just moments before it exploded.

Gold Coast Superintendent Craig Hanlon said the force of the impact pushed the silver Mercedes into a power pole, which fell on Ms Taufua’s vehicle setting it alight. 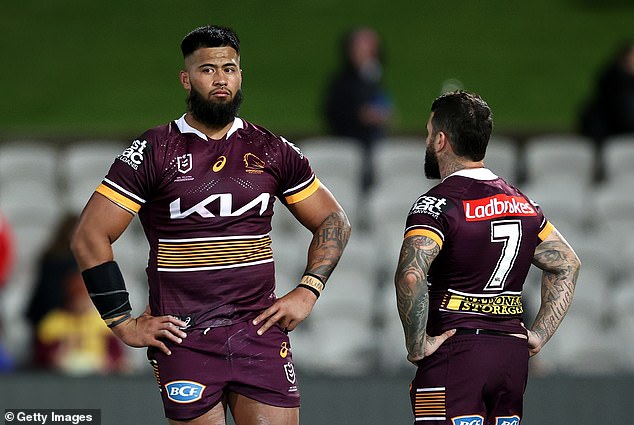 The mother of Brisbane Broncos player Payne Haas (pictured, left) was pulled from her van after the crash

Supt Hanlon expressed his condolences to friends and family of the victims.

‘This was a tragic, tragic incident,’ he told reporters.

‘But to lose three people from the same family, you can’t recover from that.

‘The thoughts and prayers of the Queensland Police service are with their friends and family at this time.’

More than 1,000 homes and businesses in the area were left without electricity after the power pole was downed although most had their lights restored two hours after the accident.