‘I’m 34, losing my hair and don’t see the point in taking damage’: Paul Craig is ‘firm’ on retiring from MMA when he turns 35 in November despite thriving as No 11-ranked UFC light-heavyweight

Paul Craig is firm in his intent to retire from MMA when he reaches his 35th birthday in November this year, even with his career at an all-time high.

The Scottish submission specialist is ranked No 11 in the light-heavyweight division but endured a frustrating 2021, waiting for Alexander Gustafsson, who was injured, having beaten Jamahal Hill in impressive fashion.

Increasingly, fighters in the UFC are competing into their early forties and the champion Glover Teixeira is now 42.

But Craig sees little value in putting his body through the ringer and sustaining unnecessary damage that could prove detrimental to his health in later life.

He told Sky Sports: ‘I’m 34 years old. I’m losing my hair. I made this kind of deal with myself that I’d like to get to 35. That’s my number and I’ve only got a year left on that.

‘Last year was a nightmare with everything that happened. But I’m still kind of firm on that number of 35. I just don’t see the point of taking damage, for not being at my best. 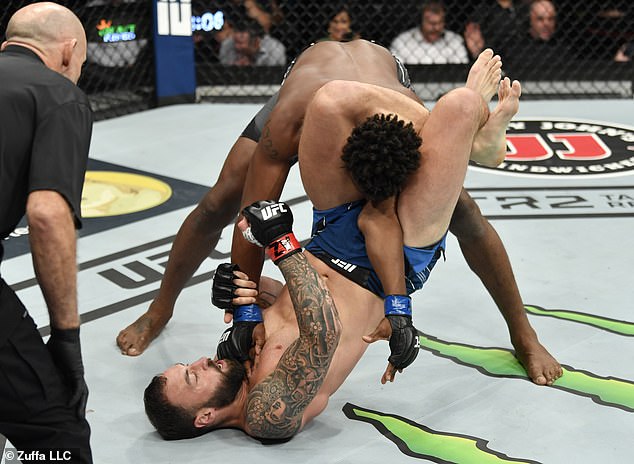 Craig might be two more eye-catching wins from a title shot and that would really test his resolve to retire later this year.

The UFC London card is understood to be taking place at the O2 Arena on March 19 and the Scot thinks that is when he’ll next be in action.

He added: ‘I love fighting. I love the fear of the unknown. I love the walkout, the music. I love it, win, lose or draw, the pageantry that goes along with MMA. It’s going to be March. There’s rumblings that it’s potentially going to be London.’

It remains to be seen who Craig will face but whichever opponent takes the walk into enemy territory knows their grappling defence must be on point. 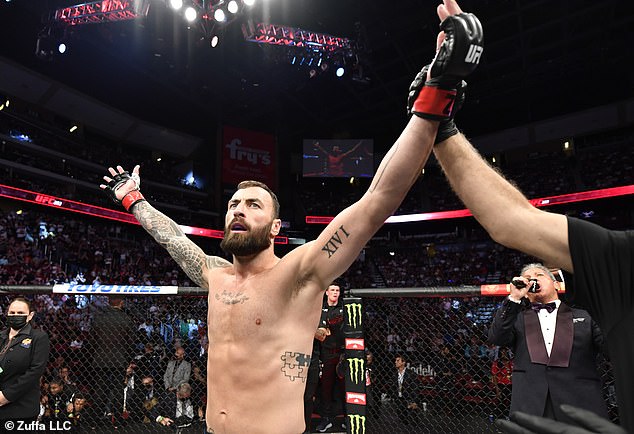 He is undefeated in five fights, earning performance of the night bonuses in three of those and winning via TKO in his last two.

At one point in his career, Craig was on the brink of being cut from the UFC with another loss but pulled out a spectacular last-second submission of Magomed Ankalaev in London to keep the dream rolling.

Another win in England’s capital this March could launch him into a hugely exciting final chapter before he hangs up the gloves.