The latest product of New Zealand’s esteemed City Kickboxing has perhaps the best nickname in the UFC – and the backing of its world champion fighters to become the sport’s latest star.

Mike Mathetha, better known as Blood Diamond, moved from war-torn Zimbabwe when he was 10, admitting it was ‘scary’ to go to school amid riots and the Mozambican civil conflict.

The 34-year-old told Daily Mail Australia the culture shock was ‘huge’ after arriving in New Zealand from Africa – admitting there were ‘about 10 black families’ in the entire town he settled in.

His latest fight was a first-round submission loss to Jeremiah Wells, a fight he was tipped to win. Blood Diamond and his team admitted he got dragged into a ground fight and didn’t get to showcase his abilities.

In footage prior to the weigh-in for the fight, Adesanya was caught tearing up after seeing his sparring partner on the verge of achieving his dream – something Blood Diamond said shows his selflessness.

Like many fighters, he turned to martial arts because he was bullied at school – before finding a passion largely due to his early connection with UFC Middleweight Champion and sparring partner Israel Adesanya.

‘The world may see him as the champ, but he’s our brother. He celebrates us when we win and picks us up when we have our losses,’ Blood Diamond said.

‘If someone like that can do that in the position he’s in, it encourages other teammates to support each other.’

Blood Diamond said the nickname has followed him throughout his career and he’s now asked iconic ringside announcer Bruce Buffer to only introduce him using the moniker.

The 34-year-old is the only Zimbabwean to fight in the UFC, but hopes the pathways built by him and Nigerian-born Adesanya will allow others to pursue the sport.

The natural athlete was a late bloomer in MMA, explaining he tried ‘literally everything’ as a kid in Africa and NZ.

‘I actually loved hockey, field hockey. I was surprisingly pretty good at it,’ he said. 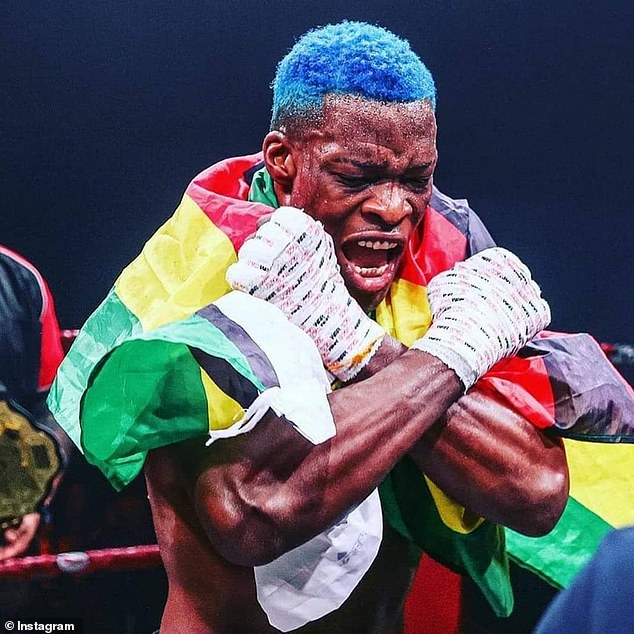 Like City Kickboxing teammate Kai Kara-France, Blood Diamond was drawn to fighting to escape the difficulties of school life – saying the gym helped him find his place in his adopted country.

‘It gives you some sort of power. Being picked on, you just feel helpless. There’s nothing you can do, you’ve just got to take it,’ he told Daily Mail Australia.

‘It felt safe, I earned some power. I hate running, if I tried running they’d catch me. The worst thing that happened was getting whooped while tired so I thought I’d better learn to fight.’

Blood Diamond will face Cosce in the prelims of UFC277 live from the American Airlines Center in Dallas, Texas from midday on Sunday (AEST).