UFC star Jon Jones has reportedly been arrested in Las Vegas on Friday morning over charges of alleged domestic violence and tampering with a vehicle.

The 34-year-old had a past fight of his inducted into the UFC Hall of Fame on Thursday.

As reported by ESPN, Jones was then arrested at 5.45 am at a resort near Las Vegas Boulevard and Flamingo Road.

It’s said that Jones is being charged with misdemeanour battery domestic violence and injuring or tampering with a vehicle.

They add that he is currently being held at Clark County Detention Center and that his total bail is $8,000 (£5,850).

He had been inducted into the Hall of Fame on Thursday for his fight with Alexander Gustafsson at UFC 165 in September 2013. 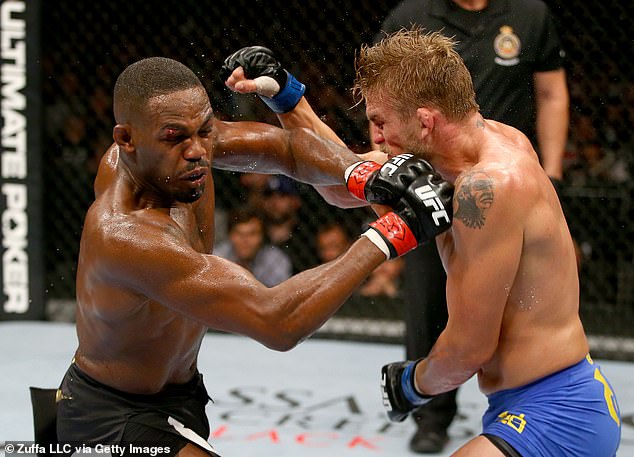 His last fight came in February 2020 when he successfully defended the light heavyweight title against Dominick Reyes at UFC 247.

Since then, he’s vacated the title and started bulking up with the hope of moving up to the heavyweight division. 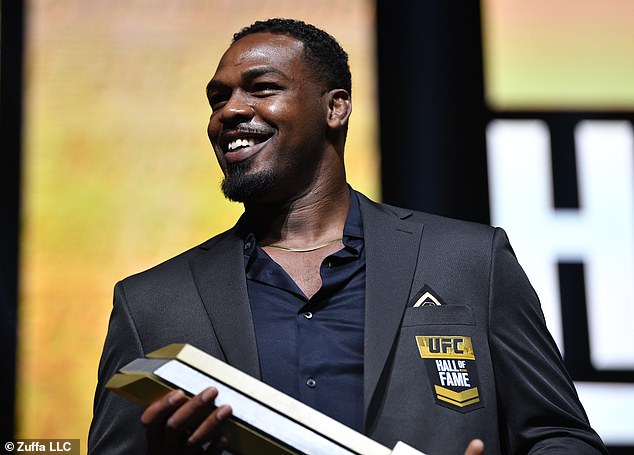 Ahead of his Hall of Fame fight induction he said as per ESPN: ‘I just don’t want to feel smaller than any of the guys.

‘I want to be more conditioned, more skilled and just as strong, if not the strongest guy.

‘Going from light heavyweight to heavyweight is like jumping three weight classes. I just want to do it right.’