Former UFC middleweight champion Michael Bisping has admitted that he fears living the rest of his life in pain as he is set to undergo a surgery after breaking his  back in two places.

The 43-year-old posted a video from his hospital bed on Twitter in which he revealed he is to have a second surgery on his back, after the one he had in the past failed to resolve his issues.

While Bisping didn’t explain how he injured his back, it would be safe to assume that it’s due to his long MMA career in which he has already had a number of operations.

In his Twitter video, he said: ‘Alright, I’m back in the goddamn hospital again, this time because of my back, which is broken in two places, very painful as you can imagine.’

After the same surgery didn’t work in the past, ‘The Count’ fears he will be in pain for the rest of his life if the second operation doesn’t have a successful outcome.

He added: ‘So, they’re doing a procedure, where they’re gonna fry the nerve, it’s called an ablation. 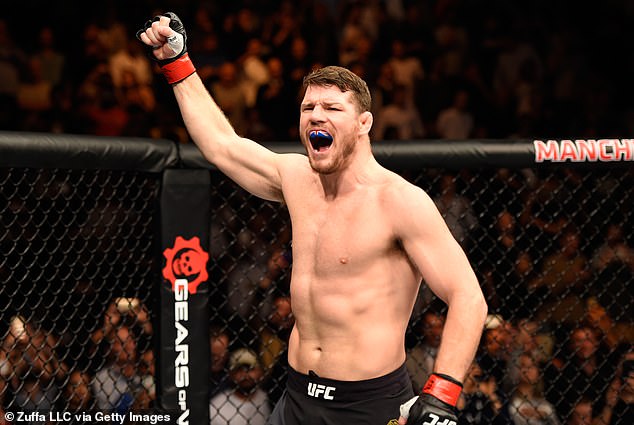 ‘I’ve had it once before, didn’t do anything, so fingers crossed this time it works, otherwise, it’s a lifetime of pain and misery. So, fingers crossed, take care.’

Bisping has had a number of major surgeries, including one on his neck in January 2021, which came 15 months after he had knee replacement operation.

He shared photos before going into the operating theatre on his neck, in which he wrote to his followers: ‘Last one, hopefully. This is a decent one. Anterior Cervical discectomy.

‘They enter through an incision in the front of my neck. Push all my throat and insides to one side to reveal my spine. 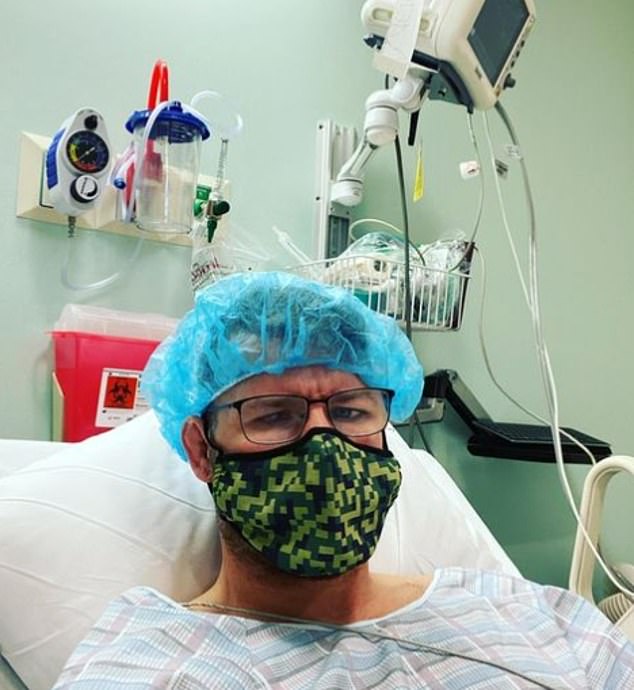 ‘Then they remove a disc, insert a titanium plate, screw in 4 screws and shave down some bone Spurs in the spine and stitch me back up. See you in about 6 hours.’

After coming around again, he gave an update and thanked the doctors and surgeons for their work.

His last fight was a defeat to Kelvin Gastelum in November 2017, and he was inducted into the UFC Hall of Fame two years later.