It was ‘crazy’ for Nick Diaz to fight Robbie Lawler at UFC 266 with only a ‘very poor’ six-week training camp, according to Israel Adesanya’s coach.

Eugene Bareman believes Diaz, who retired in the third round of his rematch with Lawler, needed far more time to prepare properly after six years away from high intensity training camps.

In his post-fight interview, the 38-year-old hinted that he had been pressured into fighting before he was ready.

His cornerman and former UFC fighter Jake Shields elaborated on Twitter when asked why Diaz only had six weeks to train.

He said: ‘Wanted to do a fight later but was pressured to take it before he was ready. People care about money, not his health.’

And City Kickboxing head honcho Bareman labelled it ‘crazy’ to have just six weeks of training, telling Submission Radio: ‘I’m a little bit disappointed, I guess. I mean, I came through the ranks watching Nick Diaz. 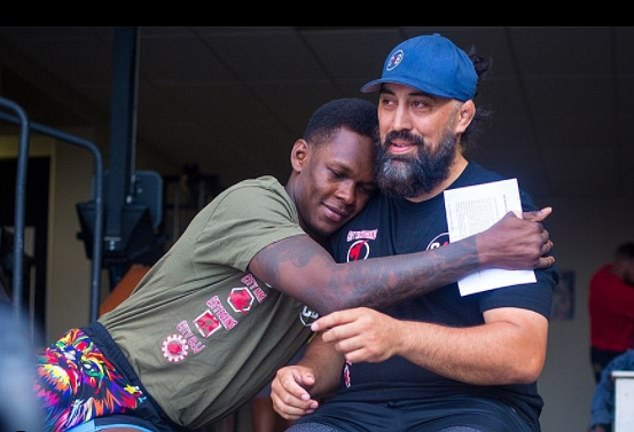 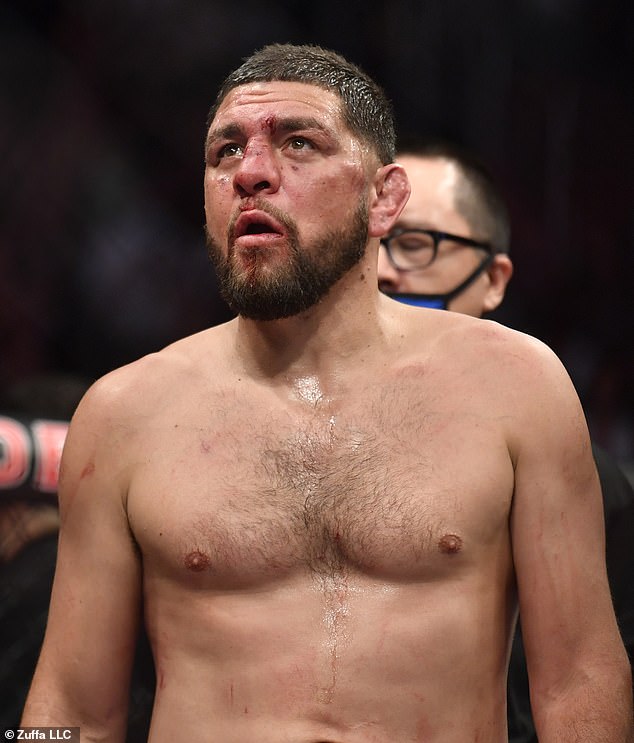 ‘And a guy who’s been out that long and apparently had six weeks to train with — Was it six years, I think? And then why did he only have a six-week training camp? That’s crazy. You can’t do that to someone.

‘He was obviously a big draw, he brings a lot of eyes to the sport, to the pay-per-view and stuff, but you can’t have six years off, jump in against someone who’s been regularly fighting, someone who’s as good as Robbie Lawler, do a six-week training camp and come in there and expect to perform.’

When asked whether time has caught up with Diaz and he should consider retirement, Bareman added: ‘For now, the reason we saw what we saw I think we have to put it down to six years off and a very poor training camp. 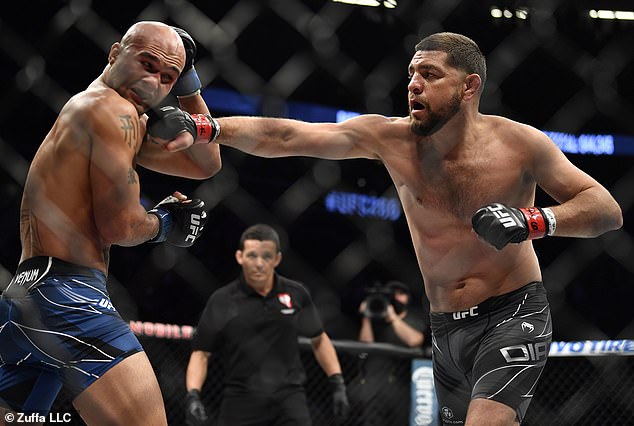 ‘You can’t come to the conclusion that it’s just ’cause he’s old or neurologically damaged.’

The rematch was 17 years in the making after Diaz’s victory over Lawler and the fight was an entertaining back-and-forth battle for as long as it lasted.

Diaz showed he still has slick boxing skills while Lawler delivered a typically effective striking display and ground his opponent down.

It remains to be seen whether the older Diaz brother still has ambitions to fight in the UFC or whether Saturday night was his last hurrah.