UEFA announce they will ABOLISH the away goals rule in European competition IMMEDIATELY, because ‘home teams don’t attack’… but switch risks infuriating fans and club managers

UEFA has voted to scrap away goals from all European club competitions with immediate effect.

The rule, which was introduced in 1965, has since been used to determine the winner of a two-legged knockout tie where teams had scored the same number of goals on aggregate over the two matches.

Now in matches where two teams score the same number of goals over two legs, games will go straight to extra time and then penalties, if they are required. 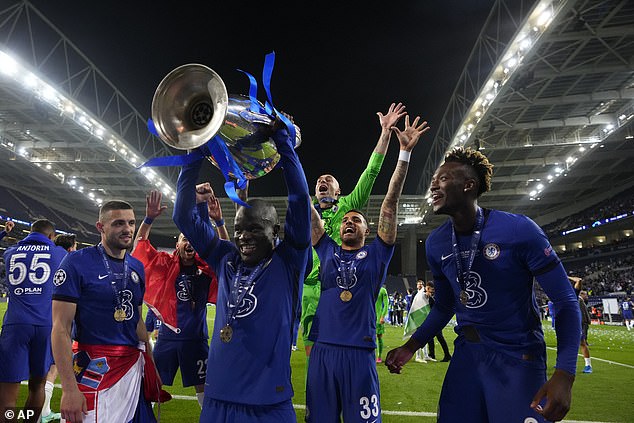 UEFA President Aleksander Ceferin said: ‘The away goals rule has been an intrinsic part of UEFA competitions since it was introduced in 1965. However, the question of its abolition has been debated at various UEFA meetings over the last few years.

‘Although there was no unanimity of views, many coaches, fans and other football stakeholders have questioned its fairness and have expressed a preference for the rule to be abolished.

‘The impact of the rule now runs counter to its original purpose as, in fact, it now dissuades home teams – especially in first legs – from attacking, because they fear conceding a goal that would give their opponents a crucial advantage.

‘There is also criticism of the unfairness, especially in extra time, of obliging the home team to score twice when the away team has scored.

‘It is fair to say that home advantage is nowadays no longer as significant as it once was.

‘Taking into consideration the consistency across Europe in terms of styles of play, and many different factors which have led to a decline in home advantage, the UEFA Executive Committee has taken the correct decision in adopting the view that it is no longer appropriate for an away goal to carry more weight than one scored at home.’ 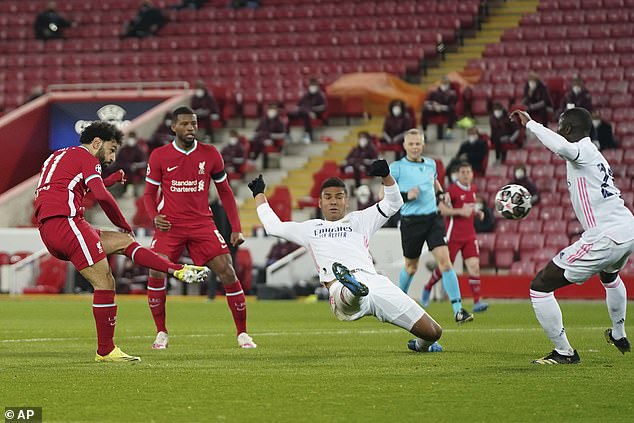 Managers are likely to be furious with the change because matches are now more likely to require extra-time and penalties, giving their players more minutes to contend with.

UEFA cited statistics since the mid-1970s which showed how the gap between home and away wins had reduced.

It talked about better pitch quality, standardised pitch sizes, and even VAR as factors in the decline of home advantage.

UEFA said away goals would also no longer be a separating criteria when looking at matches between two or more sides level on points in the group stage.

However, the number of away goals scored in all group matches could be used from the additional separating criteria available if teams remain equal.

Football fans are divided over the rule change, with many thinking it takes some of the jeopardy away from big European ties.

@jacobotweets posted: ‘Years of history down the drain. How could they actually do this?’

Another user tweeted: ‘Bad decision. It takes away the thrill of the game in the knockout stages. I would have preferred it being scrapped after 90 minutes in the second leg.’

@JoCo_CFC agreed, posting: ‘The amount of 0-0 games and penalty shootouts that we’re gonna see now.. they just killed the dramatic finishes to these games.’

But some other supporters were in favour of the rule change, insisting it was a ‘dumb rule to begin with’.

@DavidSalituro wrote: ‘It was a dumb rule to begin with. The worst part is when a team scored an away goal in extra time in the second leg and advanced, even though they had 30 more minutes than the other team. How was that fair?’