By Michael Powell and Peter Henn For The Mail On Sunday

Officials from European football’s governing body Uefa last night enjoyed a lavish party in London – despite assurances from Cabinet Ministers that they would be allowed to leave their hotels only to attend tonight’s final.

Scores of VIPs who were granted special permission to enter the UK without having to quarantine attended a dinner at Old Billingsgate Market in the City of London.

News of the party will dismay those angry at the Government for buckling to pressure from Uefa to let 2,500 officials into England before coronavirus restrictions are lifted on July 19.

Ministers were reportedly warned by Uefa chiefs that the final would be moved to the Hungarian capital Budapest if they refused.

Culture Minister John Whittingdale assured Sky News: ‘They’re not just able to come in and travel around Britain. They come in to attend a match and go away again.’

Transport Secretary Grant Shapps told BBC Radio 4’s Today programme that Uefa officials will ‘only be able to come here to go to the football’.

The Mail on Sunday watched last night as guests arrived for the function where, according to one source, they could be photographed with the European Championship trophy.

As security guards and staff wearing Uefa lanyards stood outside the venue earlier, deliveries of ice blocks arrived and disco lights were seen being tested.

A man wearing a black lounge suit confirmed he worked for Uefa, adding: ‘We are here for the Uefa official dinner.

Another Uefa delegate turned up in a Euro 2020-branded Volkswagen ID4 while a group from the French Football Federation arrived on a coach with one saying: ‘It should be a good dinner.’ 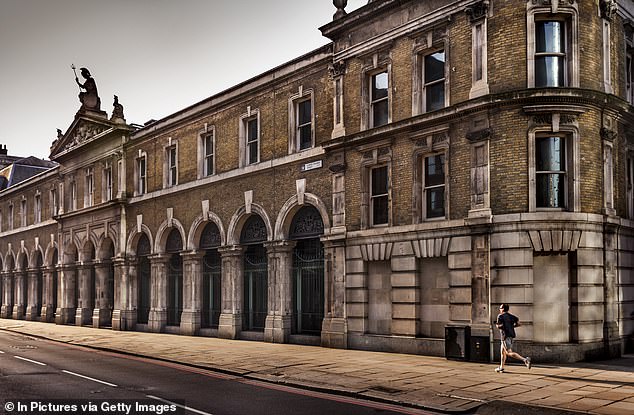 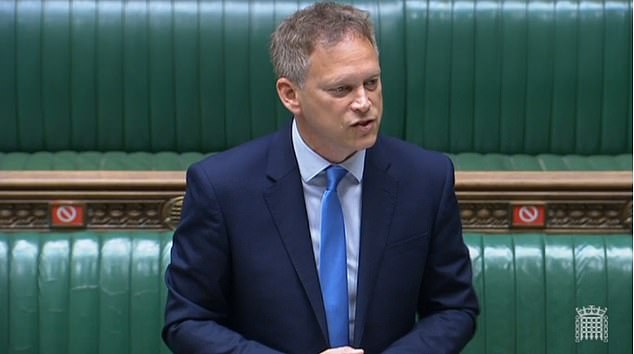 Criticising the event, Labour’s Emily Thornberry said: ‘Not only are these VIPs taking up seats that could have been given to proper football fans, but Ministers appear to have broken their word about what they are doing while they are in the UK in the first place.

‘This was supposed to be a special dispensation just to attend the football – not an excuse for a jolly.’

But a Downing Street insider said: ‘Letting Uefa officials in was the price of hosting the final at Wembley.

‘Can you imagine if we’d have let it go to Budapest?’ Staff at Old Billingsgate Market had been told to expect up to 300 guests. Such events are permitted under current Covid-19 restrictions in England as long as social-distancing measures are in place.

A Government spokesman said the dinner was permitted because it was an official Euro 2020 event.

Under the terms of the agreement between the Government and Uefa, those granted exemptions to quarantine rules for tonight’s final include Uefa executives, council members of world football body Fifa, executives of other regional confederations, board members of Uefa’s 55 member nations, senior executives of sponsors or commercial partners of the tournament and ‘a senior representative of a country whose team is competing’.

Uefa was contacted for comment last night by The Mail on Sunday.