Tyson Fury has teased an impending announcement over his next fight and has suggested it will take place in Saudi Arabia.

Fury took to his Instagram after a gym session to update his fans on his next step after last fighting in October, defeating Deontay Wilder in their third encounter. 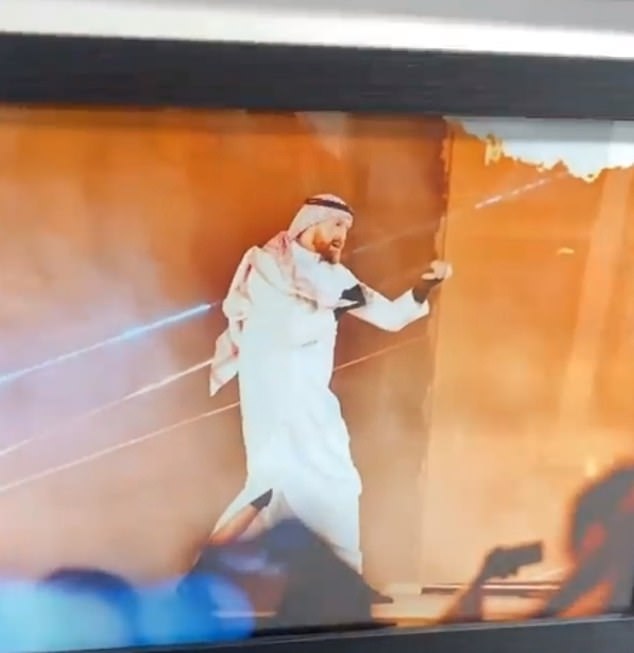 ‘The Saudi Arabian king is coming back! Get up there my boy! Some big news coming, hold tight!’

He then showed a picture of himself in Saudi Arabia for his ‘Crown Jewel’ wrestling match in 2019.

Fury was previously linked to fighting Anthony Joshua in Saudi Arabia. Joshua has fought there before, defeating Andy Ruiz in a rematch after his shock loss.

But a ‘Battle of Britain’ appears to be on the backburner since Joshua lost his belts to Ukraine’s Oleksandr Usyk.

And it was reported last month that Saudi Arabia wanted to host a unification bout between Fury and Usyk. 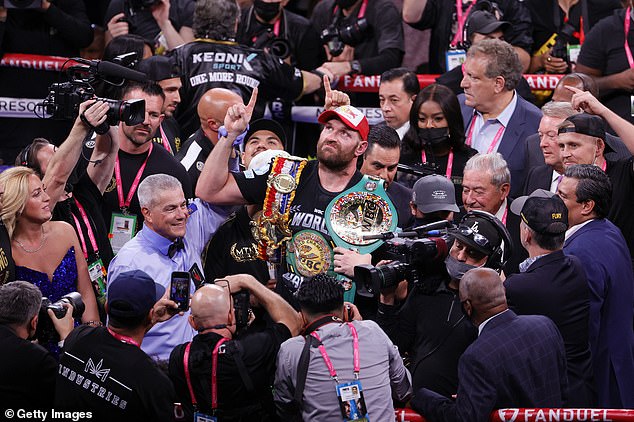 Bob Arum, Fury’s US promoter, revealed the news saying: ‘Anthony Joshua lost to Oleksandr Usyk, who now has some of the belts and there is a rematch clause but we want Joshua to step aside so that Tyson can fight Usyk for all four belts.

‘That would be a unifying fight and we are talking about doing it in Saudi Arabia, who want to stage that fight in March.’

The Gypsy King has also been mooted with fighting Dillian Whyte, who is the mandatory challenger for the WBC belt.