Two schoolboys have been jailed for life for the 100-blow Samurai sword murder of factory supervisor Robert Wilson.

Kiyran Earnshaw, 18, and Luke Gaukroger, 16, have been sentenced at Leeds Crown Court to minimum terms of 22 years and 16 years, eight months respectively.

The teenagers were confronted by Mr Wilson’s wife during the trial who asked them ‘How on earth have we come to this’.

CCTV footage, played in court, showed how Mr Wilson, 53, was investigating youths hanging around outside the Thornton and Ross pharmaceutical plant in Huddersfield when he was attacked by Earnshaw and Gaukroger, who passed a 20ins sword between them, at one point trying to decapitate their helpless victim. 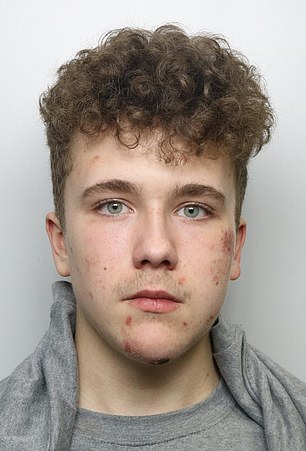 Kiyran Earnshaw, 18, and Luke Gaukroger, 16, have both been jailed for life over the murder 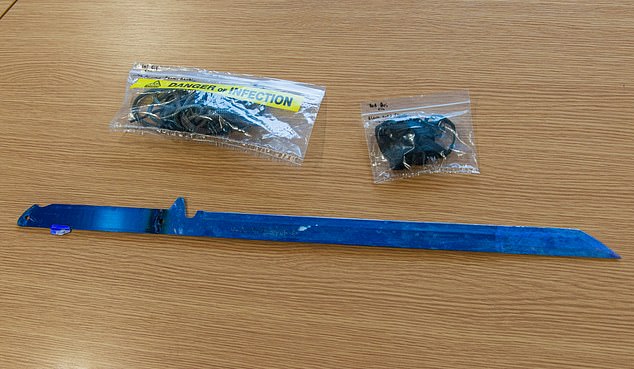 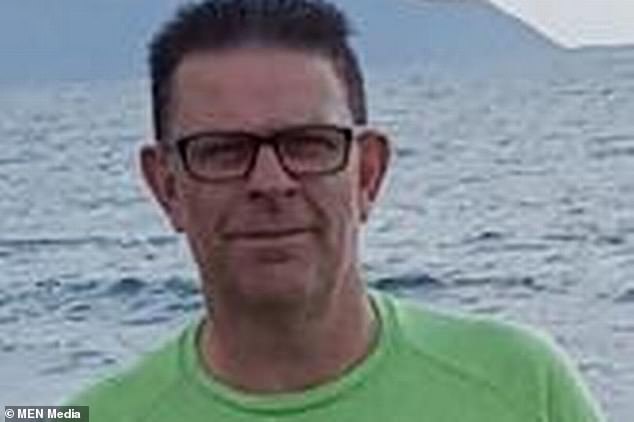 Robert Wilson, 53, was brutally attacked after going outside to investigate youths outside

The recording, also played in court, captured the night shift supervisor’s pleas to the youths to stop their attack.

Leeds Crown Court heard that Mr Wilson was married with two grown-up children and enjoyed gardening, golf and walking in the Yorkshire Dales.

His wife Elaine told the court his death was ‘completely incomprehensible’, adding: ‘How on earth have we come to this and why?’

She said she was sickened to receive a letter from one of the defendants saying it was the ‘worse night of my life and ‘I’m sorry”. She told the judge she had been shocked to ‘feel so much hate’. 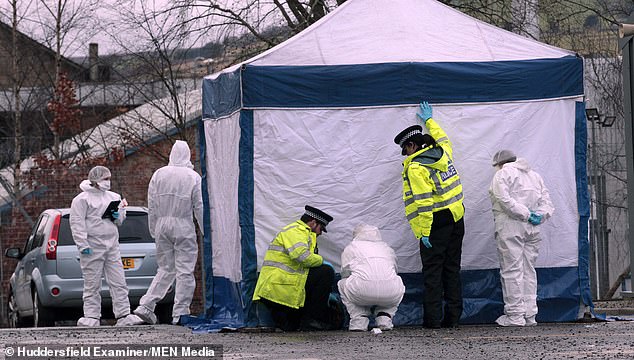 We as a family would like to thank everyone in this case; the emergency services for their efforts to save Robert’s life, DCI Bowes and his team for their hard work and care of us over the last 7 months, our QC Peter Makepeace and his honour Mr Justice Lavender for finally delivering (some kind of) justice.

Robert was a much loved husband, stepfather, brother, uncle and friend. He was hard working, had a wicked sense of humour, and was fun to be with. He enjoyed many things in life, loved all sports, gardening, long distance walking (especially in the Yorkshire Dales) and music of which he was very knowledgeable. His passion for the game of golf brought many friends into our lives and he loved being a member of Dewsbury District Golf Club.

As a boss he was very much admired and respected by his team, not only as a manager, but also as a mentor and friend to all. It is a testament to Robert that both his golf club and company are honouring him with memorial days, awards and trophies in his name. It is a comfort to us to know he will not be forgotten and that he made his mark in so many ways. He was a caring man who took the time to help out at a local nursing home and chat to the residents, raising a smile on their faces. Everyone has been left devastated by his death.

Without a doubt the hardest part of losing Robert has been the manner in which he lost his life. That he had such a horrific death has been hard to bear for us. We have tried to look for positives and are thankful that it was only one life that was taken, it could quite easily have been more. We are just so glad that these youths are now off our streets as they obviously have no regard for anyone. To do what they did is incomprehensible to any ‘normal’ human being and they do not deserve a place in society.

Going forward the family are determined to find some good from this ordeal and will support in any way we can the various knife crime programmes run in conjunction with West Yorkshire Police. I feel passionate that as parents and law abiding citizens we need to educate the young on the devastation which can be caused by these senseless acts of violence, which as proved by Robert’s death, can happen to anyone at anytime and anywhere.

I have had the privilege of being Robert’s wife but I am devastated that my life has to carry on without him.

The family would like to thank everyone who have offered their love and support throughout.

She said to the defendants: ‘I want you to know you have taken the life of a much respected, admired and good man.’

Peter Makepeace QC, prosecuting, told the court that Earnshaw started the attack after producing the blue sword from inside his tracksuit bottoms.

After multiple blows and kicks to Mr Wilson, Earnshaw passed the sword to Gaukroger, who can be identified after the judge lifted reporting restrictions following a submission by the PA Media news agency.

Mr Makepeace said the pair paused at one point to catch their breath and to rifle through Mr Wilson’s pockets, taking his coat.

The prosecutor said that, after they resume the attack, ‘Earnshaw and Gaukroger together holding the sword and crouching to the upper body then seem to make a concerted effort to saw the head from the shoulders’.

‘Both then jointly stab the upper body using their combined force.’

Police who arrived at the scene reported seeing one of the pair ‘using the sword in sawing motion to the neck area of the deceased as if trying to detach the head from the body’.

Mr Makepeace said Earnshaw was Tasered twice before he was arrested and officers used an incapacitant spray on the boy.

The court heard that Mr Wilson had left the plant to talk to the youths in the car park with colleagues Paul Thewliss and John Badejo.

Mr Badejo was seriously injured as he tried to help his friend and both men were forced to flee for their lives, Mr Makepeace said.

He said: ‘There is no suggestion they were anything other than polite and decent in their dealings with the youths once they met up in the car park.’

Mr Makepeace said the defendants were seen taking tablets ‘washed down with vodka and other alcohol’ as they hung around Huddersfield with friends before the incident in January.

He said that, after his arrest, Earnshaw was slurring his speech, asking why he had been arrested and complaining of police harassment.

He told officers he had taken cocaine and the tranquilliser Xanax.

Tests on drugs Earnshaw had in his possession found they were Flualprazolam – an artificial substance similar to Xanax which produces drowsiness, confusion and disinhibition

DCI Marc Bowes of the Homicide and Major Enquiry Team, Senior Investigating Officer in the case, said: ‘The murder of Mr Wilson and the serious assault on Mr Badejo were truly dreadful offences in what was a horrendous incident for the community of Linthwaite.

‘It is no exaggeration to say the level of violence used by these males in the attacks was absolutely barbaric.

‘They both acted in a manner which many of us would struggle to comprehend and committed acts which were among the worst that I and other members of my investigation team have witnessed in our policing careers. Thankfully such acts are very rare occurrences in today’s society.’

He added: ‘We can’t begin to imagine the appalling impact Mr Wilson’s murder has had on his family. Their courage and dignity in coping with such a traumatic event has been immense.’