Pictured: Two schoolboys, 17 and 18, who were among three killed in horror Alfa Romeo crash as friends pay tribute to ‘truly amazing’ teenagers

By Stewart Carr and Alastair Lockhart For Mailonline

Two teenagers who lost their lives in a tragic collision in a North Yorkshire have been named.

Aaron Bell, 17, and Loui Bank, 18, were among three who died when their Alfa Romeo crashed in Harrogate on Friday.

Another teenager lost his life in the accident while a fourth was seriously injured.

The four boys were driving a grey Alfa Romeo on the B6268 near Bedale when the car crashed around 11pm on Friday July 29.

North Yorkshire Police said three passengers died from their devastating injuries after a ‘serious collision’ on the road.

No other cars are believed to have been involved.

The driver of the car, an 18 year-old man, also received ‘serious’ injuries and is currently being treated in hospital.

Aaron Bell, 17, and Loui Bank, 18, were among three boys who died when their Alfa Romeo crashed in Harrogate on Friday 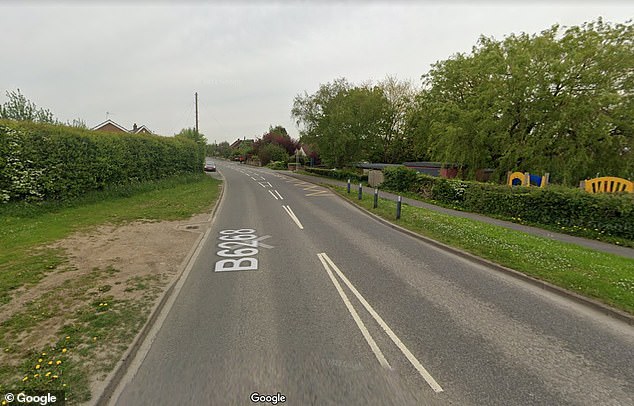 Hundreds of heartful tributes have been posted online in response to the shocking accident.

Paul Green, from Richmond, wrote: ‘My brother has just called to tell me about the crash near Bedale that has taken the lives of three teenagers last night.

‘I have no idea of the circumstances of the crash but I do have teenage boys who like going out with mates in their cars and it scares the life out of me seeing this. Thoughts go out to the families dealing with this today.’

Tricia Davis said: ‘This is heartbreaking for all the families involved, my heart goes out to you all, RIP.’

Ellie Robinson said: ‘So very very sad. As a mum of a 17 year old son this is my worst nightmare and as a paramedic my worst shout. RIP young men.’

Bobby Smith-Hazelton wrote: ‘Oh my goodness how sad. Thoughts are with their family and friends, such sad news.’

Debbie Cook said: ‘How awful, my thoughts go out to the families of all 4 boys and the emergency crews in attendance. What a tragic loss.’

Police have appealed for any witnesses to the deadly crash to come forward.

The road stayed closed this morning, July 30, as officers investigated the scene of the crash.

‘Around 11pm on Friday 29 July 2022, a grey Alfa Romeo car was involved in a collision on the B6268, Masham Road, near Thornton Watlass, Bedale.

‘The vehicle containing four young men was travelling from Bedale towards High Burton. At this stage, it is not believed that any other vehicles were involved.

Anyone with information connected to the crash can email MCIT@northyorkshire.police.uk or call North Yorkshire Police on 101, select option 2, and ask for the Major Collision Investigation Team – quoting reference number 1222013414.