Two pilots ejected from their F-15 Tuesday morning on the runway at MidAmerica St Louis airport in Mascoutah, Illinois.

It is not clear if their ejection seats malfunctioned or if the pilots punched out. The plane was on the ground when the pilots ejected, Fox2 reports and it came to rest off the runway on the grass.

One pilot has minor injuries and the other is unscathed, The St Louis Post Dispatch reports. It’s not clear whether the jet ran into trouble during take off or after landing at MidAmerica.

Emergency responders arrived at the scene at 7:30am local time. Footage from the scene shows the jet on the runway with fire crews nearby.

Photo of the F-15 on the runway at St Louis airport shows it missing its canopy after the pilots ejected. 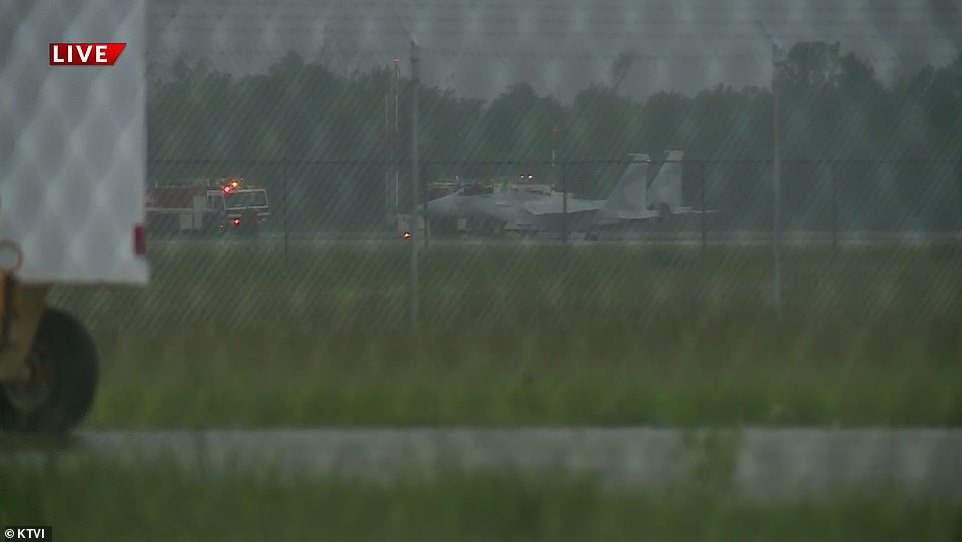 Emergency responders arrived at the scene at 7:30 a.m local time 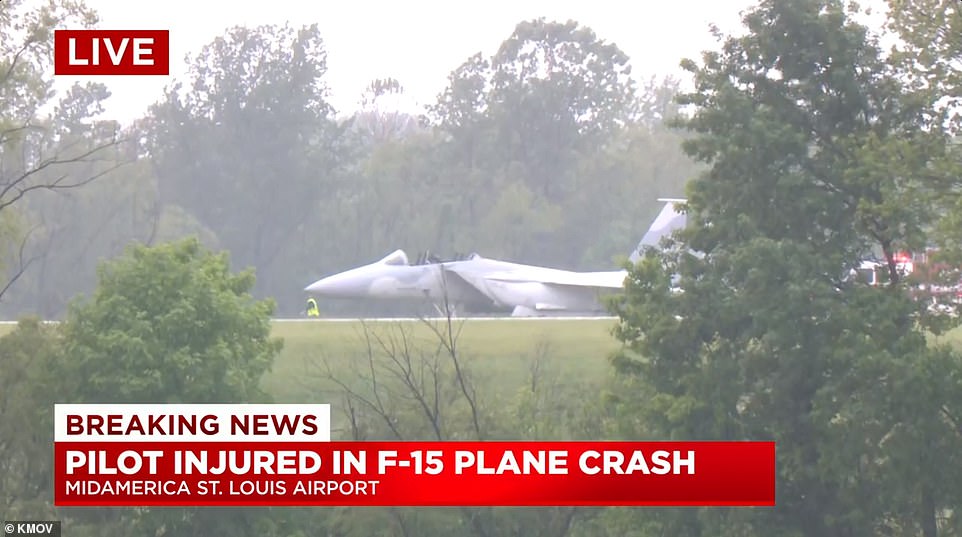 The plane was on the ground when the pilots ejected, Fox2 reports=

The aircraft is an F-15QA that is one of 36 that are being built for the Qatar Emiri Air Force by Boeing under a $6.2bn contract.

In February Scott Air Force Base said the new F-15QA planes would be used in training exercises at the airport.

The F-15QA is the most cutting edge version of the Strike Eagle, that first entered service in 1976, and is what the USAF has based its next version, the F-15EX, on.

The F-15QA has more wing hardpoints so that it can carry an increased weapons payload, advanced radar, a helmet that projects information on to the pilot’s visor and more powerful engines.

It is unclear what the unit cost of an F-15QA is, hoverer the cost of the almost identical F-15EX has been placed at $87.7million by Air Force Magazine.

Scott Air Force tweeted earlier this year: ‘Formal training and instruction will be given to the pilots of this new aircraft over the next several months.’

Boeing operate from the company’s plant at Lambert International Airport in St. Louis. But they also have facilities at MidAmerica. 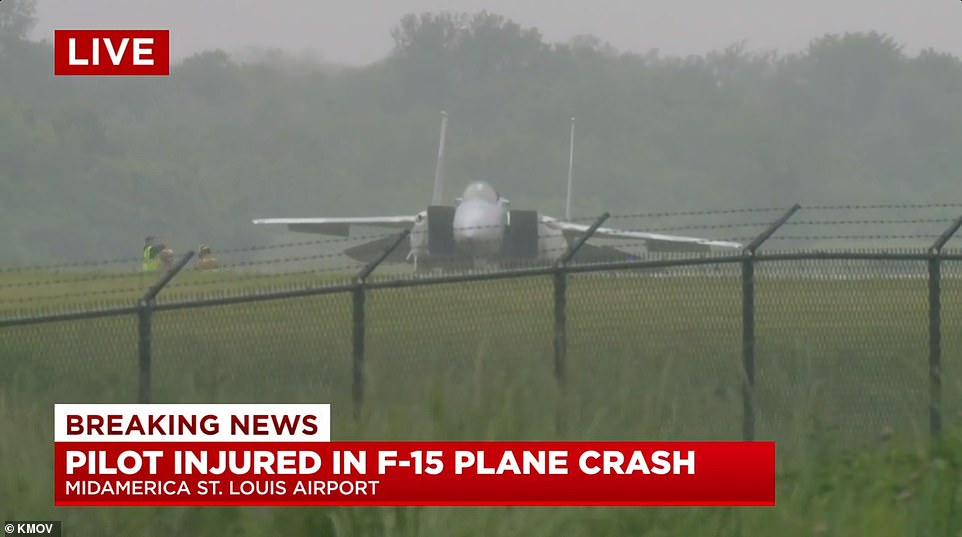 One pilot is injured, The St Louis Post Dispatch reports 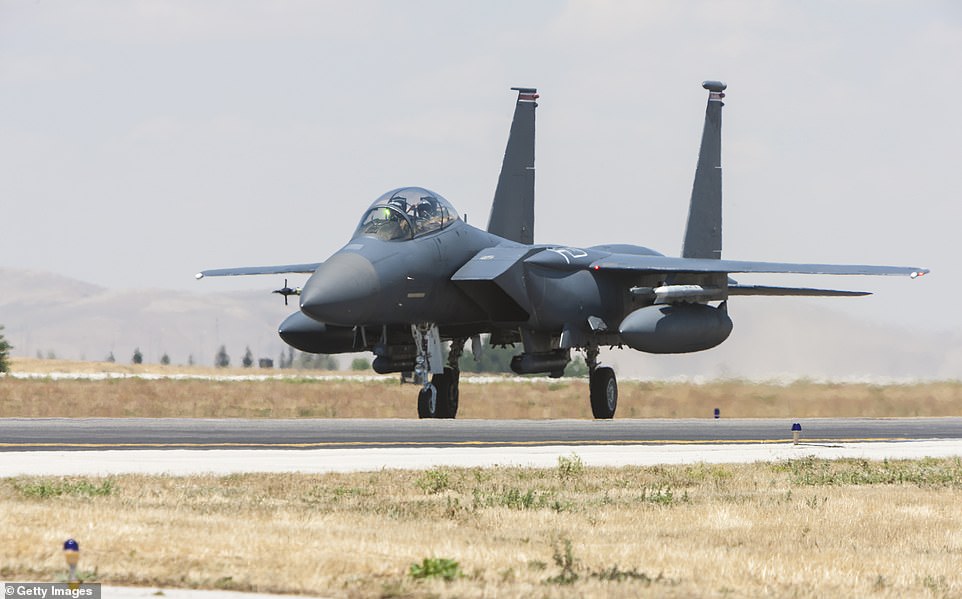 In February Scott Air Force Base said the F-15QA plane would be used in training exercises at the airport. The base tweeted: ‘Formal training and instruction will be given to the pilots of this new aircraft over the next several months’ (stock image)