Two pills to help treat Covid infections have been approved by the Therapeutic Goods Administration for the first time in Australia.

The oral treatments, Paxlovid and Lagevrio, have been approved for adults who catch the virus and who are at risk of hospitalisation or death.

‘Neither product is intended to be used as a substitute for vaccination against Covid-19,’ the group said.

‘Either medicine should be administered as soon as possible after diagnosis of Covid-19 and within 5 days of the start of symptoms.

‘Lagevrio is available as capsules, while Paxlovid comprise separate tablets of nirmatrelvir and ritonavir.

‘In both cases, the medicines are taken twice a day for 5 days.’

Lagevrio works by inhibiting the replication of the virus and both treatments are not recommended for use in pregnant women or those breastfeeding.

Paxlovid, designed by Pfizer, works by blocking ‘the activity of a protease enzyme’ that Covid needs in order to replicate.

‘Paxlovid  must also not be used with a number of other commonly used medicines, either because for some medicines this may lead to potentially harmful increases in their blood levels, or in the case of some other medicines they may reduce the activity of Paxlovid,’ the TGA said.

The treatment should also not be used in patients with severely reduced kidney or liver function. 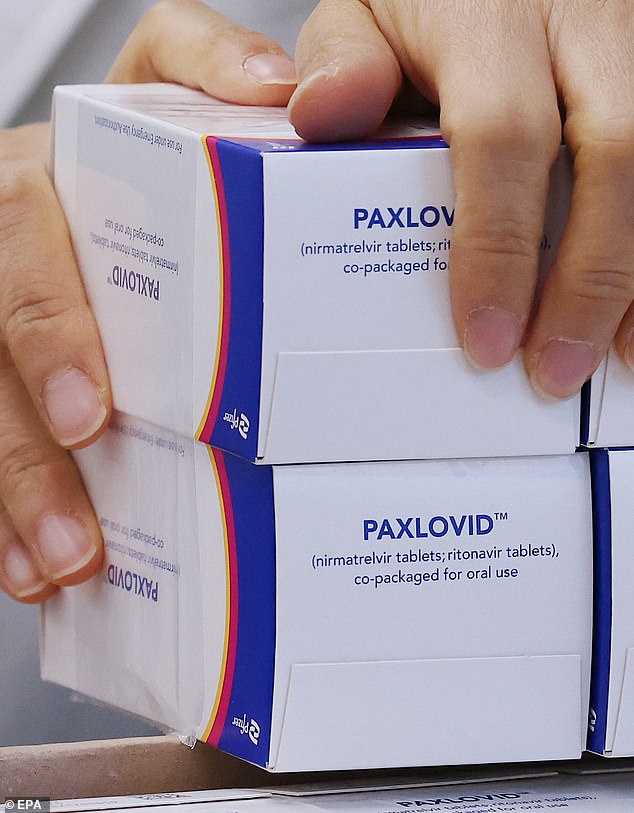 Both medications, Paxlovid and Lagevrio should be taken twice a day for five days after infection 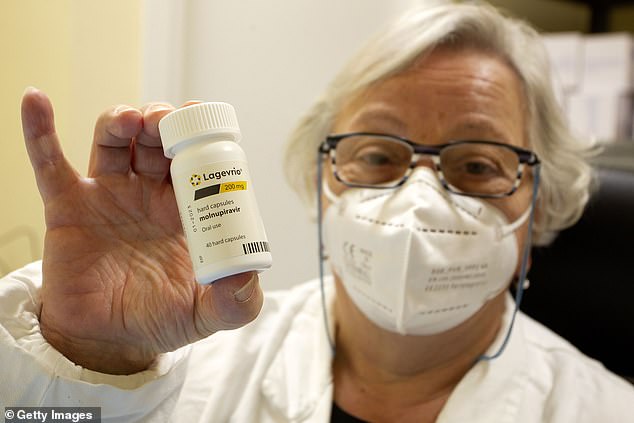 ‘(They) will build on what we’re already doing through the intravenous or hospital treatments,’ he told the ABC.

‘They will help people who are at increased risk of going from mild to moderate and deemed by medical professionals to have the risk of progression of more serious conditions.’

The government has secured access to 500,000 to Paxlovid treatments and 300,000 Lagevrio courses.

Pfizer’s chief scientific officer Mikael Dolsten said evidence from the use of the Paxlovid medicine showed it was an ‘important and effective tool’ in protecting people from the virus.

‘We specifically designed Paxlovid to retain its activity across coronaviruses, as well as current variants of concern with predominantly spike protein mutations,’ he said.

‘Following the clinical findings – showing Paxlovid reduced risk of hospitalisation or death by nearly 90 per cent compared to placebo for high-risk patients when treated within five days of symptom onset – we are encouraged by these initial laboratory findings.’

The UK had approved the use of Lagevrio, developed by Merck Sharp & Dohme, in November, the first country in the world to do so.