Two Met Police officers given misconduct warnings after ‘failing to disclose information’ in disappearance of student Richard Okorogheye, 19, who was found dead two weeks after vanishing from London home

Two Metropolitan Police officers have been handed misconduct notices for potential failings in the case of Richard Okorogheye, reports say.

Mr Okorogheye, 19, went missing from his home in west London on March 22, and was found more than a week later in a lake in Epping Forest, 20 miles away.

Now the Independent Office for Police Conduct (IOPC) say two officers on the case ‘may have failed to pass on new and relevant information to the team responsible for missing person assessments’, Sky News reports.

The teenager’s mother Evidence Joel had previously claimed those who were handling the case had mistreated her. 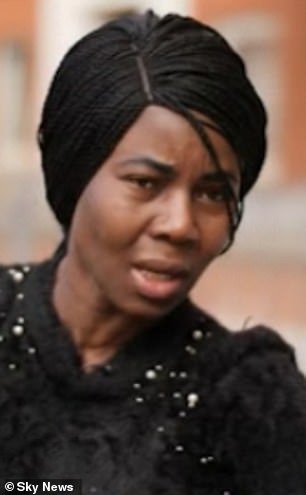 Richard Okorogheye (left), who had sickle cell disease, went missing on the evening of March 22 – and his body was found on April 5. The teenager’s mother Evidence Joel (right) had previously claimed those who were handling the case had mistreated her

Mr Okorogheye was seen on CCTV in Loughton, walking alone on Smarts Lane towards Epping Forest at 12.39am on March 23

Earlier this year the IOPC said it would investigate Mrs Joel’s complaints about the way she was initially treated by police, how her reports about her son’s disappearance were handled.

IOPC regional director Sal Naseem said the investigation would establish ‘whether the police responded appropriately to the concerns raised that Richard was missing’, and whether the ethnicity of those involved had played a role in the handling.

She added: ‘We will examine whether the force appropriately risk assessed those reports, and if the amount of resources the Metropolitan Police dedicated to its enquiries were suitable based on the information known by the police and the risks posed.

‘As there is a mandatory requirement for police forces to refer to us incidents which result in a death or serious injury, we will examine the actions and decisions of the police when dealing with the missing person report made in respect of a vulnerable young man.

‘We will also consider whether Richard’s or his mother’s ethnicity played a part in the way the initial reports of his disappearance were handled.’