A 42-year-old man who worked at a hospital close to Wuhan has become the second doctor to die of coronavirus within 24 hours in China’s Hubei province, health officials have confirmed.

Huang Wenjun, who specialised in respiratory medicine, suffered pneumonia on duty at Xiaogan Central Hospital, in Hubei, China, and died at around 7.30pm LT.

Doctor Huang Wenjun (pictured), 42, has died after contracting coronavirus while working on duty at Xiaogan Central Hospital, in Hubei, China

Many social media users have shared tributes to the doctor – with one writing ‘condolences, a hero you’ll be remembered’ and another saying ‘may he rest In peace’.

They added: ‘My condolences to his family and friends. Not all heroes wear capes.’

In a another tweet, one wrote: ‘I have so much respect for people like Huang Wenjun. His passing is a great loss for humanity.’

It comes less than 24 hours after Dr Xia Sisi died from coronavirus after being infected by patients at Union Jiangbei Hospital of Wuhan in central China’s Hubei province. 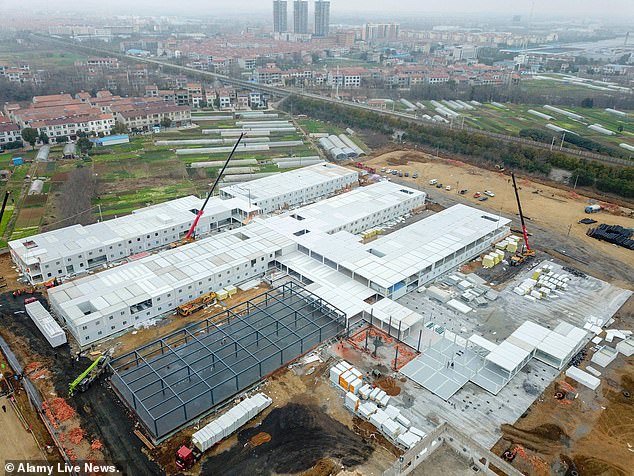 The physician, 29, was hospitalised on January 19 and later transferred to Zhongnan Hospital of Wuhan University when her condition worsened on February 7.

Of the 648 new infections in China, only 18 were outside of Hubei province, the lowest number outside the epicentre since authorities began publishing data a month ago and locked down large parts of the country.

Figures today show further deaths in Iran, South Korea and on board the Diamond Princess cruise ship off the coast of Japan.

Four cruise ship passengers flown to England this weekend have tested positive for coronavirus, bringing the total number of confirmed cases in the UK to 13.

They have been transferred to specialist NHS infection centres.

And there is a reported surge in untraceable clusters of new coronavirus patients which has caused experts to warn that ‘containment methods are not going to work’. 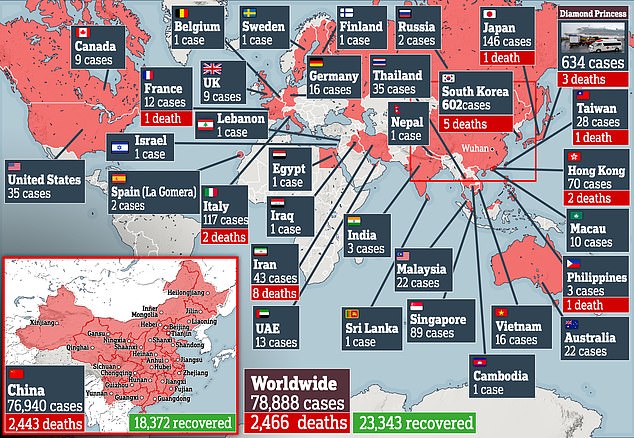