Two dead, several seriously hurt in gun attack on gay bar in Oslo: Police rush to the scene after ‘up to 20 shots’ fired at London Pub

By Lizzie May For Mailonline

Two people have been killed and several seriously wounded in a shooting at a nightclub in Norway, police have confirmed.

Police have arrested a suspect at the scene.

Oslo Police District said: ‘Two people have been confirmed dead in the shooting episode. There are several seriously injured.

‘The police defined the mission as a PLIVO incident.’

Two people have been killed and several seriously injured in a shooting at a nightclub in Norway, police have confirmed (pictured is the scene outside the nightclub) 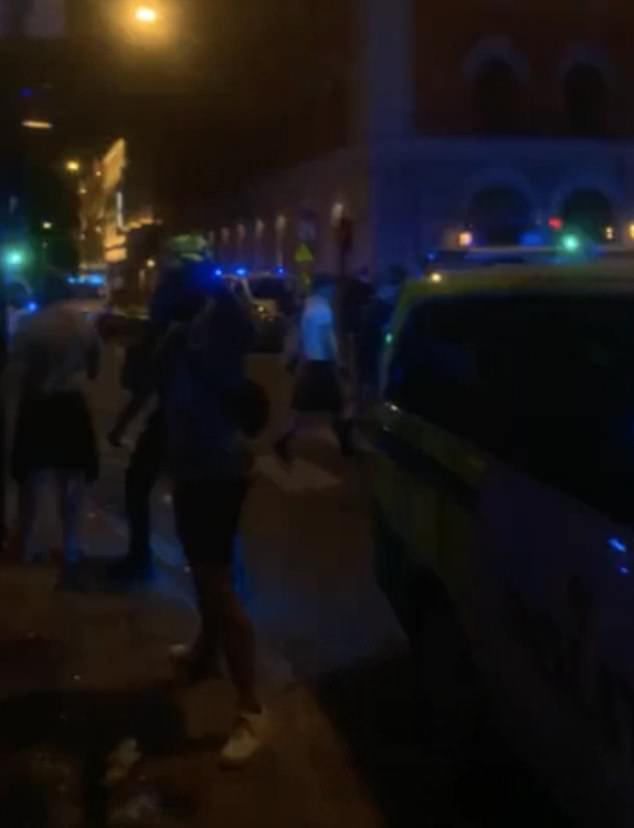 It has been reported that ‘up to 20 shots’ were fired in the nightclub.

Norwegian Police also said that a person has been arrested near the scene shortly after the incident.

Norway’s BNN Newsroom tweeted: ‘The police ask people in the area to move away, to make room for ambulances.’

There is no word on a motive at the moment. A large police response is underway, with a number of ambulances in the area.