The hunt for the Yorkshire Ripper became the biggest manhunt Britain had ever known.

But despite the 2.5 million police man hours expended on catching him, Peter Sutcliffe was allowed to continue his murderous spree for more than five years.

During the police inquiry he was interviewed nine times, but was only caught when picked up by chance with a prostitute in his car. He eventually attacked 20 women, killing 13 of them, between 1975 and 1980.

A series of spectacular police blunders left even Sutcliffe amazed that he had not been caught before.

At his Old Bailey trial he said: ‘It was just a miracle they did not apprehend me earlier – they had all the facts.’

The Ripper incident room at Millgarth police station used a card index system which was overwhelmed with information and not properly cross-referenced, leading to evidence against Sutcliffe getting lost in the system.

Crucial similarities between him and the suspect, like the gap in his teeth and his size seven feet, were not picked up.

As early as 1976, when Marcella Claxton was hit over the head with a hammer near her home in Leeds, potentially vital evidence was overlooked.

She survived the attack and was able to help police produce a photofit – which later proved to be accurate – but she was discounted as a Ripper victim because she was not a prostitute.

On one occasion Sutcliffe was interviewed by officers who showed him a picture of the Ripper’s bootprint near a body – they failed to notice that Sutcliffe was wearing the exact same pair of boots.

When a £5 note was found in the pocket of 28-year-old Jean Jordan, in Manchester in 1977, police again failed to connect Sutcliffe. 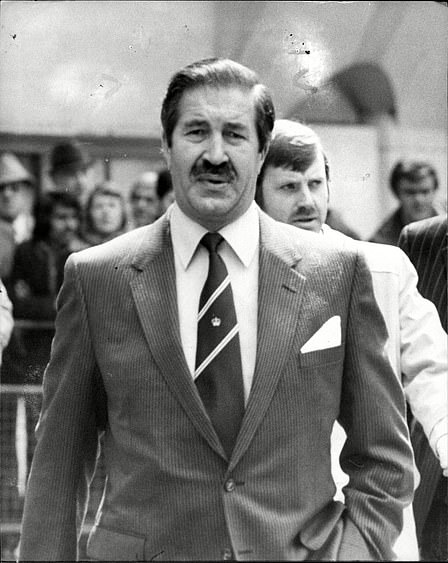 Detective Chief Superintendent Hobson replaced Oldfield in November 1980. He immediately downgraded the importance of the Wearside Jack tape and letters

The note was traced to one of six companies, including Clark Transport, which employed Sutcliffe as a lorry driver.

He was interviewed but was given an alibi by his wife and mother, which was accepted.

Police also overlooked Sutcliffe’s arrest in 1969 for carrying a hammer in a red light district, and attempts by his friend Trevor Birdsall to point the finger at him in a anonymous letter.

But the worst blunder came in 1979, when Assistant Chief Constable George Oldfield of West Yorkshire Police , who was in overall command of the hunt, was hoodwinked by a hoax tape and two letters sent from Sunderland, which purported to be from the Ripper.

There were warnings of a hoax from voice experts and other detectives, but Oldfield pressed on, convinced this was his man.

Because the voice on the tape had a North East accent, Sutcliffe, who was from Bradford, was not in the frame.

Oldfield’s mistake has been described as one of the biggest in British criminal history, but he was widely regarded as a ‘top notch copper’.

An ‘old school’ policeman with three decades experience, he was a hard drinking, dedicated man who developed a deep personal obsession with nailing the Ripper.

He worked 18-hour days and made a personal pledge to the parents of the sixth victim, Jayne MacDonald, that he would catch the killer.

When the tape arrived it was a personal message to Oldfield, which said: ‘Lord, you are no nearer catching me now than four years ago when I started.

‘I reckon your boys are letting you down George. You can’t be much good can ya?’

Later the same year Oldfield had a heart attack at the age of 57, and was subsequently moved off the case.

He has been described by friends as ‘the Ripper’s 14th victim’.

With attention focused on suspects with a North East accent, the Ripper continued his killing spree and claimed his 13th and last murder victim, 21-year-old student Jacqueline Hill, late in 1980.

At that time police had a league table of suspects.

There were 26 in Division One – at the top was a completely innocent taxi driver who they tailed for months.

Then, in January 1981, police finally got some luck when Sutcliffe was arrested by officers in Sheffield, who stopped him with a prostitute in his brown Rover car.

The car had false number plates and Sutcliffe’s name was passed on to the Ripper squad, where it came up on their index cards. 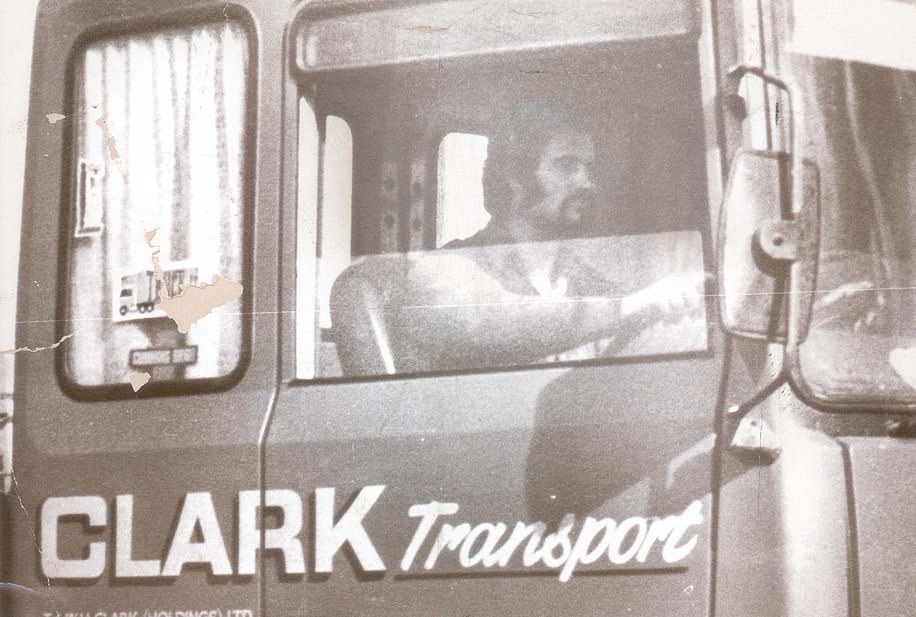 When a £5 note was found in the pocket of 28-year-old Jean Jordan, in Manchester in 1977, police again failed to connect Sutcliffe. The note was traced to one of six companies, including Clark Transport, which employed Sutcliffe as a lorry driver

He had always denied any involvement with prostitutes in his previous interviews, and they decided to talk to him again.

The officers who went to Dewsbury police station to interview him looked at the car and found screwdrivers in the glove compartment.

The Sheffield officers, meanwhile, hearing Sutcliffe was a Ripper suspect, went back to the scene of his arrest and found a hammer and knife 50ft from where his car had been.

Sutcliffe had dumped the weapons when they allowed him to go to the toilet at the side of a building.

Police also visited Sutcliffe’s wife Sonia, who admitted he had not got home until 10pm on Bonfire Night, when a 16-year-old girl was attacked.

As the net closed, Sutcliffe suddenly and unexpectedly confessed.

He calmly told Detective Inspector John Boyle, who was interviewing him : ‘It’s all right, I know what you’re leading up to. The Yorkshire Ripper. It’s me. I killed all those women.’

He then began a detailed confession lasting 24 hours, and asked for Sonia to be brought in so he could tell her personally that he was the Ripper.

Sutcliffe went on trial at the Old Bailey in May 1981, where he claimed he had been directed by God to kill prostitutes.

The jury had to decide whether, at the time of the killings, he believed he was carrying out a divine mission.

After lengthy deliberations they returned a 10-2 majority verdict of guilty and was jailed for life.

The case remains one of the most notorious of the last 100 years and the assessment of what went wrong in the investigation is still having an impact on major police inquiries to this day.

The Wearside Jack messages were finally, conclusively proved to be hoax nearly 30 years after they were sent when Sunderland alcoholic John Humble admitted perverting the course of justice and was jailed for eight years in 2006.