Evidence in the rape trial of Brittany Higgins’ former colleague, Bruce Lehrmann, could wrap up as early as Tuesday, as the alleged victim is set to return to the witness stand for cross-examination tomorrow.

Lehrmann is charged with sexual intercourse without consent and is being tried in the ACT Supreme Court. He has pleaded not guilty.

The trial had originally been set with a four to six-week timeline, however, Chief Justice Lucy McCallum told the jury on Thursday that things are running ahead of schedule.

‘We’re on track to finish on Tuesday,’ she told the court.

The prosecution are expected to deliver their closing arguments next week.

Ms Higgins has so far been absent for four days – half the criminal trial – but she will return on Friday to face continued cross-examination by Lehrmann’s defence lawyer Steven Whybrow.

The trial has continued in Ms Higgins’ absence with the Crown calling other witnesses.

The court has prevented publication of any evidence from other witnesses until after Ms Higgins has completed her evidence.

Last week, Ms Higgins was reduced to tears while being quizzed by Mr Whybrow.

He asked why she didn’t hand her phone over to police on the first request, and about the $325,000 book deal she landed – with the assistance of Lisa Wilkinson’s husband, Peter FitzSimons.

The court heard FitzSimons suggested she write a biography about her experiences – to which Ms Higgins told them she had already started drafting chapters, before she made an official statement to police. 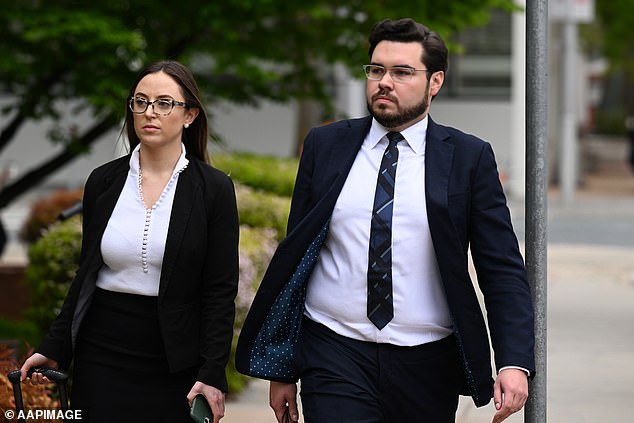 Mr Whybrow also put to Ms Higgins she pretended to have doctor’s appointments in the week after the alleged assault to ‘bolster’ her story – which she vehemently denied.

Ms Higgins earlier told the court she made multiple doctor’s appointments with the intention of going but could not bring herself to attend them.

‘I intended to do the right thing but every time I went home I was collapsing and unable to get out of bed because I was so deeply depressed because I had been assaulted at work by a colleague,’ she told the court.

Mr Whybrow asked Ms Higgins if she didn’t go to the doctor because she hadn’t had sex with anybody on the night she alleges she was raped. 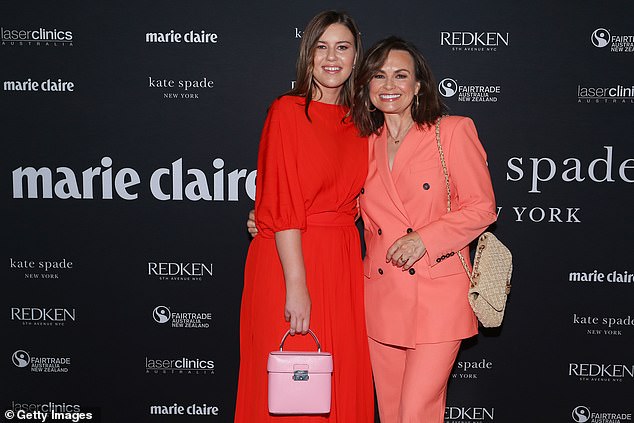 Defence lawyer asked about the $325,000 book deal she landed – with the assistance of Lisa Wilkinson’s husband, Peter FitzSimons – before she made a statement to police

Ms Higgins was also questioned about her delay in providing the police with her phone when she reopened the complaint against Lehrmann in 2021.

She admitted she had cleared the phone of some text messages as well as photos of herself with Liberal ministers or holding alcohol but denied she was trying to withhold evidence from police.

‘I didn’t want to look at politicians in my camera roll anymore. I just wanted them gone.’

Mr Whybrow also asked why she didn’t tell anyone about the alleged assault for a number of days – despite being in contact with Mr Dillaway and her father via text messages.

In the texts, the Mr Dillaway and Ms Higgins engaged in light banter about tacos, margaritas, and his recent drive from the Gold Coast in Queensland to Orange in NSW. 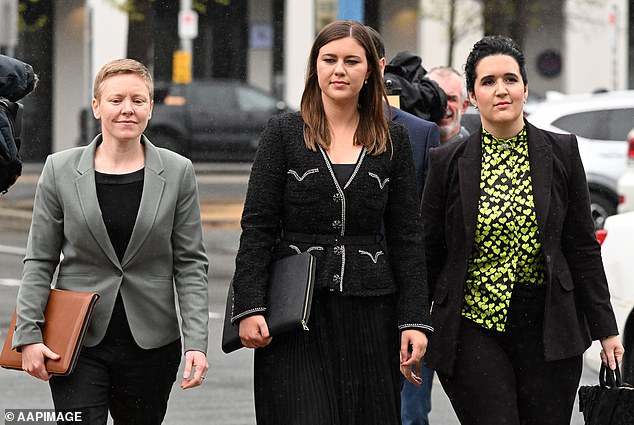 The only inference Ms Higgins made about the alleged attack was when she wrote: ‘Haha I just get myself into trouble, need to keep that s**t locked down.’

Ms Higgins told the court: ‘I wasn’t ready to share, I was playing it off.’

In court, Ms Higgins said she was ‘responding to his messages on autopilot, like everything was fine’.

Earlier, Ms Higgins told the court that she put the dress she was wearing that night in a plastic bag under her bed for six months, ‘untouched and uncleaned’.

She told the jury that, once it was clear she couldn’t report the alleged assault without losing her job with Defence Minister Linda Reynolds, she ‘very symbolically washed the dress’.

‘I wore it once more but I never wore it again after that,’ she said.

But during cross-examination from Lehrmann’s barrister Steven Whybrow, Ms Higgins was shown a photograph of her wearing the same dress in May 2019 at Ms Reynolds’s birthday party in Perth.

Under cross examination from Lehrmann’s lawyer Steven Whybrow, Ms Higgins denied lying – but admitted she had made a mistake in her timeline of events.