Londoners face four days of travel misery this week from tomorrow with a strike by Underground drivers set to suspend whole lines and cause huge delays on others.

Members of the Rail, Maritime and Transport union are set to stage a series of 24-hour walkouts in protest at plans to scrap the pay grade of Night Tube drivers.

Transport for London is continuing last-ditch talks with the RMT today ahead of the planned strikes from 12pm tomorrow and on Thursday and August 24 and 26.

TfL has warned all passengers to finish their journeys by 1pm tomorrow and on Thursday amid fears that the capital’s transport network could be crippled.

Bosses said the action would cause ‘severe disruption’ and that ‘all Tube lines would run a significantly reduced service at some times and would not run at others’.

The Advisory, Conciliation and Arbitration Service (Acas) is hosting talks between TfL and the RMT today after they were adjourned for the weekend last Friday.

When are the four Tube strikes due to happen?

Separately, there is also a planned closure from this Wednesday until Thursday, August 12 on the Circle and District lines for track replacement work.

TfL said the timing of the strikes will mean a ‘changing picture’ on each day of this week, with the morning service likely to be closer to normal tomorrow and on Thursday.

In addition the evening service is expected be more comprehensive on Wednesday and Friday.

The RMT claim Tube bosses have refused to ‘engage in constructive discussions through the offices of Acas that could resolve this dispute’.

They added that proposals to ‘rip up an agreement that protects 3,000 Tube drivers’ work life balance has caused uproar in the depots amongst drivers’.

The RMT say this ‘abolishes the part time jobs of workers – mainly women – who rely on the flexibility and security they offer while they juggle other commitments’.

RMT general secretary Mick Lynch said today: ‘We believe that there is a deal to be done which recognises the work-life balance and job security of our members, and we are entering the reconvened talks this morning in a positive frame of mind, and we take it that LU management also will be up for a constructive solution to this dispute.

‘RMT’s executive has been put on stand-by for any developments emerging from the talks later today.’ 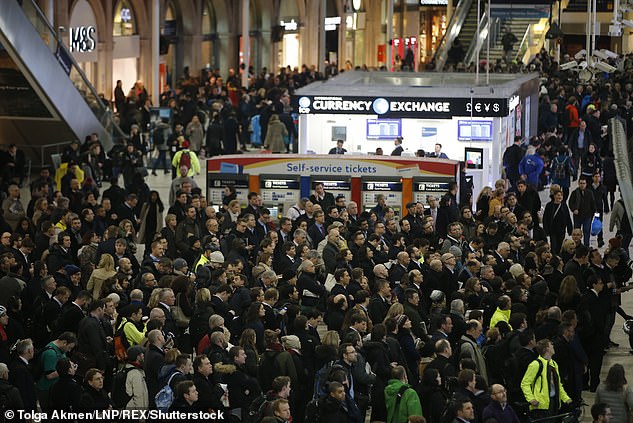 But TfL insists it has made changes to driver rosters to preserve a regular Tube service, and has been in extensive consultations with the trade unions over these changes for several months.

Workers at three rail companies are to take industrial action in the coming weeks in separate disputes over issues including pay and pensions.

Members of the Rail, Maritime and Transport (RMT) union at Hull Trains, East Midlands Trains and ScotRail will strike on Sundays in August as well as taking other forms of action.

Union members at Hull Trains will ban rest day working and overtime from Monday and stage 24-hour walkouts on August 8, 15, 22 and 29.

The union said talks at the conciliation service over a dispute about pensions had broken down without progress.

It added that Night Tube drivers have now been offered the opportunity to join the full-time driver pool on a permanent basis, with Night Tube duties spread across all drivers.

TfL also said a number of drivers wished to stay part-time and they have been able to do so, with some of them moving to part-time positions during the day service to help balance their work and personal lives.

It also claimed ‘no driver has lost their job as a result of these changes, or will do, nor has any driver been forced to take duties that they do not want to do’.

Richard Jones, head of network operations for London Underground, said: ‘The changes to how we roster our drivers to continue to provide a regular Tube service and create more flexibility for our staff have not resulted in any job losses.

‘Our drivers have been vital in keeping the Tube running during the pandemic, ensuring that key workers could move around the city during the lockdowns and helping fuel London’s recovery in more recent weeks.

‘This new arrangement means that all drivers have been given the opportunity for full-time work and long-term job certainty, while Londoners can continue to rely on the regularity of Tube services.

‘These changes will allow us to operate both day-to-day Tube services and Night Tube more efficiently. It is extremely disappointing that the RMT has decided to announce strike action. 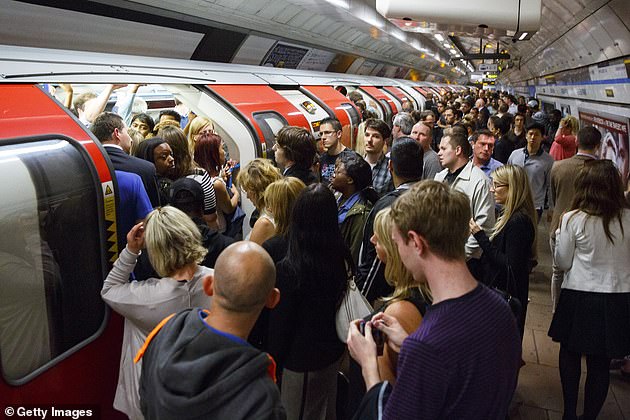 ‘I urge them to withdraw this action and to return to discussions with us to avoid this unnecessary disruption to Londoners going about their daily lives.’

‘It will cause massive disruption to Londoners’ lives and grind our city’s recovery to a halt. The Mayor has one job to help London recover from Covid – get our city moving again.

‘We desperately need to encourage commuters and tourists back into the capital, but his failure to reach an agreement with RMT risks keeping people away. This damaging industrial action couldn’t come at a worse time.’

A spokesman for London Mayor Sadiq Khan told the newspaper: ‘I urge the RMT to continue discussions to avoid this disruption to Londoners and the capital.’

TfL said it is also dealing with short-term, short-notice absences caused by Covid-related self-isolation and will provide more detailed travel advice as soon as possible.

Separately, workers at three rail companies are to take industrial action in the coming weeks in separate disputes over issues including pay and pensions.

Members of the RMT union at Hull Trains, East Midlands Trains and ScotRail will strike on Sundays in August as well as taking other forms of action.

Union members at Hull Trains will ban rest day working and overtime from Monday and stage 24-hour walkouts on August 8, 15, 22 and 29.