President Donald Trump’s campaign is trying to launch into the final stretch before Election Day with a renewed battle cry and show of strength even as its candidate and manager are battling COVID.

And Trump is ready to join them.

‘Will be back on the Campaign Trail soon!!!,’ he tweeted shortly before he was scheduled to leave Walter Reed Medical Center on Monday.

As President Trump prepared to check out of the hospital, his campaign announced its new Operation MAGA and argued Trump’s coronavirus diagnosis gave him something Democratic rival Joe Biden didn’t have – experience with the virus.

‘Those firsthand experiences, Joe Biden, he doesn’t have those,’ she said.

With President Donald Trump off the campaign trail as he battles COVID, the campaign is testing new strategies for the final six week stretch 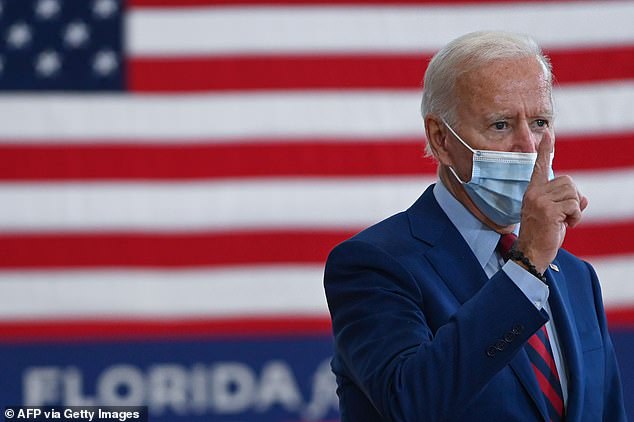 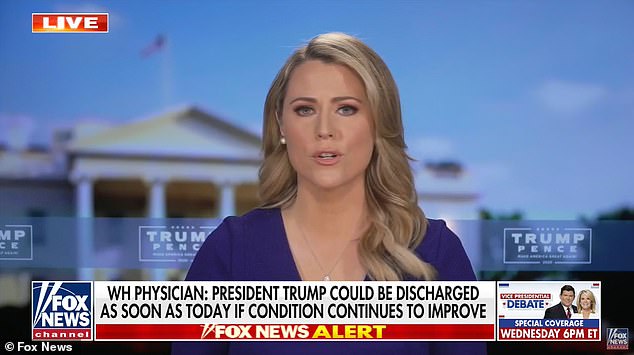 ‘He has experience – now – of fighting the coronavirus as an individual,’ said Trump campaign spokesperson Erin Perrine of the president to Fox News. ‘Those firsthand experiences, Joe Biden, he doesn’t have those’

The Trump campaign was roiled when its candidate and then its campaign manager, Bill Stepien, tested positive for coronavirus last week. Deputy campaign manager Justin Clark is temporarily overseeing headquarters in Arlington, Virginia.

With its biggest strength – President Trump – out of commission and a NBC News/Wall Street Journal poll showing the president 14 points behind Biden, the campaign is adjusting course with a new strategy.

It’s not just the president. The adult children in his family, who are popular surrogates among the Trump faithful, traveled with the president on Air Force One to Cleveland for the first presidential debate, sidling them while they quarantine.

Pence will also be taking the lead on the road.

He left for Salt Lake City on Monday evening to be in place for Wednesday night’s vice presidential debate. From there, he’ll hit the campaign trail with stops in Arizona on Thursday, Indiana on Friday and Florida on Saturday. 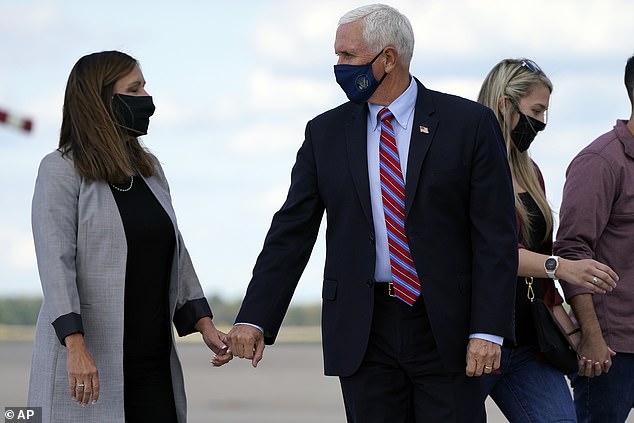 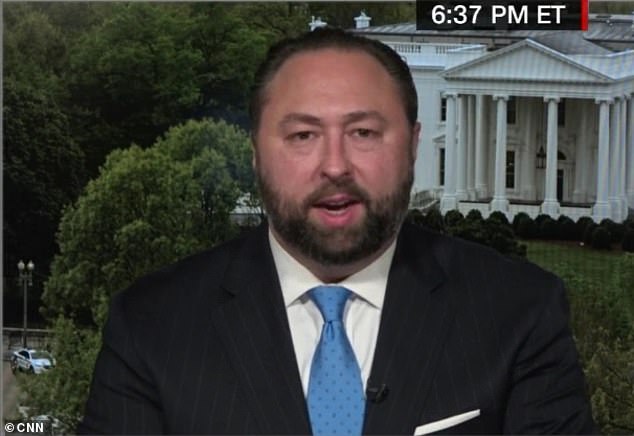 And Trump may be in the hospital but it hasn’t stopped him from campaigning for re-election. He sent a series of tweets Monday morning – many in all caps – encouraging supporters to vote. And he delivered one final message on the virus that has sidelined him: ‘Don’t be afraid of Covid. Don’t let it dominate your life,’ he tweeted along with the announcement he was leaving the hospital.

Additionally, his campaign said the president would be at the next presidential debate, on October 15th in Miami.

As President Trump prepares to leave the hospital today- his campaign tells me he plans to participate in the next Presidential Debate on Oct 15th.

And Miller said Sunday the president is ready to return to the campaign trail.

‘When President Trump gets … back on the campaign trail, it’s going to be a slingshot taking us forward,’ he said on ABC.

The president’s medical team sounded a more cautious note, however.

‘As far as travel goes, we’ll see,’ Dr. Sean Conley, the president’s physician told reporters Monday, at a briefing a few hours before the president left the hospital.