And Jim Carey, reappearing as Joe Biden, channeled his classic Ace Ventura character to call Trump a ‘loser’, to the delight of fans.

The episode was hosted by Dave Chappelle, who also hosted the first show after Hillary Clinton lost in 2016.

In that earlier episode, the show opened with Kate McKinnon as Clinton, playing the piano and singing Leonard Cohen’s ‘Hallelujah’ in a sorrowful acceptance of her loss.

Saturday’s show picked up where McKinnon left off, only this time with Trump singing a downbeat version of the Village People’s song.

Alec Baldwin, as Donald Trump, takes to the piano to sing ‘Macho Man’ to cheer his spirits 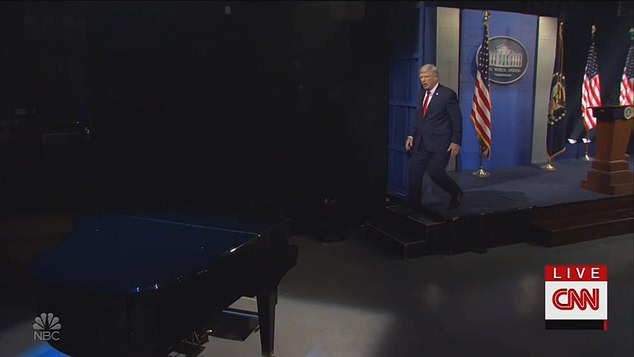 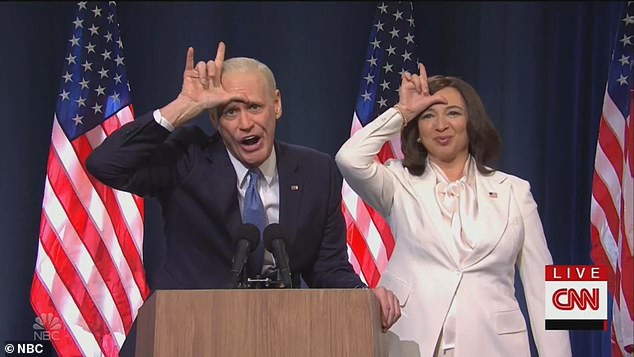 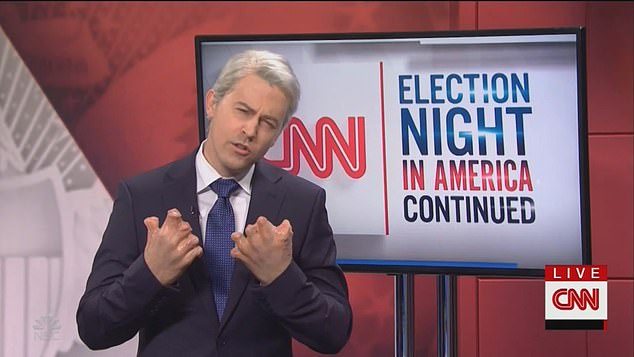 ‘I know I’m supposed to be a neutral news anchor, but God damn it, that feels good!’ Blitzer said.

Jim Carrey reprised his role as Biden, saying: ‘I’ve never felt so alive. Which is ironic, as I’m not that alive.’

He promised to ‘be your president’, welcoming Maya Rudolph as Kamala Harris, who listed her ‘firsts’ – wearing the white pant suit and silk blouse that the vice president-elect wore earlier on Saturday to deliver her Delaware speech.

‘Like Joe, I am humbled and honored to be the first female, the first black, the first Indian-American, and the first biracial vice president,’ she said. 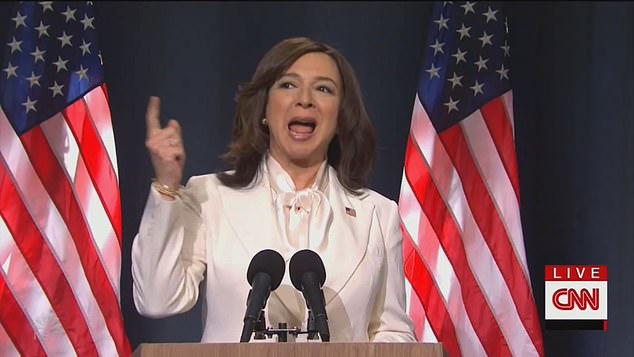 Maya Rudolph will continue to play Harris throughout the next four years, it is thought 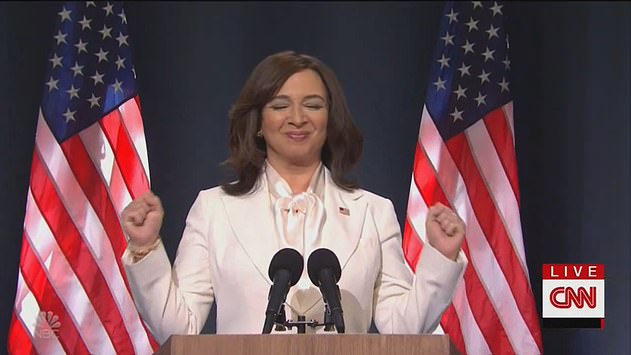 ‘And if any of that terrifies you, well, I don’t give a funt.

‘Also, my husband will be the first Second Gentleman, and he’s Jewish, so between us we check more boxes than a disqualified ballot.’

‘Your mom is going to switch from laughing to crying to dancing pretty much all night.’

The pair then danced to Harris’ phone – sending up her campaign-trail dance moves and dancing to the viral hit song ‘Lose Yo Job’.

‘You about to lose your job (get this dance),’ raps iMarkkeyz in the song. 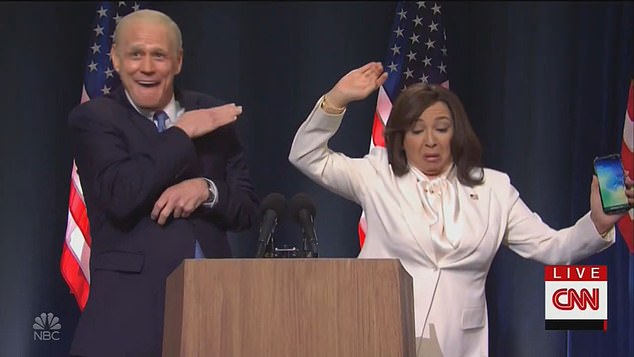 ‘So let’s check in on the president’s concession speech, which I am sure will be gracious and factual.’

Alec Baldwin then came on as Trump, thanking everyone for coming to see his ‘victory speech’.

Trump said there had been ‘no blue wave’, asking White House press secretary Kayleigh McEnany to bring out the map.

‘So much red,’ he said, approvingly.

‘Sorry – this is the COVID map,’ McEnany said. 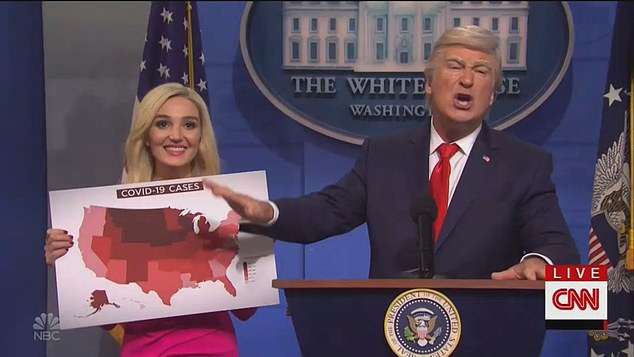 Kayleigh McEnany brought out the COVID map, which Trump mistook for a ‘red wave’ map

He then took to the piano.

He told the audience he chose the song to ‘to remind you who I really am’, and broke into a downbeat version of The Village People’s hit ‘Macho Man’.

‘I’m not going to say goodbye, America,’ he said at the end. 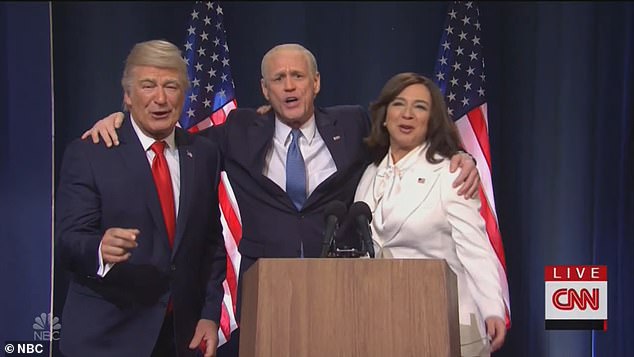 Baldwin, Carrey and Rudolph reprised their roles as the three political leaders 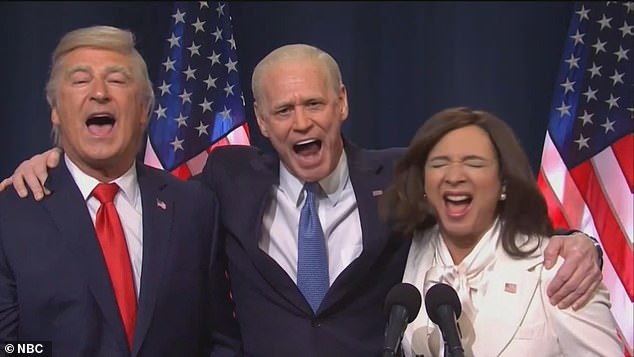