BREAKING NEWS: Donald Trump immediately REFUSES to take part in next debate minutes after commission says second clash with Joe Biden will be virtual – and president calls it a ‘waste of time’

Donald Trump said Thursday morning he will not participate in a virtual debate with Democratic nominee Joe Biden.

‘That’s not accessible to us. I beat him easily in the first debate,’ Trump lamented in an interview with Fox Business minutes after the bipartisan commission that hosts the debates announced it would be shifting the format to virtual.

‘No, I’m not gonna waste my time in a virtual debate,’ the president added.

‘That’s not what debating is all about,’ he said. ‘You sit behind a computer and do a debate – it’s ridiculous and then they cut you off whenever they want.’

The Commission on Presidential Debates made the announcement Thursday morning, a week before Trump and Biden were scheduled to face-off in-person in Miami, Florida for the second of three debates.

‘No Presidential Candidate is required to debate,’ Chairman of the Commission on Presidential Debates Frank Fahrenkopf told NBC News. ‘Jimmy Carter refused to debate during the first debate in 1980. It is up to the individual candidate.’

Biden says he still plans to show up for the virtual event, according to his deputy campaign manager and communications director Kate Bedingfield. 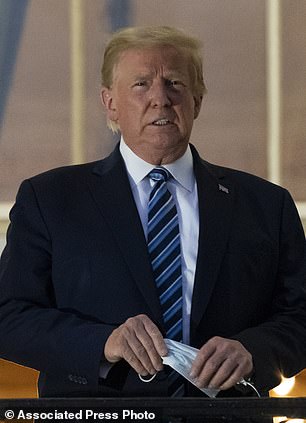 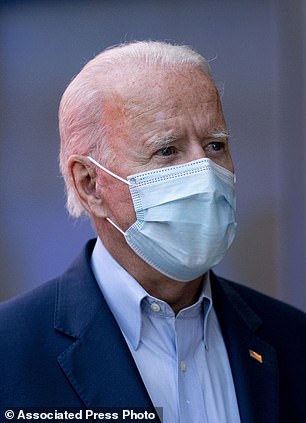 Donald Trump and Joe Biden will face-off in a ‘virtual’ debate next week, the Commission on Presidential Debates announced Thursday in the midst of the president’s coronavirus diagnosis

‘Vice President Biden looks forward to speaking directly to the American people and comparing his plan for bringing the country together and building back better with Donald Trump’s failed leadership on the coronavirus that has thrown the strong economy he inherited into the worst downturn since the Great Depression,’ Bedingfield said.

The commission said that ideally the candidates will ‘participate from separate remote locations,’ but both they and the moderator, C-SPAN’s Steve Scully, will remain in Miami.

Trump said the commission did not inform him about the change before making the announcement.

‘They didn’t even tell us about that,’ he told Fox Business’ Maria Bartiromo. ‘We learned it the same way you learned it.’

Trump was diagnosed with coronavirus a week ago and said he looked forward to debating Biden on stage in Miami, saying, ‘It will be great!’

The change-in-plans were revealed the morning after the first and only vice presidential debate took place in-person in Utah Wednesday night.

Vice President Mike Pence and Democratic vice presidential nominee Kamala Harris faced-off on stage at the University of Utah in Salt Lake City – but the two were seated 12 feet apart and each had a full sheet of plexiglass standing to their side.

Pence tested negative for COVID-19 ahead of the debate as it appears he was not one of the few dozen in Trump’s inner circle who have contracted the virus following two apparent ‘super spreader’ events last week.

Biden, for his part, said he and Trump ‘shouldn’t have a debate’ as long as the president remains COVID positive.

The former vice president told reporters in Pennsylvania that he was ‘looking forward to being able to debate him’ but said ‘we’re going to have to follow very strict guidelines.’

Trump claims he has been cured of the disease, as White House Physician Sean Conley revealed in a health update Wednesday that doctors have detected Trump has antibodies present for COVID-19 after being put on a treatment known to speed up that process in patients who previously had no antibodies.

The president announced overnight Thursday that he and first lady Melania Trump tested positive for coronavirus.

On Friday, Trump was transferred to Walter Reed Medical Center where he remained for three nights.

There, doctors put him on supplemental oxygen at least twice and treated him with antiviral medication, remdesivir, and the steroid dexamethasone.