EXPRESS INFORMER > News & Politics > Trump claims he got ‘200 million’ votes in 2020 and takes aim at AOC, McConnell at Ohio rally

Donald Trump boasted about his popularity and said candidates were ‘kissing [his] a**’ to get his endorsement during his Ohio rally on Saturday night.

The ex-president also riled up the crowd with yet another hint that he’s looking to run for the White House again in 2024, telling supporters ‘we’re gonna take back’ the White House.

Wading into the culture wars, he also said at one point: ‘We don’t want them teach transgender to our children without parental consent.’

‘I really believe it’s 200 million people we’re talking about, not the 75 million, which is a record in the history of our country for a sitting president,’ Trump told supporters after accusing the Biden administration of weaponizing the Justice Department when the FBI raided Mar-a-Lago. ‘Not the 75 million people that voted – I think it’s a lot more than that.’

The former president also appeared to have on his mind reports of growing concern among the establishment GOP over the electability of Trump’s more fringe midterm candidates.

He took aim at suggestions that Ohio Senate candidate JD Vance is trying to distance himself from Trump in order to appear more moderate. He won the battleground state over President Joe Biden by a margin of eight points. 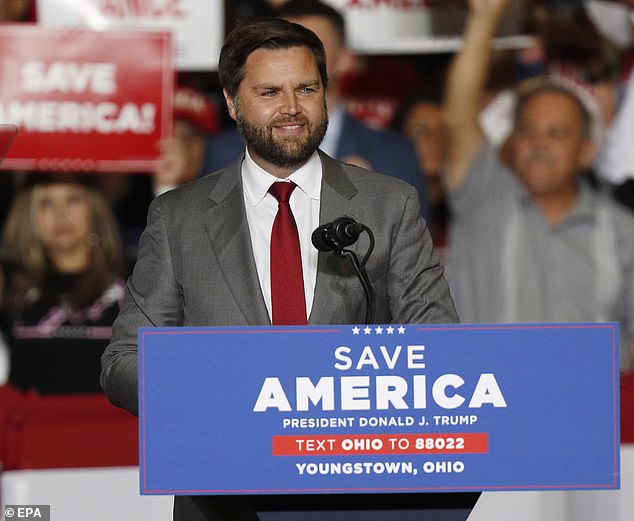 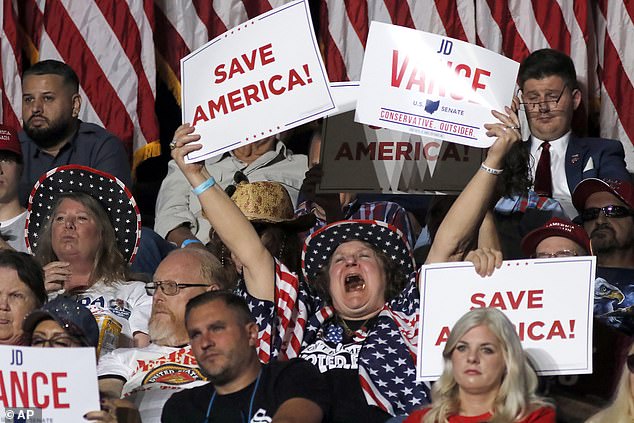 Trump’s penchant for theatrics was on full display toward the end of his hour-and-forty-minute speech when his speech was joined by a cinematic composition that played as the ex-president opined on the state of the country and promised a better future.

‘We are a nation that has lost its way but we are not going to let this continue,’ he said as the music swelled. ‘Two years ago we were a nation and we will soon be a great nation again.’

‘My fellow citizens this incredible journey we’re on together has only just begun, and it is time to start talking about greatness for our country again.’

It comes as the election continues to exacerbate divisions within the Republican Party between factions headed by Trump and Senate GOP Leader Mitch McConnell.

‘Mitch McConnell ought to get on the ball’ to halt inflation, the ex-president said, adding that the Senate Minority Leader is ‘like a Democrat.’

He later took aim at his favorite Republican punching bag again, declaring: ‘ Mitch McConnell is a disgrace, and I hope you’re gonna do something about it, JD.’ 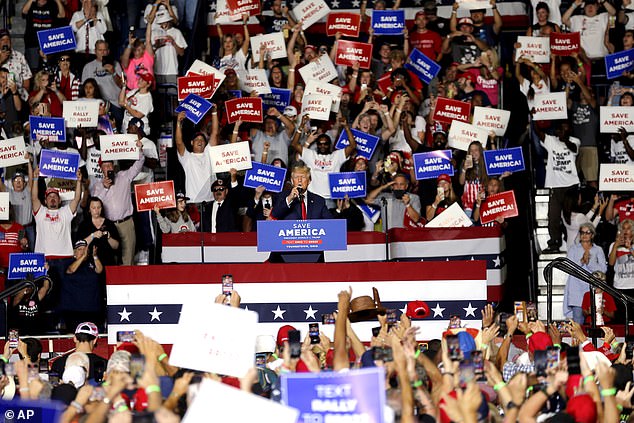 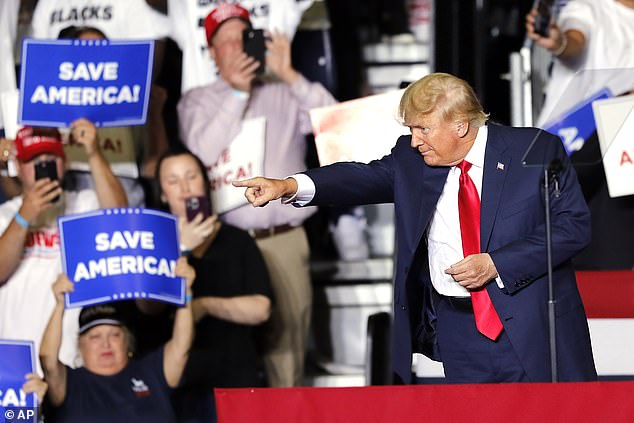 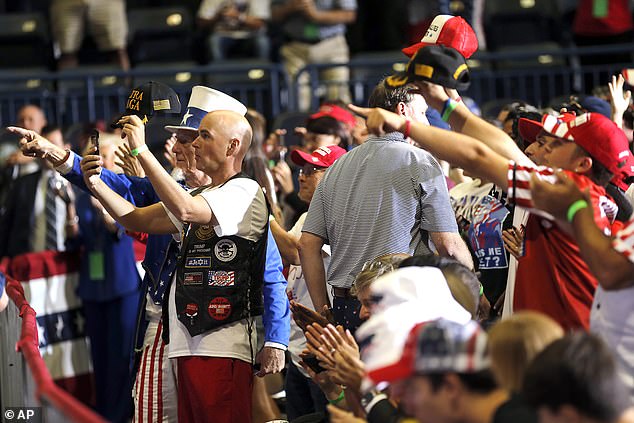 Trump’s calls to remove McConnell from the leadership role he’s long held have fallen largely on deaf ears so far – but multiple Senate hopefuls backed by the ex-president have signaled that they’re willing to turn against the Kentucky lawmaker.

Trump said his fellow New Yorker was a ‘poor student’ in college and ‘didn’t take courses in the environment.’

‘Other than that, she knows a lot about what’s going on,’ he said. ‘She’s got a good line of crap, I’ll tell you that.’

Trump took the stage shortly before 8 p.m. on Saturday night.

His speech saw the former commander-in-chief hop between various grievances about political enemies and Democrats running for Congress in November.

The crowd, which had been noticeably thin for much of the night, filled out just before the former president was due on stage.

Greene called to ‘defund wokeness from all colleges and universities’ while pledging to pass a Parental Bill of Rights if Republicans take back the House of Representatives in November.

‘If the government wants to replace parents to brainwash our children, well you know what, we will just have to defund the Department of Education,’ she said as the crowd erupted in approving cheers.