Donald Trump called for the homeless to be put into specialized camps and bragged about sending the Secret Service to sweep search tents on Tuesday in his first speech back in Washington, DC since leaving the White House.

In a somber speech running more than an hour long, the former president hammered the Biden administration on the crime wave sweeping the country while dramatically listing some of the more gruesome incidents that have hit headlines over the last year.

He also reiterated past calls to impose the death penalty on drug dealers, claiming that ‘You execute a drug dealer, you save 500 lives.’

‘Open up large parcels of inexpensive land in the outer reaches of the city,’ Trump said of his plan for the homeless, calling his real estate developer background into the forefront. ‘Create thousands and thousands of high quality tents.’

He said it was the ‘only way you’re going to remove the hundreds of thousands of people, and maybe throughout our nation millions of people,’ referring to the homeless.

‘It can be done in one day,’ Trump said.

He also boasted about having the Secret Service round up homeless encampments in the nation’s capital as president and suggested doing so again, stating: ‘I’d send people out immediately. Secret Service, by the way, did a phenomenal job.’

Trump then raged about the street gang MS-13, which is primarily known to be made up of El Salvadorian migrants, and accused his successor Joe Biden of having ‘suspended’ immigration policies and fueled more gang crime.

He said gang members allegedly kidnapped two young girls and ‘cut off their skins’ to kill them, among other gruesome descriptions.

He also sprinkled his remarks with multiple hints that he’s thinking of running for president again in 2024.

‘You still got somebody in the White House who’s not getting it done,’ Trump said while calling on Republicans in Congress to pass reforms on the border, crime and inflation.

Donald Trump spoke for more than an hour at the America First Policy Institute’s summit in Washington, DC 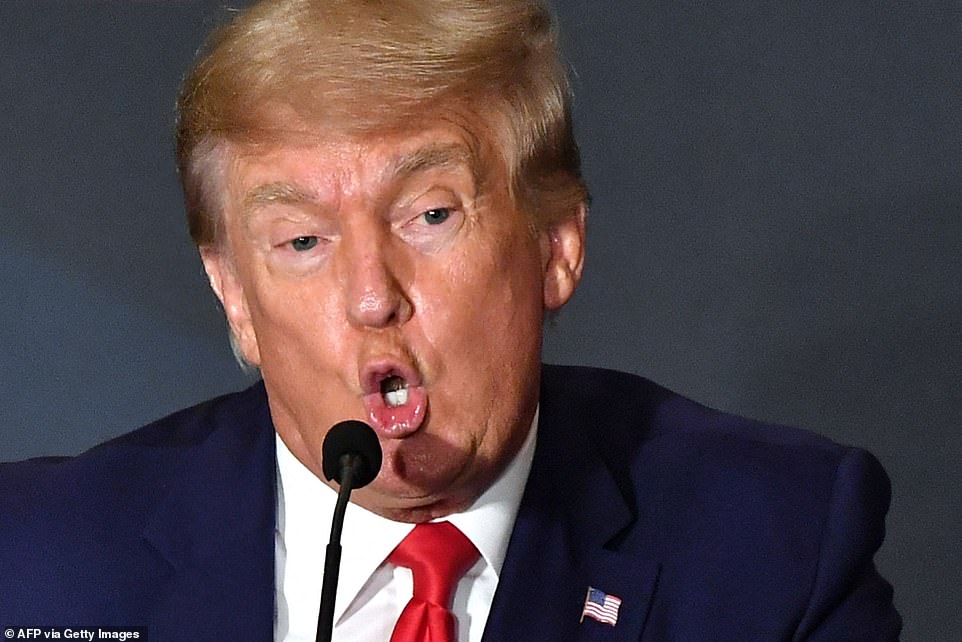 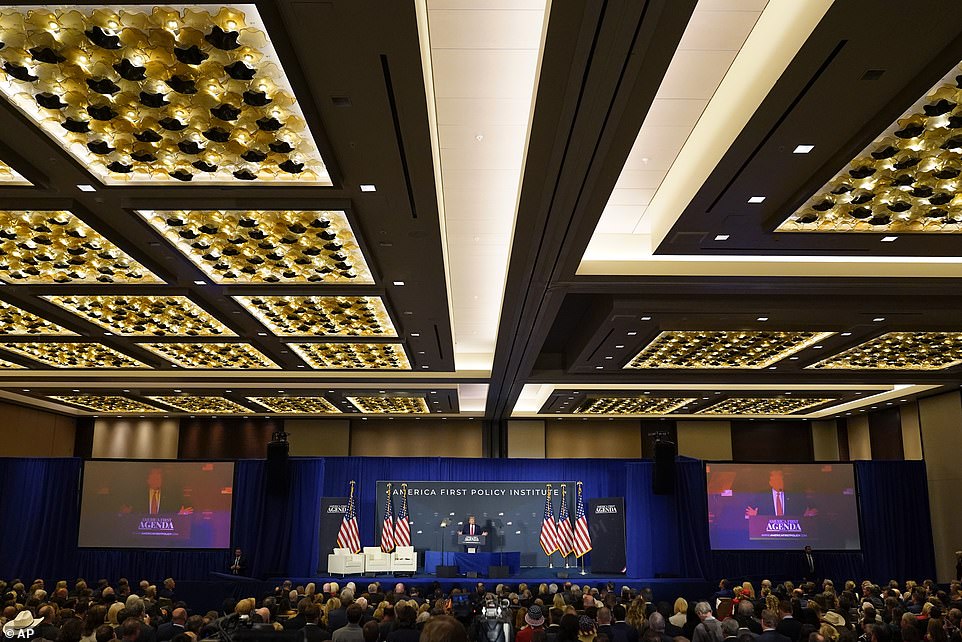 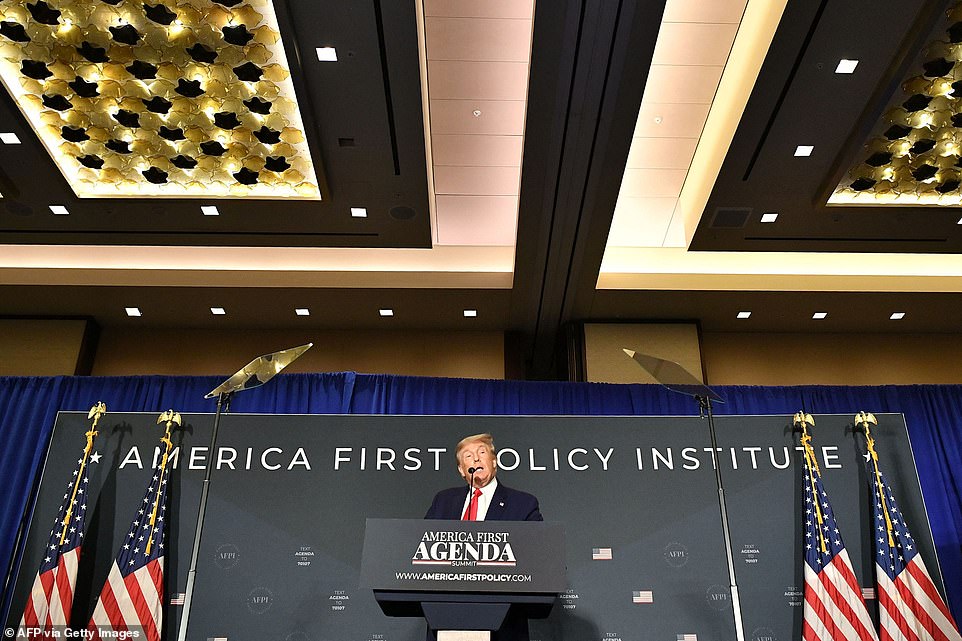 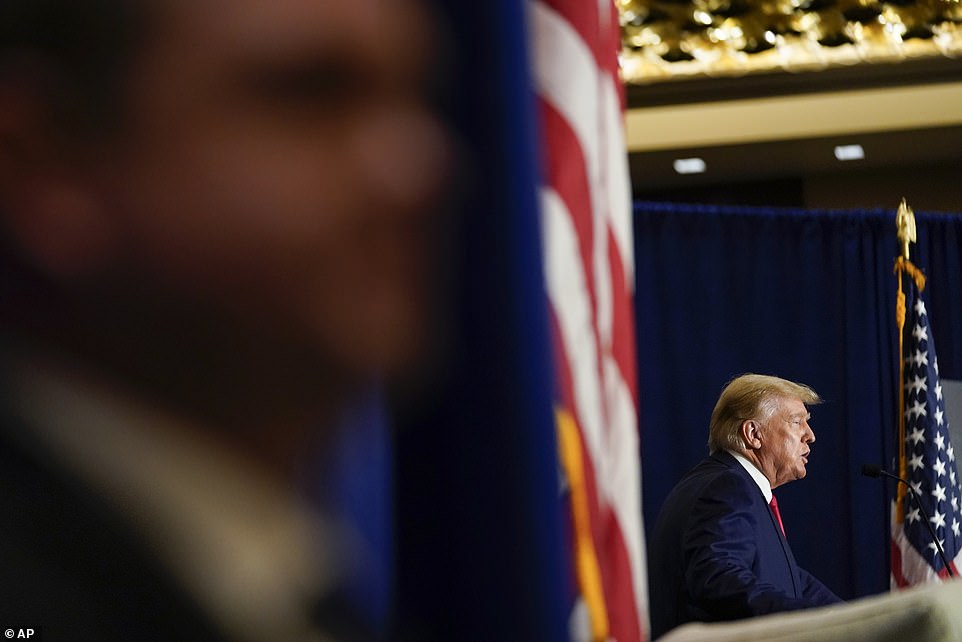 At one point the supportive crowd erupted into chants of ‘four more years!’ 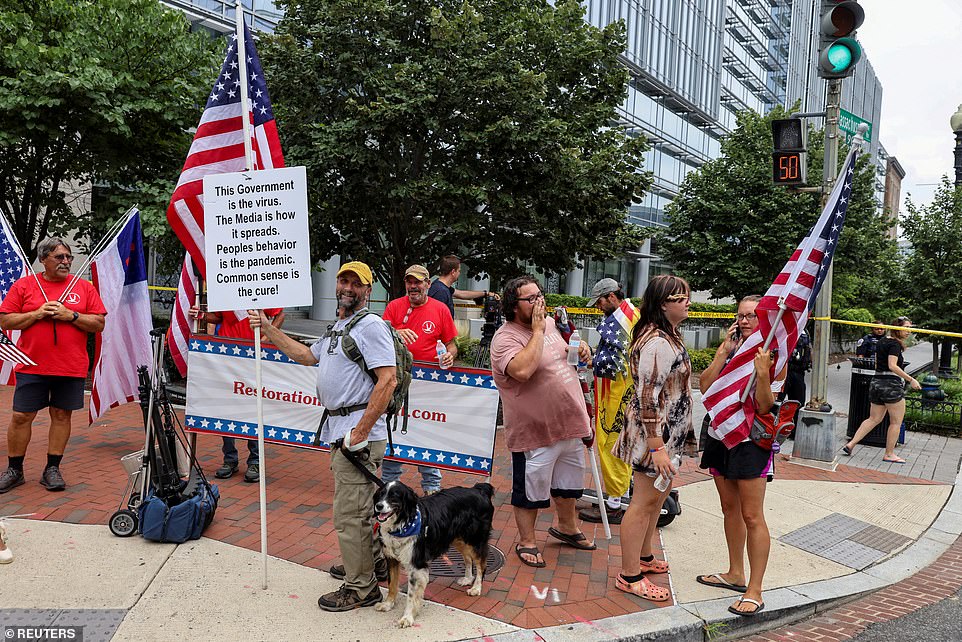 ‘I think that help will be forthcoming and I think it’s going to be a lot sooner than people think.’

At one point, the supportive crowd erupted in chants of ‘four more years.’

The former president also previewed a White House agenda that would weaponize the National Guard against cities where crime is running rampant. He called for the president’s command of the military force to override those of governors.

‘Where there is a true breakdown of law and order, the federal government can and should send the National Guard without waiting for the approval of some governor who thinks it’s politically incorrect,’ Trump said.

‘The next president needs to send the National Guard to the most dangerous parts of Chicago so safety can be restored.’

Tuesday marks Trump’s first time back in the nation’s capital since leaving office in January 2021.

Both pro- and anti-Trump demonstrators lined the street outside of the Marriott Marquis even hours before the former president was set to appear at the America First Policy Institute summit.

The right-wing think tank was created by former members of his administration and is dedicated toward promoting policies he executed while in office and those that would’ve been championed in a second Trump term. 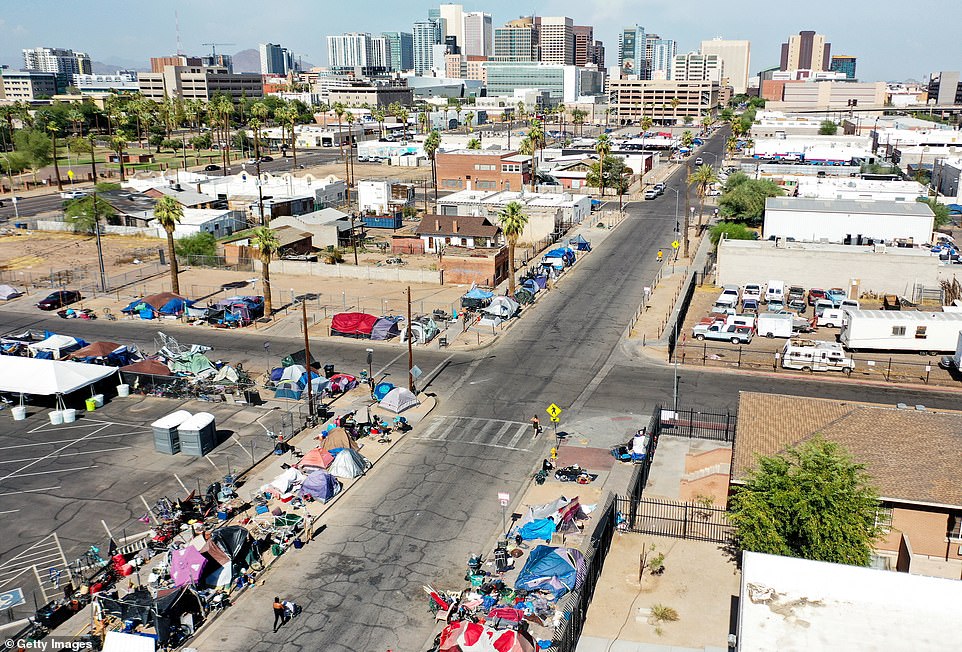 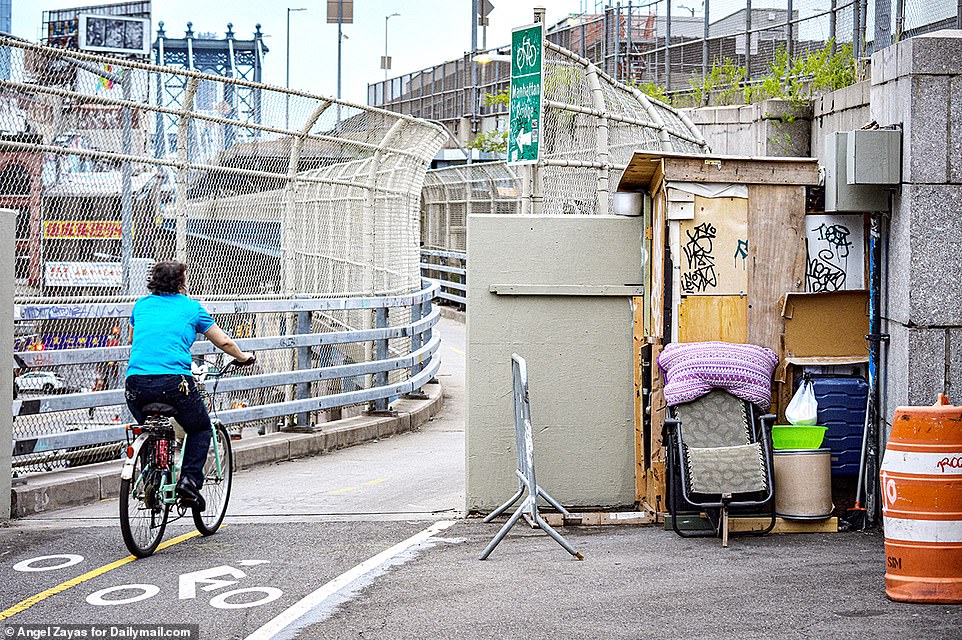 Trump also bragged about having the Secret Service sweep up DC homeless when he was president (pictured: an encampment in New York City)

The former president’s return comes at the end of a series of hearings by the House select committee investigating the January 6 Capitol riot.

Lawmakers on the panel presided over eight presentations that featured explosive testimony that painted last year’s attack as coordinated opposition by Trump and his allies against lawmakers who were certifying President Joe Biden’s electoral victory.

His speech at the Marriott is the ex-president’s third in the span of a week as he continues to fuel speculation that he’s looking to mount a third campaign for the White House.

Trump’s former vice president, Mike Pence, is generating his own 2024 buzz with a separate appearance in DC just hours before the former president’s.

Pence laid out his ‘freedom agenda’ in a speech at the Heritage Foundation on Tuesday morning. During the remarks he also took a veiled jab at Trump and his continued insistence the 2020 election was rigged.

‘I don’t know that the president and I differ on issues, but we may differ on focus,’ Pence said.

‘I truly do believe that elections are about the future. And that it is absolutely essential at a time when so many Americans are hurting, so many families are struggling, that we don’t give way to the temptation to look back.’