Public relations firms hired by the U.S. Department of Health and Human Services vetted political views of hundreds of celebrities for a planned $250-million US ad blitz aimed at portraying President Donald Trump’s response to the coronavirus outbreak in a positive light, according to documents released Thursday by a House committee.

A political appointee at the department suggested creating a government-funded campaign to rival the Second World War icon Rosie the Riveter, according to the documents, and taglines like “Helping the President will Help the Country.”

None of the celebrities agreed to participate — they may not have known they were being vetted — and the campaign has been put on hold.

Director Judd Apatow believes Trump “does not have the intellectual capacity to run as president,” according to a list of more than 200 celebrities compiled by one of the firms. Singer Christina Aguilera “is an Obama-supporting Democrat and a gay-rights supporting liberal,” the list says, and actor Jack Black is “known to be a classic Hollywood liberal.” A public service announcement by comedian George Lopez was “not moving forward due to previous concerns regarding his comments regarding the president,” according to the documents.

The names were among the spreadsheets, memos, notes and other documents from September and October released by the House Oversight and Reform Committee.

The firms’ vetting came as political appointees planned to spend more than $250 million US on a confidence-building campaign surrounding the virus, which has killed more than 228,000 people in the United States and is a core issue in the presidential race between Trump and Democrat Joe Biden.

While government public health campaigns are routine, the ad blitz planned by HHS was mired from the start by involvement from department spokesperson Michael Caputo, a fierce loyalist and friend of Trump with little experience in the field. In September, a spokesperson for Caputo said he was taking a medical leave from HHS as he battled cancer.

WATCH | Trump claims he is now immune to COVID-19: 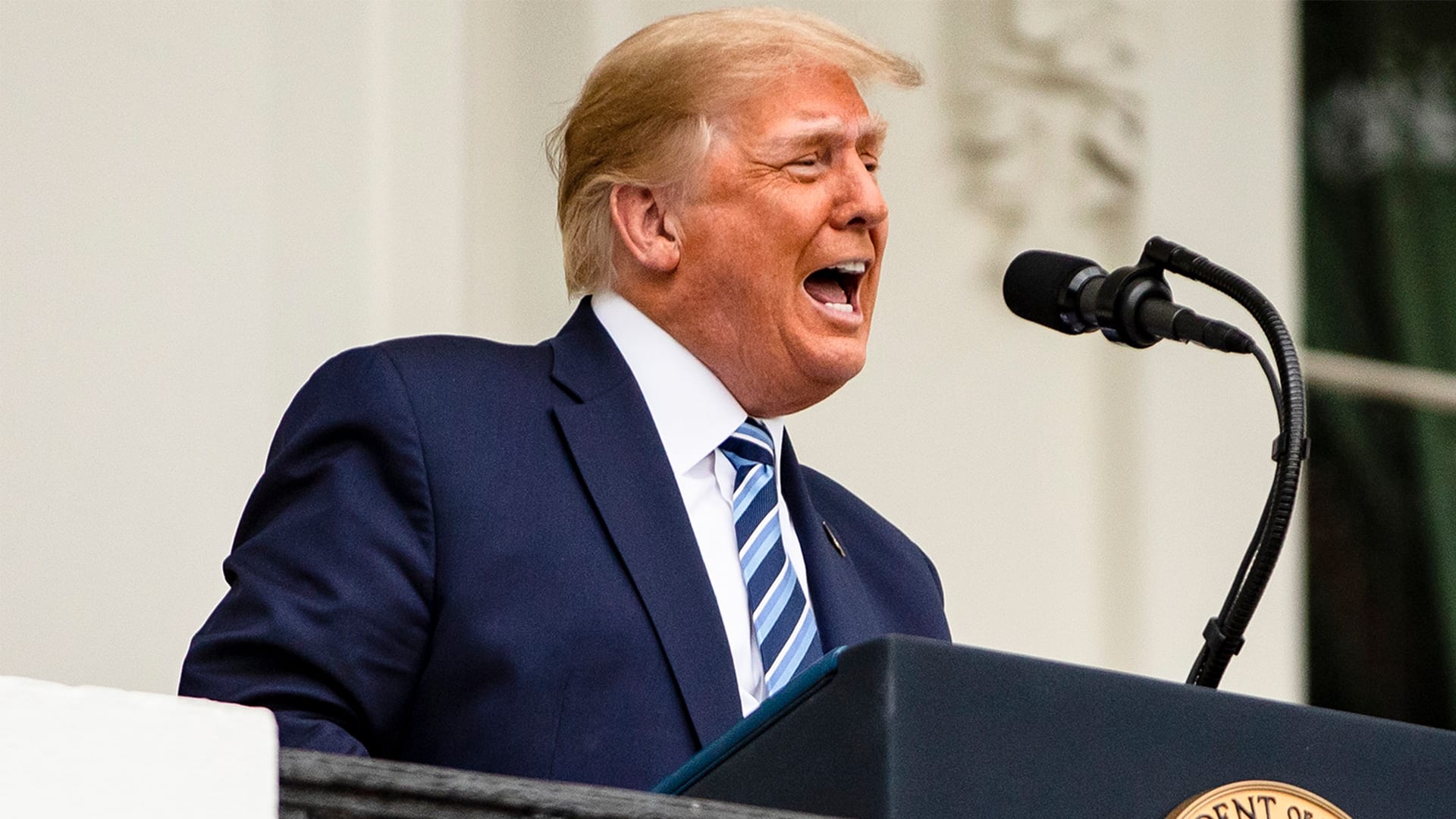 U.S. President Donald Trump has claimed he now has immunity to COVID-19 before he heads for a series of swing-state rallies as polls put him behind Joe Biden with just over three weeks before election day. 2:03

Trump, a Republican, has repeatedly minimized the dangers of the coronavirus, even as the nation is in its third wave of infections, with tens of thousands of cases reported each day.

According to one memo compiled by a subcontractor to Atlas Research, one of the firms hired by HHS, Caputo suggested a series of soundbites and taglines for the campaign, including “Helping the President will Help the Country.” The notes say that Caputo wanted the campaign to be “remarkable” and to rival Rosie the Riveter, the character who symbolized women who worked in factories and shipyards during the Second World War against Germany.

“For us, the ‘enemy’ is the virus,” Caputo said, according to the memo.

The documents also show pushback from some of the federal employees leading the work, who removed Caputo from an email chain and thanked one of the contractors for dealing with a “challenging” environment.

“Of course, it is completely inappropriate to frame a taxpayer-funded ad campaign around ‘helping’ President Trump in the weeks and days before the election,” said House Oversight Chairwoman Carolyn Maloney, a Democrat from New York, and Reps. James Clyburn of South Carolina and Raja Krishnamoorthi of Illinois, both subcommittee chairmen, in a letter to HHS Secretary Alex Azar. “This theme also ignores the reality that more than 220,000 Americans have died from coronavirus — a fact that should not be whitewashed in a legitimate public health message.”

Azar put the entire project on hold earlier this month, telling the Oversight subcommittee led by Clyburn that it was being investigated internally.

“I have ordered a strategic review of this public health education campaign that will be led by our top public health and communications experts to determine whether the campaign serves important public health purposes,” Azar told the subcommittee, which is investigating the federal government’s response to the coronavirus outbreak.

Because public health policy around the coronavirus pandemic has become so politically polarized, it’s unclear how well a confidence-building campaign from the government would play.

HHS officials acknowledge a major challenge to any campaign would involve finding trusted intermediaries to make the pitch to average Americans. On health-care matters, people usually trust doctors first, not necessarily celebrities. And Trump has alienated much of the medical establishment with his dismissive comments about basic public health measures, such as wearing masks.

The 34-page “PSA Celebrity Tracker” compiled by Atlas Research and released by the committee does not say whether the celebrities were aware they were even being considered or if they had agreed to participate. The report says that no celebrities are now affiliated with the project but a handful did initially agree to participate.

Singer Marc Antony, who has been critical of Trump, pulled out after seeking an amendment to his contract to “ensure that his content would not be used for advertisements to re-elect President Trump.”

Actor Dennis Quaid also initially agreed and then pulled out, according to a document from Atlas Research. In an Instagram video post last month titled “No good deed goes unpoliticized,” Quaid said he was frustrated that a taped interview he did with Dr. Anthony Fauci, the nation’s top infectious-disease expert, for the campaign was portrayed in the media as an endorsement of Trump.

“Nothing could be further from the truth,” Quaid said, noting that the interview was still available on his podcast.

Antony and Quaid were among just a few celebrities who were approved for the campaign, according to the documents. Others included TV health commentator Dr. Oz and singer Billy Ray Cyrus.

“Spokespeople for public service campaigns should be chosen on their ability to reach the target audience, not their political affiliation,” the letter from the Democrats reads. “Yet, documents produced by the contractors indicate that the Trump Administration vetted spokespeople based on their political positions and whether they support President Trump.”