When Federal Treasurer Jim Chalmers fronted up to Wednesday’s press conference to address the nation’s latest inflation figures, he wore on his right hand five wristbands.

Visible beneath the cuff of his white short and dark suit jacket as he thrust forward his right hand to make a point about the state of the nation’s economy, Mr Chalmers had on four light pink and one dark pink bracelet.

Asked by Daily Mail Australia where the bands came from and their importance, Mr Chalmers explained they’re of both cultural and personal significance.

Four are nadachadis, which in Hindu religion are considered ‘sacred’ threads which are usually blessed and tied for protection in prayer.

Mr Chalmer’s nadachadis come from his local Hindu temple, the Baps Swaminarayan Temple at Kingston in his Brisbane electorate of Rankin, which he has proudly held since 2013.

When Federal Treasurer Jim Chalmers fronted up to Wednesday’s press conference to address the nation’s latest inflation figures, he wore on his right hand five wristbands 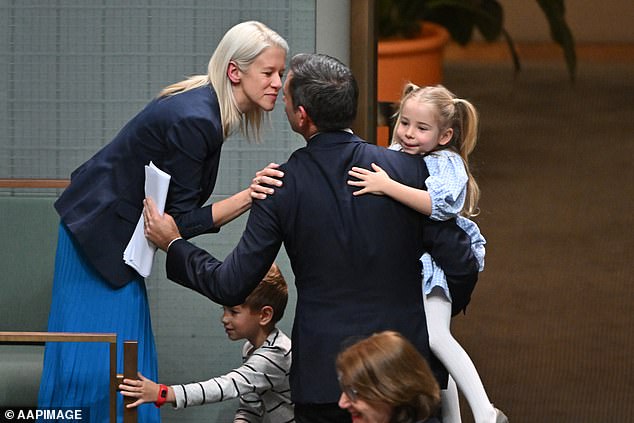 Four of the wristbands have a cultural significance, while one is a gift from Mr Chalmer’s daughter Annabel, above in his arms in Parliament with wife Laura (left) after he delivered his first budget last October 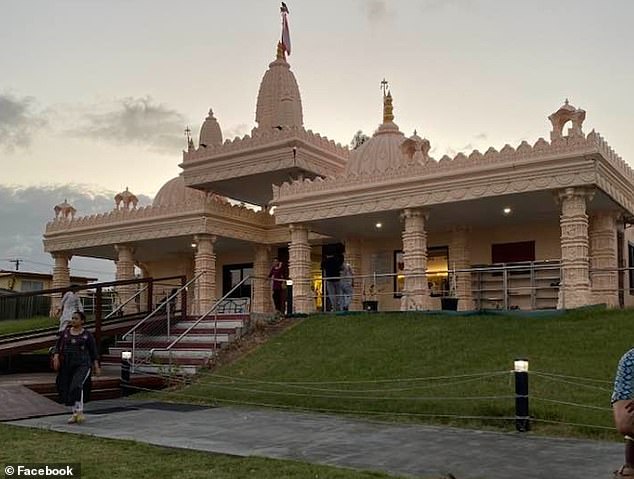 Four of the wristbands are nadachadis, which in Hindu religion are considered ‘sacred’ threads and were blessed by the swami at Mr Chalmer’s local Baps Swaminarayan Temple at Kingston in his Brisbane electorate

The Treasurer said the wristbands were gifts ‘blessed by the swami and I wear them because they’re a reminder of all the different community groups in my electorate’.

The fifth, a dark pink band which sits between two pairs of nadichadis is one of his daughter Annabel’s hairbands.

‘Because she likes seeing me on TV with one of her hairbands around my wrist, or something she’s made for me,’ he said.

Despite a demeaning personal rant by now ex-Treasurer Josh Frydenberg two years ago which deeply offended Indian and Hindu Australians, Mr Chalmers is not Hindu and his connections with that community are cultural.

Mr Chalmers – referred to as Dr Chalmers for his PhD in political science – is of Catholic background.

His electorate encompasses Logan City, the same community he grew up in as a kid. 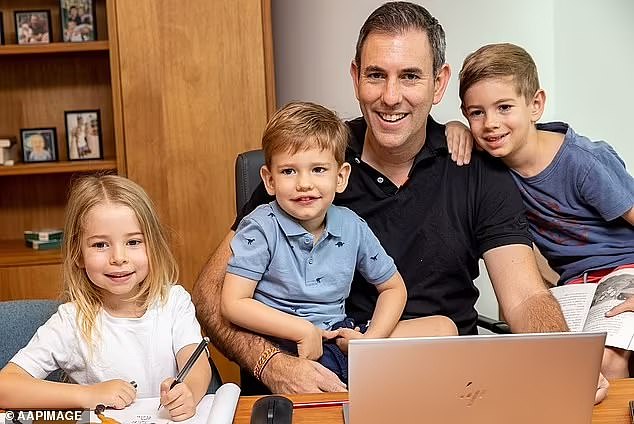 Jim and Laura Chalmers have three children, Annabel, Jack and Leo (above)  and his elecorate of Rankin encompasses Logan City where he grew up 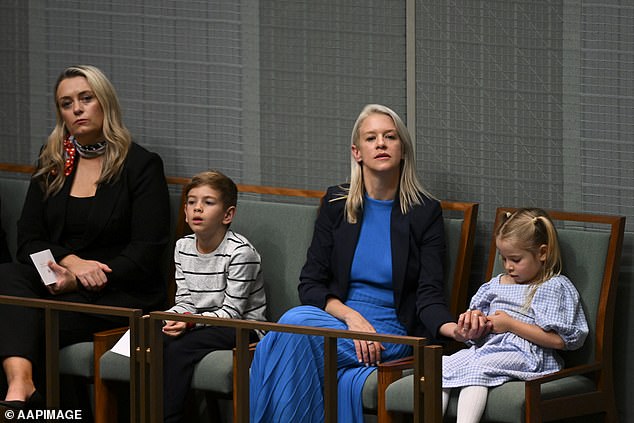 He and his wife Laura, a former Julia Gillard and Penny Wong staffer, have three children, Leo, Annabel, and Jack.

He was Shadow Minister for Finance from 2016 to 2019, then Shadow Treasurer from 2019 to 2022, taking office in May last year when the Scott Morrison government lost the election and Josh Frydenberg lost his seat.

Just three months earlier, Mr Frydenberg inspired laughter among the Liberal leadership during Question Time as he mocked the then Opposition’s idea of potentially pursuing a New Zealand-style ‘wellbeing budget’.

Using his hands to mimic the closed palm gesture of meditation, Mr Frydenberg said that the Labor Party was ‘inspired by their spiritual leader, the member for Rankin’.

‘I was thinking yesterday, as the member for Rankin, [came] into the chamber fresh from his Ashram deep in the mountains of the Himalayas … barefoot into the chamber, robes flowing, incense burning, beads in one hand, wellbeing budget in the other,’ Mr Frydenberg said.

‘I thought to myself [what] yoga position the member for Rankin would assume … to deliver the first wellbeing budget?’ 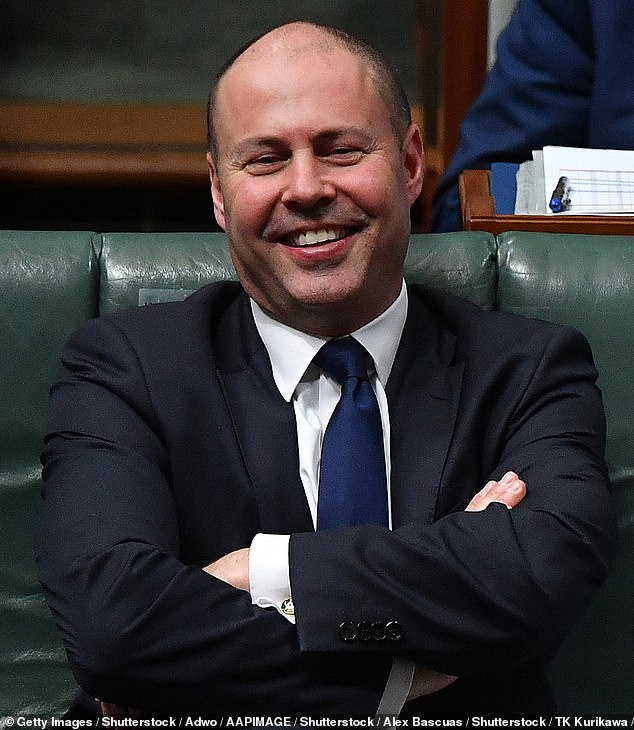 Mr Frydenberg then named a series of yoga poses and footage from inside the House of Representatives shows Scott Morrison, Nationals leader Michael McCormack and other senior Coalition figures laughing.

‘Why was he trying to be demeaning towards Hindus in trying to counter the opposition? Would he dare to [do that] with other religions? I condemn his behaviour,’ Ram Ramaswamy told SBS News.

‘Hindus who are naturally aligned with the Liberals will have to rethink our alliance. Let these politicians understand they cannot take a peace-loving community for granted.’

On May 21 last year, Anthony Albanese was elected Australia’s new Prime Minister. although ousted Josh Frydenberg didn’t concede he had lost his own electorate on Kooyong for another two days.