The federal treasurer has repeatedly stressed households and the economy will take a hit, labelling inflation, interest rates and government debt and the outlook for economic growth ‘confronting’.

On Thursday in his first statement on the economic outlook to federal parliament he will reveal the economic pain he has alluded to.

‘The headwinds our economy is facing – higher inflation at the top of that list, along with slowing global growth – are now reflected in the revised economic outcomes and forecasts,’ Dr Chalmers will say.

The new figures show real Gross Domestic Product grew by three-and-three quarter per cent in 2021-22, instead of four-and-a-half per cent as estimated pre-election.

The forecast for GDP growth in 2022-23 has been revised from three-and-a-half per cent to three per cent.

Growth is expected to slow further in 2023-24, at two per cent, down from the two-and-a-half per cent previously predicted.

His statement comes after a sharp rise in annual inflation in the June quarter to 6.1 per cent – the highest rate in 21 years.

Australia is outperforming much of the world but inflation is making it hard for people to pay the bills, the treasurer adds.

‘Our high inflation is primarily but not exclusively global,’ Mr Chalmers said.

‘It will subside but not overnight.’

Dr Chalmers will outline the challenges for Australia on the home front and globally.

‘The Australian economy is growing – but so are the challenges,’ he will say.

‘Some are home-grown, others come from around the world.’

The statement comes after the International Monetary Fund downgraded its outlook for global growth and warned the world was on the brink of recession, if risks from high inflation and the Ukraine war were left unchecked.

The economic support agency has forecast real GDP to slow to 3.2 per cent in 2022, compared to its April forecast of 3.6 per cent.

It added that world growth had contracted – or turned negative – in the second quarter due to downturns in China and Russia. 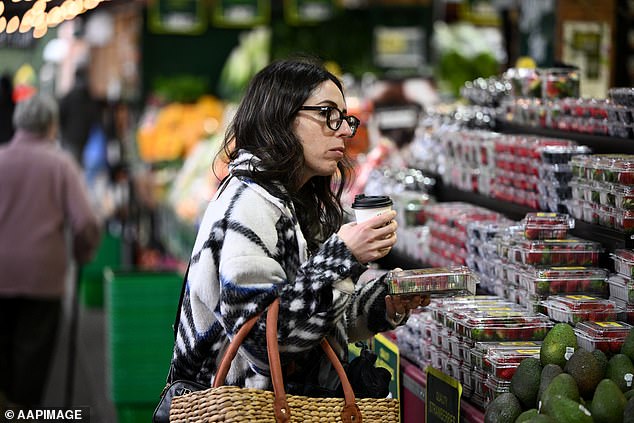 Australian households are expected to take a hit after a sharp rise in annual inflation to 6.1 per cent, its highest rate in 21 years (pictured are shoppers at a Melbourne market)

‘The world may soon be teetering on the edge of a global recession, only two years after the last one,’ IMF chief economist Pierre-Olivier Gourinchas told a news conference in Washington on Tuesday.

The treasurer’s statement will not focus on budget forecasts – he’s saving that for a new Labor budget in October – but it will paint a picture of what Australians can expect when it comes to the budget bottom line.

The latest monthly financial statement for May released by the Department of Finance showed the 2021/22 underlying budget deficit sitting at $33.4 billion.

This was an improvement from the $79.8 billion deficit forecast in the former coalition government’s 2022/23 budget handed down in March. 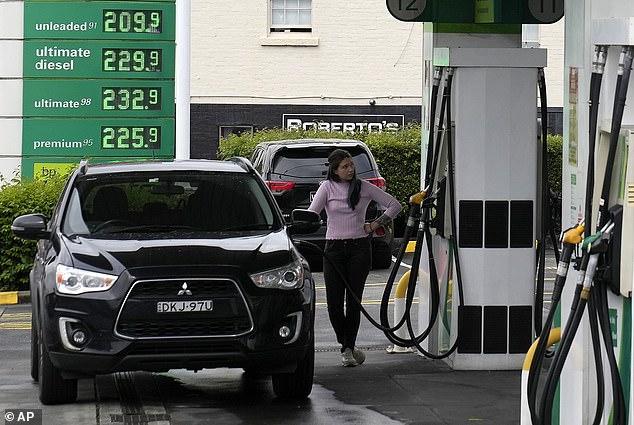 Dr Chalmers said on Wednesday the deficit had improved because of higher commodity prices and higher employment.

‘But what I will explain… is that the things that have been working for us in the budget are temporary, highly temporary, and some of the challenges are more enduring,’ he said.

Dr Chalmers will tell parliament the new Labor government didn’t make the mess but it will take responsibility for cleaning it up.

‘We have it within us to stare down these threats, steer our way through this difficult period, and seize the opportunities of this new age.’ 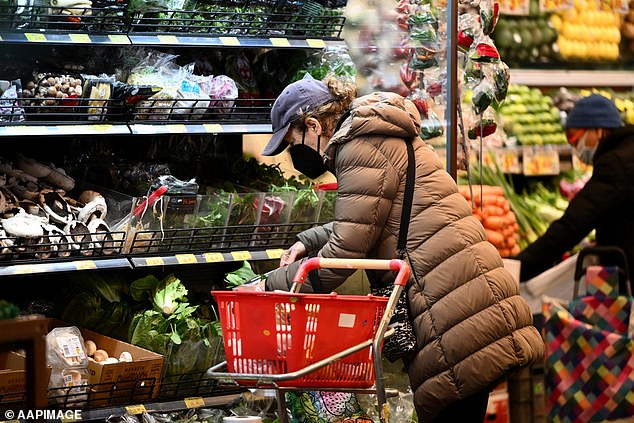 Inflation is making it hard for people to pay the bills, according to the federal treasurer