Travel journalist Simon Calder is blacklisting Wales after locals described him as ‘English Scum’ after he suggested people should head to the Principality.

Celebrating the homeland of Owain Glyndwr, Calder suggested there were many places in Wales where people could take a break.

Unfortunately, after suggesting people should travel west, he received ‘such intense abuse’ and said he has ‘no further plans’ to stay in the country.

Travel journalist Simon Calder, pictured, has said he will no longer book a holiday in Wales following the abuse he received for suggesting people should visit the principality during lockdown 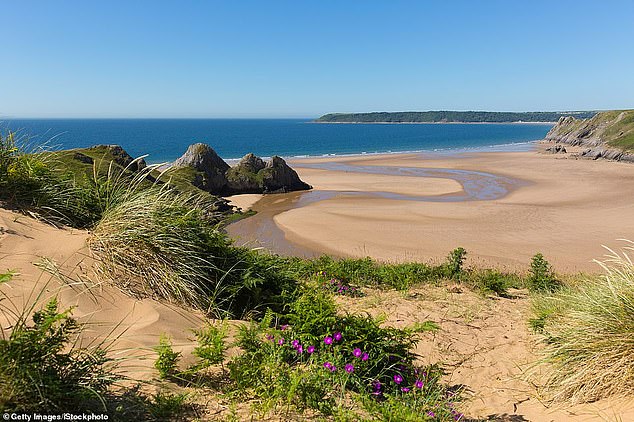 The travel writer was trying to provide readers with a list of places where they could have a relaxing break, but received a torrent of abuse by people from social media.

Writing in the Independent, Mr Calder said: ‘Anyone lucky enough to have a public platform, it’s clearly quite right people respond how they want and I applaud feedback.

‘The intensity of negative comments were of a magnitude I’ve not experienced, completely off the scale. The hundreds of people I inadvertently angered may be glad to hear that I have no further plans to book a stay in Wales.

‘I intended to inspire travellers to enjoy, responsibly, a part of the UK that is rich in wonders, and hoped their visits would in turn support local businesses.’

Earlier, the Welsh government had suggested quarantining English people travelling from areas of the country which have a worrying levels of coronovirus.

‘I think the tweet that the president retweeted said that if Joe Biden were to be elected, then the United States could look like Wales,’ Mr Drakeford replied.

‘So I think many people will have read that tweet and be thinking to themselves, ‘If only that could be true’.’