Kelly Brook has told of her horror after discovering a burglar inside her home – last night revealing she ‘won’t be alone’ overnight in the wake of the terrifying raid.

The TV star is understood to have disturbed the intruder after returning to her luxury London home from presenting her Heart FM radio show on Tuesday evening.

Kelly, 40, was unhurt but revealed she is ‘really shaken up’ following the upsetting burglary in which electrical items and precious jewellery were stolen.

Kelly Brook, 40, was seen yesterday as she comes to terms with a burglary at her home

She told The Sun last night: ‘I’m so, so upset. It’s really shaken me up. I won’t be staying by myself tonight.’

The model, who told a friend that she’s often alone in the property during the week, may have been targeted by a gang operating in the area.

But despite her terror, Kelly reassured fans that she’s coming to terms with the unsettling incident, adding: ‘We just have to keep on keeping on’.

Kelly is said to have seen the burglar running away from the rear of her north west London home after her mansion was targeted for valuables.

A neighbour of the former model told MailOnline yesterday: ‘Kelly was burgled last night. Police spoke to me and wanted to know if I had any further information.’

A source added: ‘Kelly has been left really shaken up by the burglary.

‘Police were called between 7pm and 8pm on Tuesday but the thief had managed to escape before they arrived at the property.

‘They did get away with some electronic items and jewellery but it’s more the fear of someone being at her home which has upset Kelly.’ 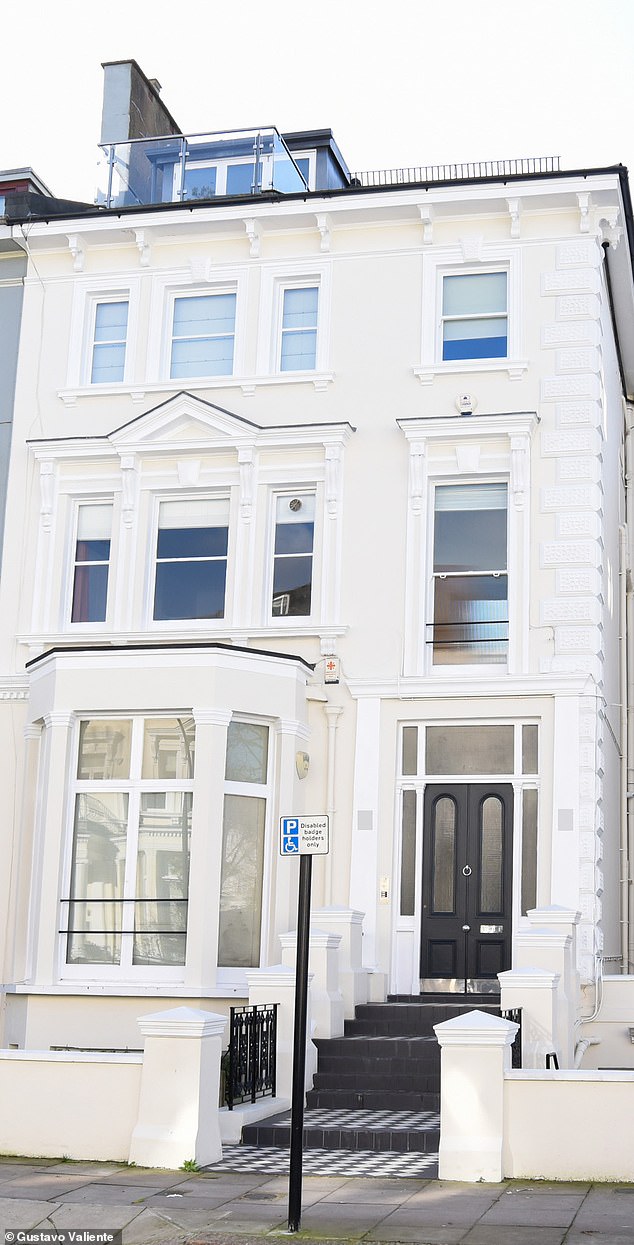 The star lives in a stunning London flat that is said to be worth £3m. Thieves got into the property between 7pm and 9pm and got away with the former model’s expensive jewellery

A source close to Kelly revealed yesterday: ‘The police arrived between 7pm and 9pm last night.

‘We think she may have returned home after her slot on Heart FM and disturbed the burglar while he was still in her house.

‘He managed to escape with electronic items and some jewellery. Understandably Kelly has been left terribly shocked by this.’

A Scotland Yard spokesman said: ‘Police were called at around 7.35pm on Tuesday February 11 to a report of a burglary at an address in London.

‘There was no report of injury. Officers attended the location and have begun an investigation. There has been no arrest at this early stage.’

Kelly and co-host Jason King – JK – present a three hour show on Heart London every weekday between 4pm and 7pm.

Despite the drama, Kelly returned to the studio to present Wednesday’s show.

She was pictured outside the radio studios before her show on Tuesday in a camel coat and knee-high boots. 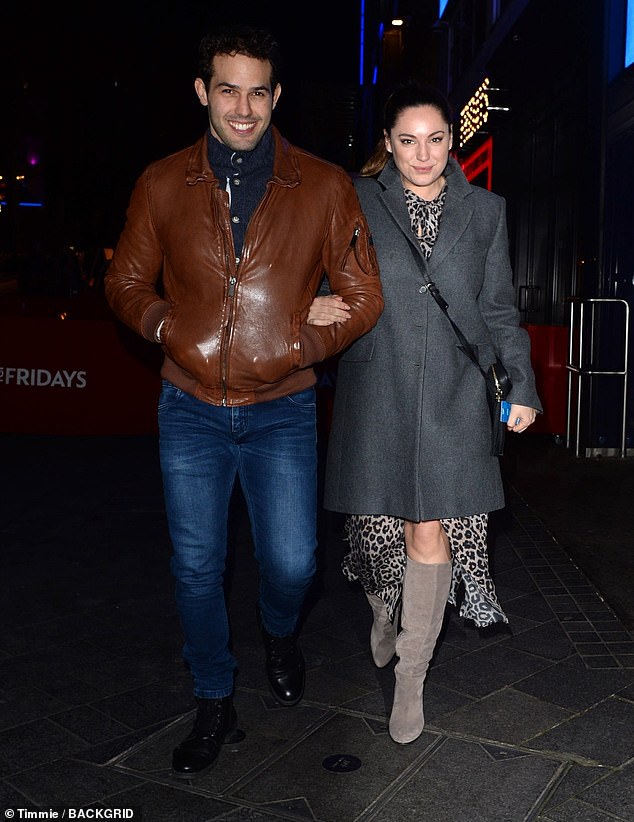 Kelly pictured with longtime partner Jeremy Parisi. A source said: ‘Kelly has been left really shaken up by the burglary’

Kelly, who’s in a relationship with French model and actor Jeremy Parisi, 33, also owns a £1 million farmhouse in Kent, where she’s become a keen gardener.

The former actress has reportedly spent 12 years renovating the property, while also keeping her flat in London for when she’s working in the city.

Talking about her Kent home in 2018, she said: ‘For me it was about stripping it back to its bare bones, and getting the landscaping right.

‘Anyone who’s owned a period property knows it’s a never-ending labour of love.

‘I wanted the house to look its age so I worked with an architect, stripping out the plaster to expose the frame of the house and the original beams.

‘But though it looks old, it’s super-efficient and has underfloor heating.’

She has also become a star in the US appearing in science fiction drama Smallville, NBC sitcom One Big Happy and horror movie Piranha 3D.