His 70-year career saw him expose wrongdoing around the world, his most famous campaign shining a light on hundreds of British thalidomide children to finally hold drugs companies responsible to account.

Sir Harold’s other work as magazine founder, book publisher and author made him one of the most influential media figures of his generation.

Author Robert Harris, whose first book he bought, said he was the ‘son of a railway man who wanted to take on the establishment’.

As the former editor of the Sunday Times and, at his death, Reuters editor-at-large, Evans put a unique stamp on investigative journalism.

He championed causes either overlooked or denied and he and his team uncovered human rights abuses and political scandals, and advocated for clean air policies. 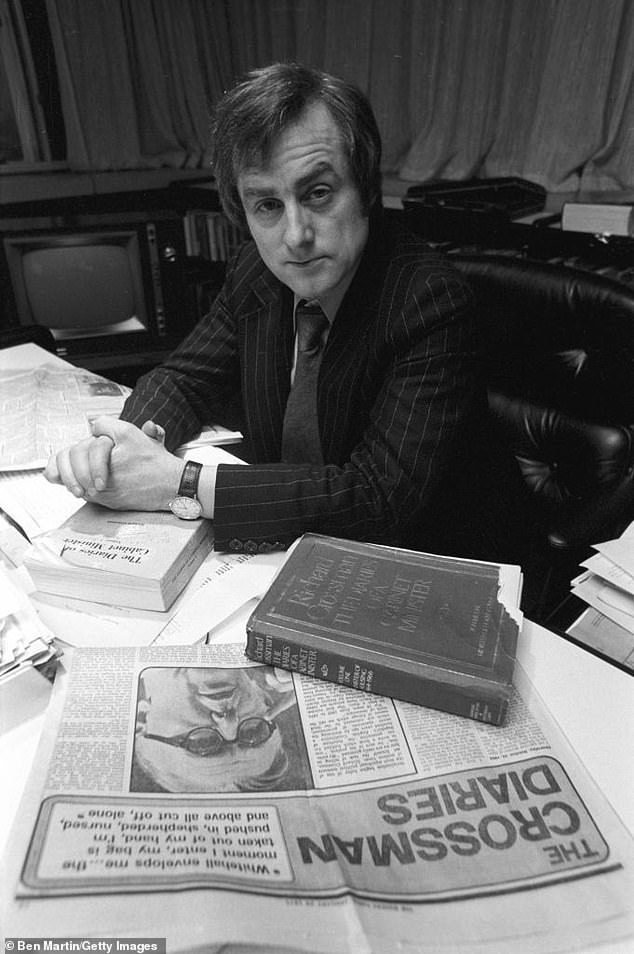 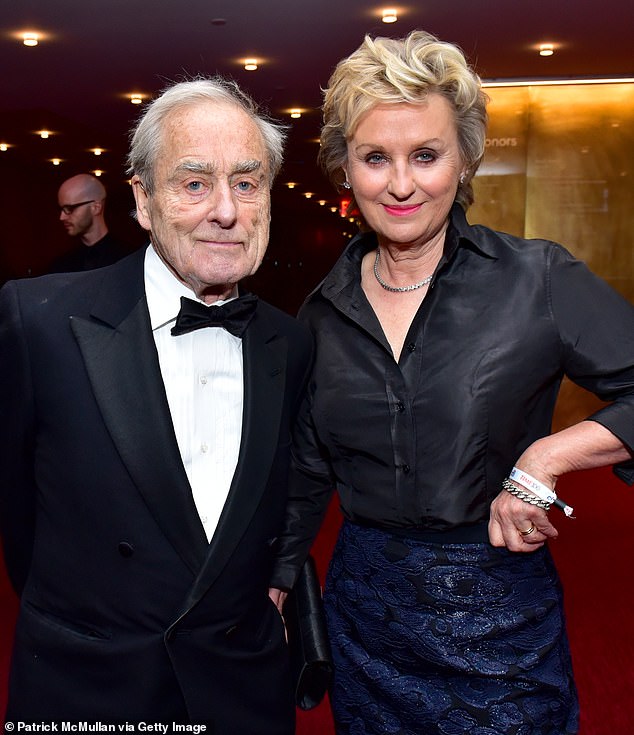 Harold Evans, pictured with his wife Tina Brown, moved to the United States in the 1980s

One of his most famous investigations exposed the plight of hundreds of British thalidomide children who had never received any compensation for their birth defects.

Evans organized a campaign to take on the drug companies responsible for manufacturing the drug, an effort that eventually won compensation for the families after more than a decade.

‘All I tried to do – all I hoped to do – was to shed a little light,’ Evans said in an interview with the Independent in 2014. ‘And if that light grew weeds, we’d have to try and pull them up.’

After 14 years at the Sunday Times, Evans became editor of the Times of London shortly after media mogul Rupert Murdoch purchased the paper in 1981. Evans left a year later in a dispute with Murdoch over editorial independence.

A few years later, Evans moved to the United States with Brown, the journalist and editor to whom he was married for nearly 40 years. He continued his career as an author, publisher and university lecturer. He penned several books, including ‘The American Century’ and its sequel ‘They Made America’, as well as an ode to good writing called ‘Do I Make Myself Clear?’.

He became the subject of books and documentaries, including ‘Attacking The Devil: Harold Evans and the Last Nazi War Crime’, about the thalidomide campaign.

Evans founded Conde Nast Traveler magazine and served as president and publisher of Random House from 1990 to 1997.

Under his leadership, Random House scored various publishing successes, including the best-selling ‘Primary Colors,’ a satire about Bill Clinton by Anonymous, later revealed to be journalist Joe Klein, and Colin Powell’s ‘My American Journey.’ 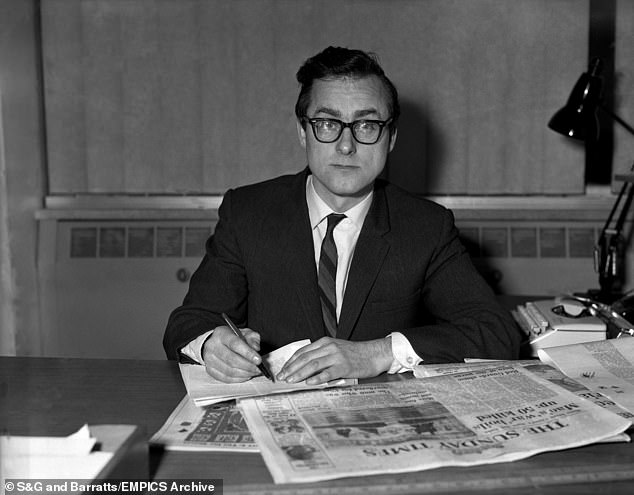 Harold Evans, editor of the Sunday Times, in his Thomson House office after his appointment 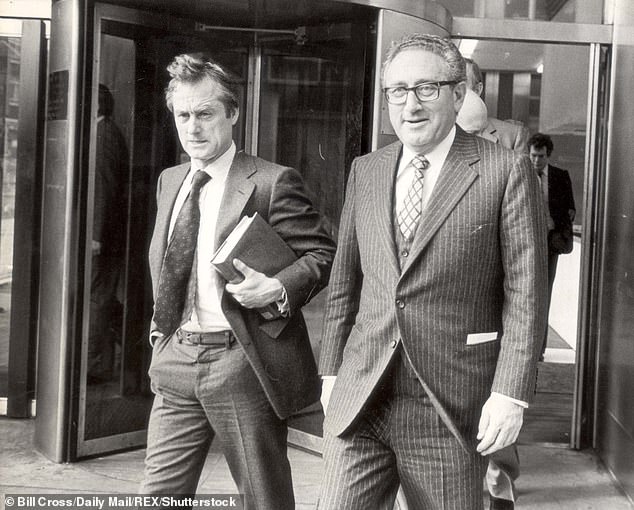 Born to a family from what he called ‘the respectable working class,’ Evans received one of the highest honors of the British monarchy when he was knighted by Queen Elizabeth in 2004 for his services to British journalism. Two years earlier, a poll by Britain’s Press Gazette and the British Journalism Review named him the greatest newspaper editor of all time.

‘Harry Evans was an inspiration, not only as a great journalist but as a great man. He had an insatiable intellect, extraordinary tenacity, high principle, and a generous heart,’ Stephen J. Adler, Reuters editor-in-chief, said.

Evans also had a sense of humor. ‘Editor-at-large means you’re free to create as much havoc as they will tolerate,’ Evans was quoted as saying by the Financial Times.

‘He was the inventor of team journalism. In the editorial chair, he was a human dynamo and set in motion such a stream of powerful stories and campaigns that his rivals (I was one) could only struggle to keep up,’ Donald Trelford, the former editor of the Observer, wrote in a review of Evans’ memoir published in 2009 called, ‘My Paper Chase: True Stories of Vanished Times.’ 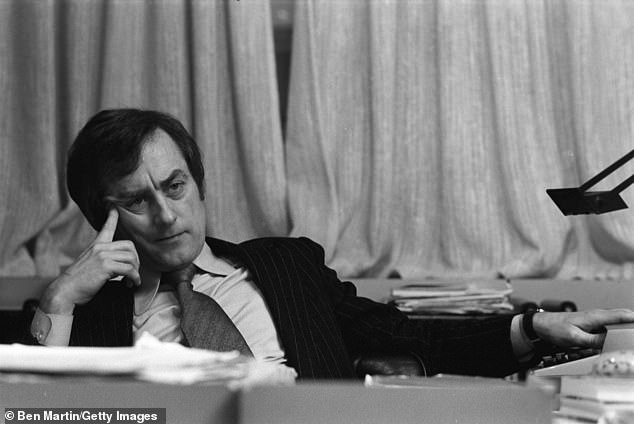 Harold Matthew Evans was born in Greater Manchester, England, on June 28, 1928, the son of a train driver.

He entered journalism in what was then the traditional way, taking his first reporting job at a weekly newspaper at age 16. He went on to study at Durham University.

After serving in the military and earning a master’s degree, Evans became an assistant editor at the Manchester Evening News.

In 1961 he was named editor of the Northern Echo and first developed his reputation as a relentless journalist with campaigns against air pollution and for a national program to detect cervical cancer, an initiative that still saves thousands of lives each year.

Evans became editor of national weekly the Sunday Times in 1967, and made it an exemplar of investigative journalism, with reports from its Insight team.

In addition to helping win compensation for Britons who suffered birth defects from thalidomide, a drug taken for pregnancy sickness, the Sunday Times published in 1967 an expose of high-ranking British intelligence officer Kim Philby’s decades as a Soviet spy, despite objections from the British government that the report would endanger national security.

When Murdoch bought the Sunday Times and Times of London in 1981 from the Thomson Corp, he installed Evans as editor of the Times but the relationship quickly turned sour – and stayed that way. Evans said the British government allowed Murdoch to buy the Times newspapers on the strength of pledges he made to uphold editorial independence.

‘He broke them all within a year,’ Evans said in a 2013 Reuters interview.

He said his own writings about then-Prime Minister Margaret Thatcher were the source of the rift with Murdoch.

‘When she started to dismantle the British economy, the most cogent critic of that policy … was the Sunday Times,’ he told the Independent. ‘I wrote 70 percent of that criticism myself. When I became editor of the Times, I continued to criticize monetarism.’ 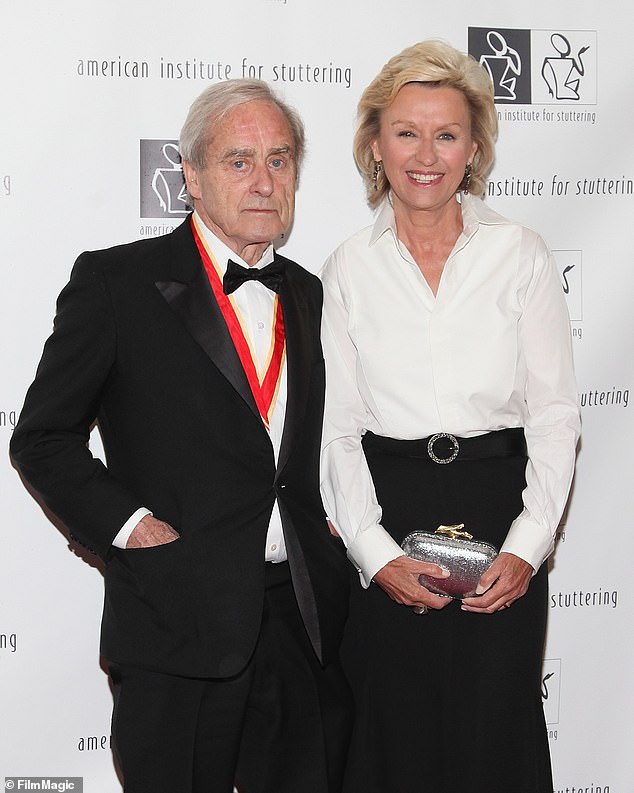 Evans moved to the U.S with his wife Tina Brown when she became the editor of Vanity Fair in the 1980s, and then later the New Yorker before co-founding Daily Beast in 2008

Within a year, Evans was ousted from the Times in what he called ‘the saddest moment of my life.’ Murdoch said he made the move to avert a staff rebellion and insisted he had never tried to dictate newspaper policy.

That same year, Evans married Brown in New York. The two had met in 1973 when she had been a writer for the Sunday Times.

In 1984, Evans and Brown moved to the United States, where he taught at Duke University in North Carolina and later held various positions with U.S. News &amp; World Report, the Atlantic Monthly and New York Daily News among others.

In London, Brown had edited The Tatler magazine. In America, she became editor of Vanity Fair magazine and later the New Yorker, before co-founding the Daily Beast news website in 2008. Evans became a U.S. citizen in 1993 and Brown followed suit in 2005.

In addition to his wife, Evans leaves his children Isabel, Georgie, Ruth, Michael and Kate Evans, grandchildren Anna and Emily Vanderpool, and brother Peter Evans. His first wife, Enid, from whom he was divorced in 1978, died in 2013.

Adler said: ‘I am so grateful Harry became my mentor and friend, and all of us at Reuters are blessed to have worked with him and learned from him these past 10 years. His example will continue to guide us.’