Traffic levels in some of Britain’s major cities during rush-hour has increased over the past week despite new lockdown rules urging people to stay at home.

Congestion levels in Bristol were at 42 per cent at 8am on Monday at the height of the morning rush hour – an increase of seven per cent compared to last week.

In Liverpool, morning rush-hour congestion was at 41 per cent, compared to 37 per cent the previous week.

Similarly, there was also more traffic recorded in Leeds and Newcastle.

In London, levels were only marginally down from a week earlier, before England’s second national lockdown was imposed. Traffic data company TomTom said journey times were extended by 59 per cent because of congestion on Monday, down from 63 per cent a week earlier.

However, photos taken in the capital this morning showed packed trains on the London Underground as commuters made their way to work despite the threat posed by Covid-19 and the Government urging people to work from home if they can.

Traffic levels in the capital on Monday were at 60 per cent at 8am, up around five per cent from the same time on Thursday, hours after the new lockdown was imposed

It comes after Tory MPs told Transport Secretary Grant Shapps that cycle lanes and road restrictions brought in during the pandemic should be scrapped.

In a letter seen by the Daily Mail, the 14 backbenchers warned that the disastrous anti-traffic measures were worsening gridlock and pollution and causing what they described as ‘palpable danger’ across the country.

They said the Conservative Party was engaged in ‘war on the motorist’ and said the Department for Transport’s roads policy during the pandemic as ‘indefensible’.

Under the controversial policy, councils have used taxpayer cash to turn over vast sections of road to pedestrians and bikes.

In some cases, roads have been closed altogether to create ‘low traffic neighbourhoods’ in busy residential areas.

Rather than improving local areas, critics say, the schemes have worsened gridlock and pollution, caused delays for 999 services and hurt businesses which rely on trade from passing traffic. 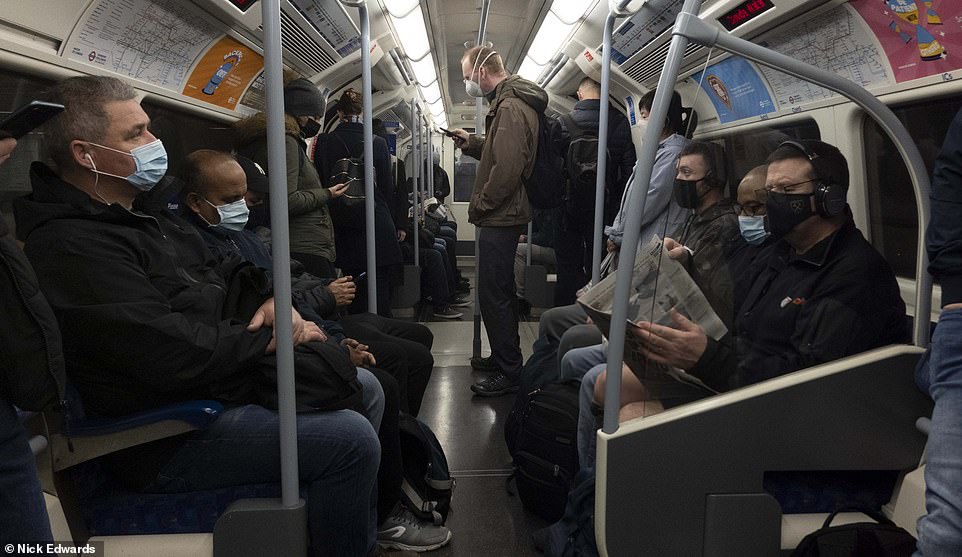 Similarly, in Leeds, Bradford, Liverpool and Bristol, the number of cars on the roads yesterday was higher than just after the lockdown came back into force

Astonishingly, some of the most chaotic schemes have been ripped out after as little as 48 hours.

The measures have so far cost £400,000 a day. In a move likely to ignite fresh anger, Mr Shapps will this week release a further £175million to councils for new road schemes.

But in a partial U-turn, he will say they cannot proceed with schemes unless they can prove they have the support of residents, businesses and the area’s MP.

Motoring groups have spent weeks campaigning against the measures, but the intervention by Tory MPs marks a significant turning point in the row.

The MPs’ letter to Mr Shapps, written by Tory MP Craig Mackinlay, says: ‘The extra £250million being spent on these projects is simply a high-priced idealistic formula for even more congestion and the associated increased pollution that comes from resultant slower moving or stationery vehicles.

‘This policy is indefensible, with our constituents up in arms at seeing high streets desolated, small businesses ruined, and emergency services impeded.

‘With only 4 per cent of road journeys by bicycle, the over-emphasis on cycling initiatives and their influence on policy is counterproductive, both economically and politically.