The top 10 selling new cars in Australia for 2022 have been revealed and the list is dominated by diesel-thirsty utes and four-wheel drives.

Toyota’s HiLux was named the biggest seller in sales data released on Thursday in a double win for the Japanese giant, which was also Australia’s most popular brand.

Sales of its various models accounted for a huge 21.4 per cent of all new car sales.

It was the seventh-straight year the HiLux ute was the biggest seller, having dethroned the ultra-reliable and once untouchable Toyota Corolla back in 2016.

Toyota’s HiLux was named the biggest-seller in sales data released on Thursday in a double win for the Japanese giant, which was also Australia’s most popular brand

For 2022 the HiLux beat Ford’s Ranger ute, the second highest-seller, with another Toyota third, the mid-sized SUV, RAV4.

Toyota’s sales for 2022 outnumbered those of the next two biggest-selling brands combined. Those were Mazda and Kia.

The figures show Australia’s love affair with utes continues and that it’s also offsetting the growth in electric vehicle sales. 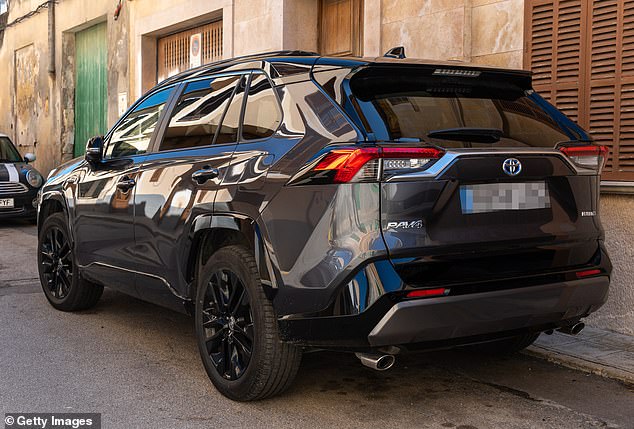 Another Toyota was the third biggest seller, the mid-sized SUV, RAV4 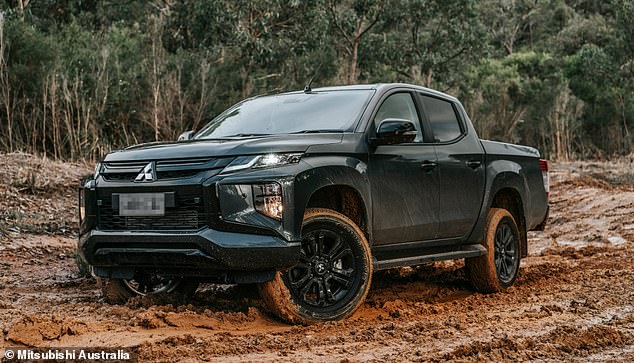 The new car sales data confirmed Australia’s love affair with big vehicles is far from over. Mitsubishi’s Triton was the fourth-top seller for 2022

In August, Tesla’s Model 3 sedan outsold Toyota’s LandCruiser as it cracked the top five list of new cars for the month.

But over the full year a familiar picture emerged.

SUVs and light commercial vehicles accounted for 76.8 per cent of all sales and comprised eight of the top 10 vehicles.

Four utes are in the top 10, while big family SUVs, Toyota Prado and LandCruiser are also on the list.

Most of the rest of the top 10 are medium-sized SUVs.

Battery electric vehicles accounted for just 3.1 per cent of sales.

‘This has been something that’s been going on for at least 60 years in Australia,’ he told news.com.au.

Mr Weber believes our preference for big cars presents the government with ‘a real challenge’.

Such targets would face resistance from buyers who do not want to downsize from utes and SUVs.

There is only one electric ute on sale in Australia, LDV’s dual-cab eT60.

It costs more than $90,000 and has limited range and towing ability.

The other huge challenge to ute and SUV lovers is that looming ban on petrol and diesel vehicles, expected around 2035.

The world’s push towards being carbon neutral by 2050 has seen policymakers, research institutes and even insurance companies calling for new petrol and diesel vehicles to be banned before 2035 could see the end of the vehicles altogether.

The sales results also showed Australia’s new car industry has bounced back strongly from a slow start to 2022.

Since August, new car sales have been up more than 15 per cent compared to the same period in 2021.