By Aidan Wondracz and Danyal Hussain For Daily Mail Australia

An Indian nurse accused of killing Toyah Cordingley has asked to be extradited to Australia so he can fight the allegation.

Rajwinder Singh, 38, is accused of murdering the 24-year-old on Wangetti Beach, in far north Queensland, in October 2018.

He then allegedly fled to India two days later sparking a four-year manhunt before he was tracked down to a village and arrested in November.

Singh denied the allegation and said he was prepared to fight it after officially submitting a request to return to Australia in a New Delhi court on Saturday.

An Indian male nurse (centre, Rajwinder Singh) accused of killing Toyah Cordingley has asked to be extradited to Australia so he can fight the allegation 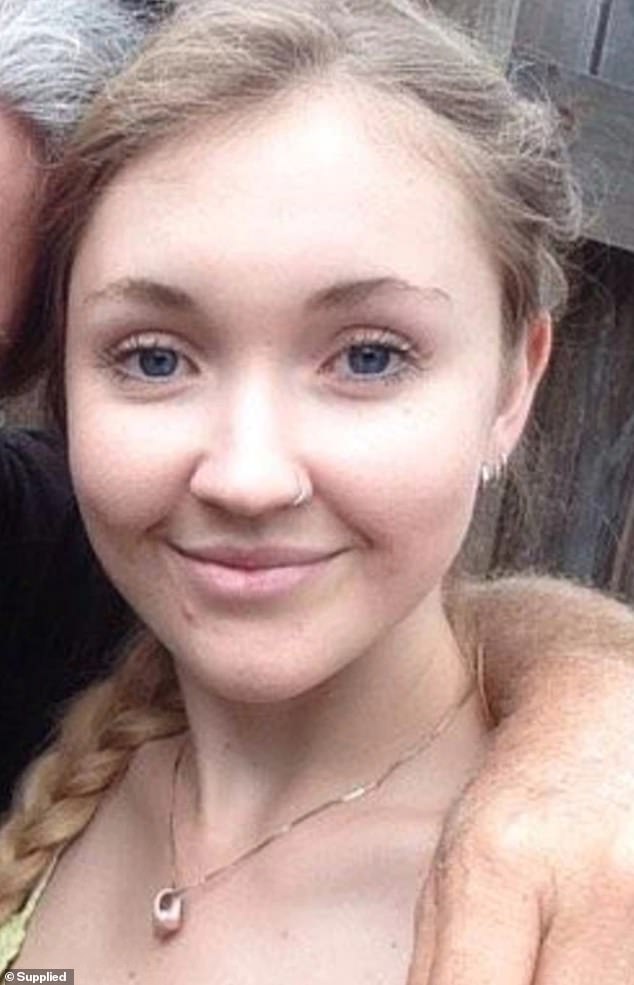 Rajwinder Singh, 38, has been accused of murdering the 24-year-old teenager (pictured) on Wangetti Beach, in far north Queensland, in October 2018

He told media he has ‘done nothing wrong’ and that he is ‘an eye witness to a murder’.

‘I am not the killer, I didn’t kill her (Toyah),’ he told Courier Mail. ‘I will tell the court why I ran from the country over there.’

Singh said he wanted the Australian Federal Police to take over the investigation from Queensland Police and insisted on a ‘thorough investigation’.

His father Amar has thrown his support behind his son saying that he believed in his innocence.

‘I fully support my son’s decision to go to Australia and contest the charges,’ he said.

The extradition order must now be signed off by the Indian Government before Singh can return and it is unclear when that will happen.

Singh told local reporters in Delhi that he will ‘explain everything over there in Australia’. 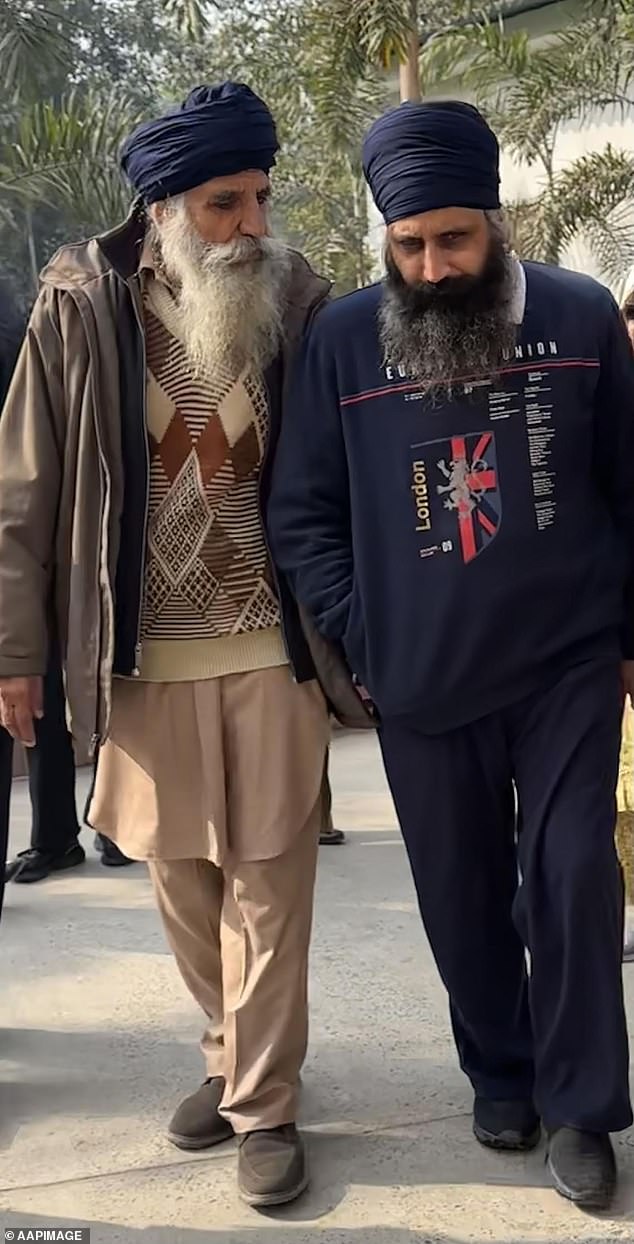 Singh (right, with his father Amar) told media he has ‘done nothing wrong’ and that he is ‘an eye witness to a murder’ 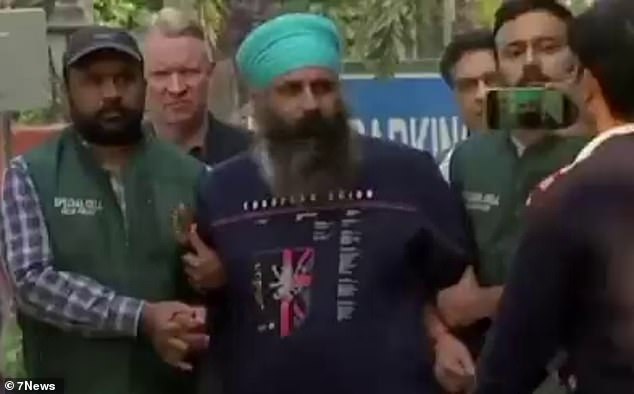 On Saturday, Singh (pictured outside court in Delhi) entered a ‘willingness statement’ which means the Indian court accepted his desire to return to Australia and face trial 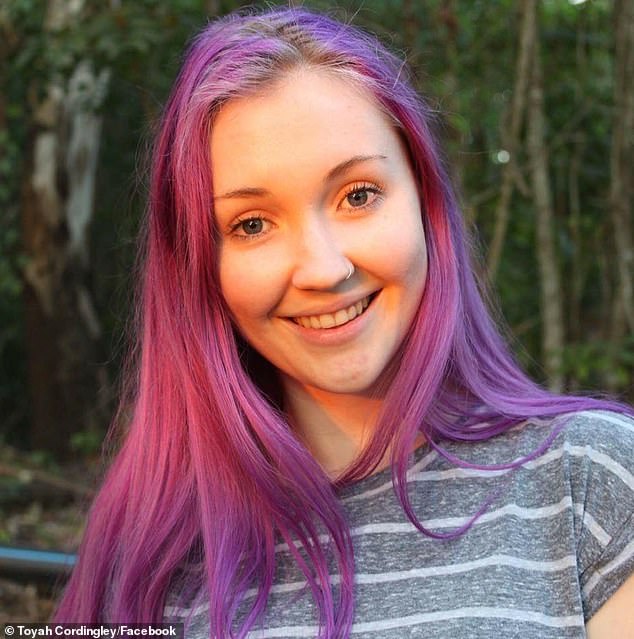 Ajay Digpaul, the government’s prosecuting counsel, previously told AAP: ‘We will seek to ensure this case proceeds with maximum speed.’

Australian police allege Singh stabbed Ms Cordingley to death on Wangetti Beach, north of Cairns, as she took a morning walk with her dog.

Singh allegedly boarded a flight to India, leaving his wife and three children, a day after Ms Cordingley was reported missing.

Ms Cordingley’s father found the body of the pharmacy worker half-buried in the sand, with her dog tied up unharmed to a nearby tree.

Local Indian media report Singh allegedly told Delhi police he got into an argument with Ms Cordingley because her dog barked at him.

The prosecution is ‘very focused on this case,’ Mr Digpaul said. 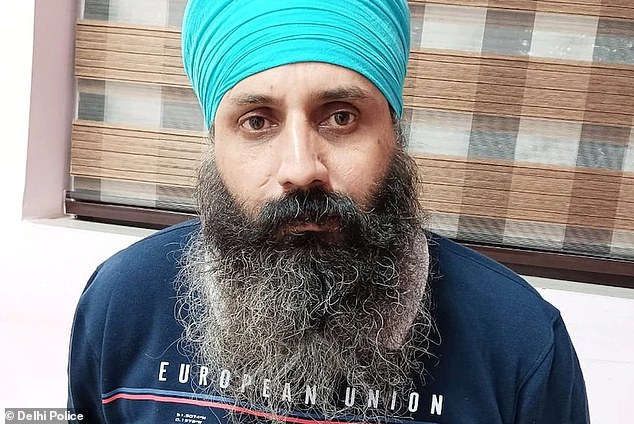 Rajwinder Singh, 38, was finally tracked down to a village in India and arrested in November 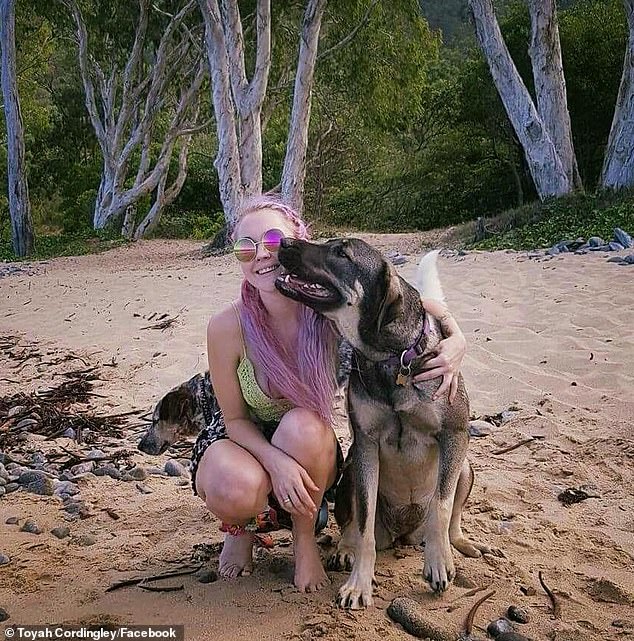 Toyah had driven to Wangetti Beach, north of Cairns, to walk her dog. She never returned home

But Singh ‘will have the right to appeal,’ he added.

In November, Delhi Police shared a photo of the suspect, showing him sporting a turban and long white-streaked beard.

His appearance is completely different to photos that circulated of him after Toyah’s death in 2018.

He was arrested following an extradition request by Australia in 2021 and a $1million reward offered by Queensland authorities which attracted the attention of bounty hunters.