The cost of toxic air: Three MILLION working days are lost in the UK each year because of pollution, report reveals

More than three million working days are lost each year because of air pollution, a report has found.

Dirty air contributes to conditions including bronchitis, coronary heart disease and asthma, which all lead to doctor’s appointments, hospital stays and sick leave from work.

Under current air pollution limits in the UK, the cost of sick leave, premature deaths and reduced productivity could be around £1.6billion a year, the report says.

Air pollution levels in excess of WHO targets cost the lives of almost 17,000 working-age people a year according to the Clean Air Fund charity, pictured the A40 in Perivale on Monday 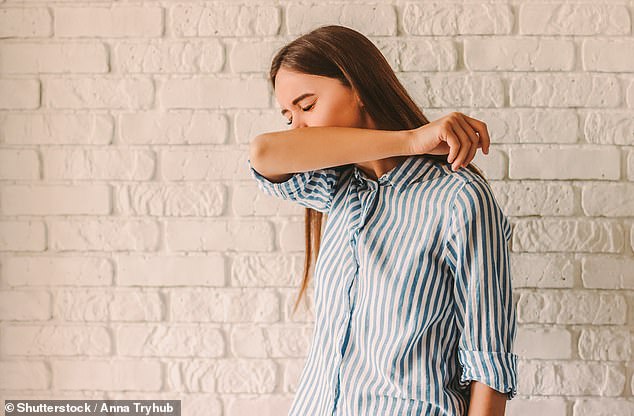 Dirty air contributes to conditions including bronchitis, coronary heart disease and asthma, which all lead to doctor’s appointments, hospital stays and sick leave from work

But the impact could be slashed if the country followed stricter World Health Organisation limits, campaigners believe.

Analysis by the Confederation of British Industry, for the Clean Air Fund charity, found that almost 17,000 deaths of working-age people could be prevented each year by cutting air pollution targets to WHO levels.

The report estimates this could also prevent 2.2million sick days a year, and 100,000 days taken off by staff to look after children with problems such as asthma attacks triggered by traffic fumes. Another 900,000 days could be lost each year because workers with pollution-related illnesses are about 20 per cent less productive.

The Department for Environment, Food and Rural Affairs said that in its Environment Bill it has ‘committed to setting ambitious targets to improve air quality’.

As well as calculating the economic impact on the UK as a whole, it also looked in detail at the boost to four major cities, with London predicted to see a £480 million benefit.

Manchester could see economic benefits to the tune of £28 million from the stricter air pollution limits, while for Birmingham the figure is £25 million and in Bristol it would be £7 million, the report suggests.

The Clean Air Fund is calling on the Government to include a legally binding commitment to meet the WHO air pollution standards by 2030 in the Environmental Bill which is due to be debated in Parliament this autumn.

Jane Burston, executive director of the Clean Air Fund, said: ‘We know clean air makes us healthier, but our research shows it can make us all wealthier too.

‘If businesses and government work together to ensure clean air for all, we can protect our health and re-energise the economy at this critical time.

‘Ministers must commit to binding targets to cut air pollution in line with WHO guidelines by 2030.’

Rain Newton-Smith, chief economist of the CBI, said: ‘Not only is there a clear moral responsibility to address air pollution and the impact it has on human health and the environment, there’s also a striking economic rationale.

‘That is why the CBI has been absolutely clear that a focus on a green recovery should be central to our Covid-19 response.’

She said there were ‘incredible opportunities’ from shifting to a greener economy, such as mass energy efficiency programmes and new sustainable transport infrastructure, and that improving air quality should be a key part of cutting greenhouse gas emissions to net zero by 2050.

‘With air pollution hitting the balance sheets of businesses across the country, and cutting the earnings of their employees, cleaning up our air would help us to lead healthier and more productive lives, while delivering a green jobs boost for the economy,’ she said.