The places where homebuyers could benefit the most from a proposed stamp duty holiday have been revealed, with potential savings of up to £15,000.

The biggest potential savings on the tax bill for buying an average home outside of London would be in Surrey’s Dorking, Hampshire’s Lymington and Surrey’s Sunbury-on-Thames, according to Rightmove.

It comes as Rishi Sunak will not delay a stamp duty cut slated for his mini-Budget tomorrow after warnings that the housing market would be wrecked for months.

Sources told MailOnline that there would not be any delay in the implementation of a stamp duty cut. 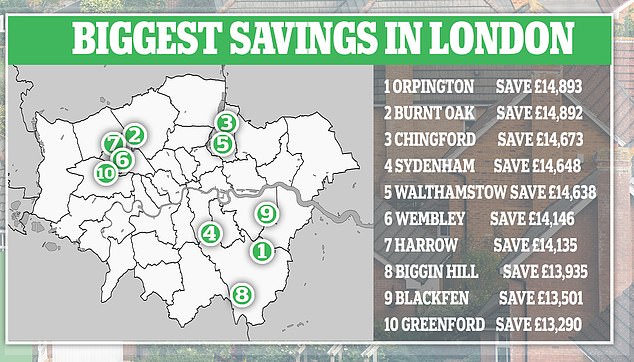 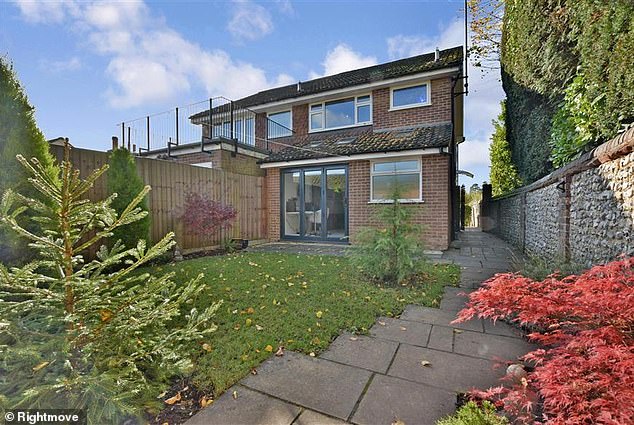 Big stamp duty savings: This three-bed semi-detached house in Dorking, Surrey, is for sale for  £495,000 via estate agents Cubitt & West 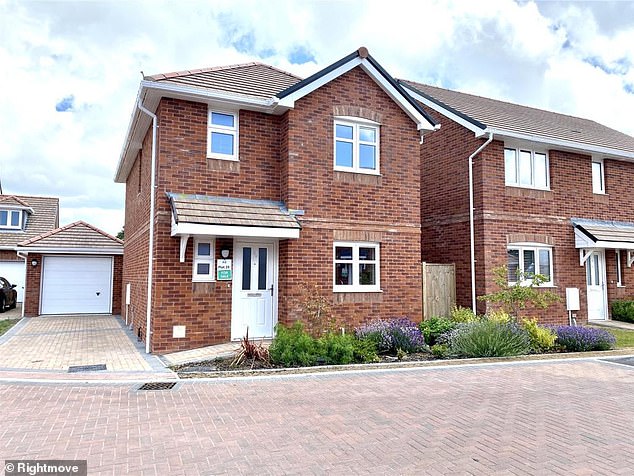 Another top area for stamp duty savings is Lymington, Hampshire, where this three-bed detached house is for sale for £499,999 via  Hayward Fox estate agents

Rightmove based its findings on the initial stamp duty threshold being raised to £500,000 and the data only included places where the current average asking price is between £450,000 and £500,000.

The Chancellor’s crucial coronavirus recovery package is expected to include a six-month ‘holiday’ from paying the charge on most homes to kickstart the market.

However, economists voiced alarm at the idea that the move could be announced to the House of Commons, but not implemented until the Autumn.

Fears were raised that purchases would grind to a halt as people would simply wait in order save thousands of pounds.

Treasury officials have been looking at a temporary six-month increase in the stamp duty threshold from the current level of £125,000 to an amount between £300,000 and £500,000 to stimulate demand.

But economists and property experts warned that a delay until Autumn, as had originally been mooted, could put the housing market into the deep freeze.

The stamp duty move is expected to be the centrepiece of Mr Sunak’s financial address tomorrow as he sets out his vision for the recovering UK economy. 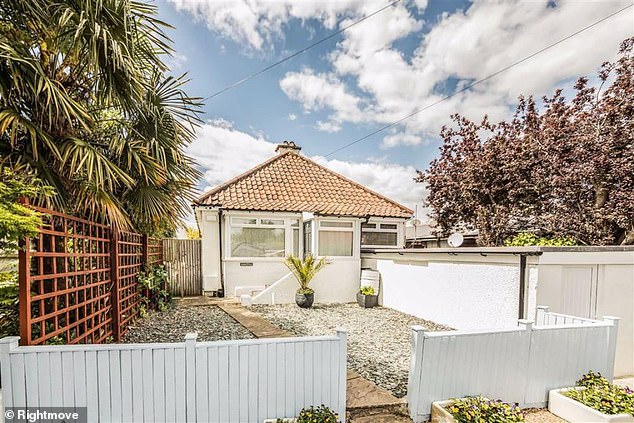 This three-bed detached house in Surrey’s Sunbury-On-Thames is for sale for £499,950 via Waterview estate agents 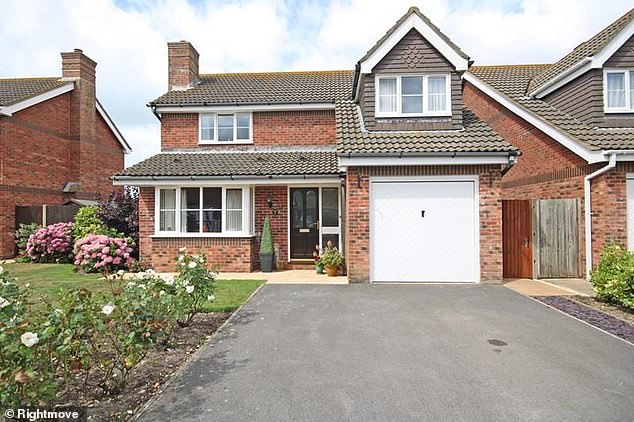 This four-bed detached house in Barton on Sea, in Hampshire, is for sale for £479,950 via Hayward Fox 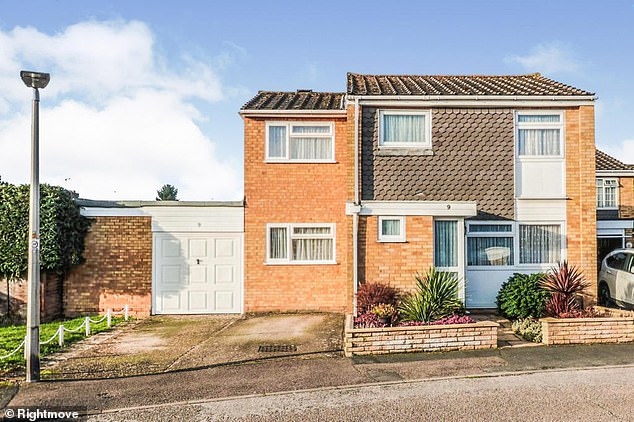 Stamp duty savings are attractive in Broxbourne, Hertfordshire, where this four-bed house is for sale for £490,000 via William H Brown estate agents

Buyers in Dorking, Surrey, topped the list with a potential saving of £14,921, based on an average house price in the area of £498,422, according to Rightmove.

In third place is Sunbury-On-Thames in Surrey, where the average house price is £498,088 and the potential stamp duty saving would be £14,904.

Rightmove also looked at the areas in London, with Orpington in Bromley topping the list of biggest potential savings.

Other places in London with the biggest potential savings include Burney Oak in Barnet, Chingford in Waltham Forest, and Sydenham in Lewisham.

After the backlash yesterday, it is now rumoured that Mr Sunak will not delay a stamp duty cut until the autumn – and instead introduce it from the time of his announcement expected tomorrow.

There were concerns that the property market could grind to a halt if the measure was delayed as people would simply wait to buy in a bid to save thousands of pounds.

Currently, anyone buying a property in England or Northern Ireland that costs more than £125,000 and who isn’t a first-time buyer must pay stamp duty. 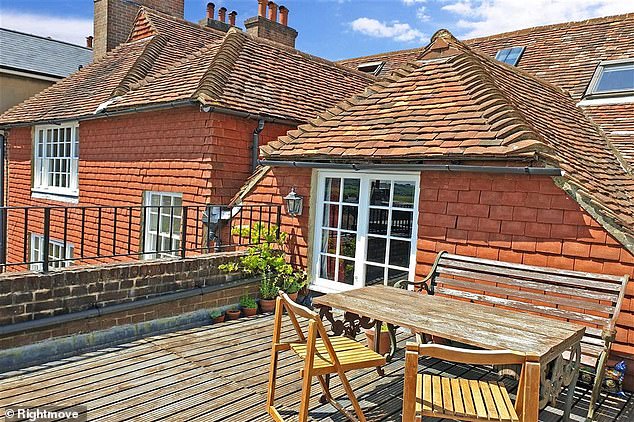 In Lewes, East Sussex, this three-bed maisonette is for sale for £490,000 via Cubitt & West

Rightmove’s Miles Shipside said: ‘Buyers in higher priced areas with bigger deposits would benefit most if the stamp duty threshold was raised to £500,000.

‘If it is included in the summer update it needs to be made clear what it would mean for people home hunting or currently going through the conveyancing process right now, as an announcement now that doesn’t come into play until the autumn will only lead to people delaying their plans.

‘There’s currently record housing demand but the market also needs the ability for lenders to extend the availability of low deposit mortgages, vital to healthy first-time buyer volumes that help drive the rest of the market.

Jonathan Harris, of mortgage broker Forensic Property Finance, said: ‘The property market rests on confidence so any delay in the introduction of a stamp duty holiday would have created unwelcome uncertainty.

‘This would effectively create a deep freeze as buyers put transactions on hold until they can benefit from a stamp duty saving which could run into thousands of pounds. Bringing the stamp duty holiday in immediately is the right thing to do.’