Young women around Australia are being struck down by a mystery neurological illness – with experts fearing social media addiction and pandemic stress is triggering the problem.

Doctors are also witnessing the phenomenon across the globe where previously healthy young women have reported suddenly coming down with violent physical and verbal impulses.

But what’s causing the rapid increase in cases has parents and medical authorities baffled.

One possible explanation is that anxiety and stress stemming from extended periods of isolation coupled with obsessions for apps like TikTok, may have been the catalyst.

‘This bright, spunky, fiercely independent young girl just trapped in her own body, in her own head. It’s really hard to watch,’ Melissa told 60 Minutes of her daughter Metallica – before the teen slaps her mother.

Metallica said ‘lockdowns and not seeing my friends as much’ has worsened her tics. During the pandemic her older sister Charlie also developed the same condition.

‘When she has her tics I’ll walk away, so it doesn’t set me off and make it worse for her,’ Charlie said.

Their family have chosen to look at the two disorders positively, saying some of their tics are so absurd ‘you can’t help but laugh’ – but the reality is much sadder.

Both Metallica and Charlie require constant care, with both suffering extreme forms of the condition.

There has been a steep increase in similarly reported cases through the pandemic, largely in teenage girls who can see symptoms appear as rapidly as overnight.

Doctors remain in the dark about its cause – but many believe it is directly linked to the social consequences of lockdowns and the reliance on social media.

Michaela began suffering from extreme tics when she was 14, coming on so fast her parents immediately took her to hospital.

‘I was serving up dinner, I heard some noises and a yell and saw her laying on the floor. I thought she was having a massive anxiety attack, next thing an arm is flying then a leg,’ her mother said. 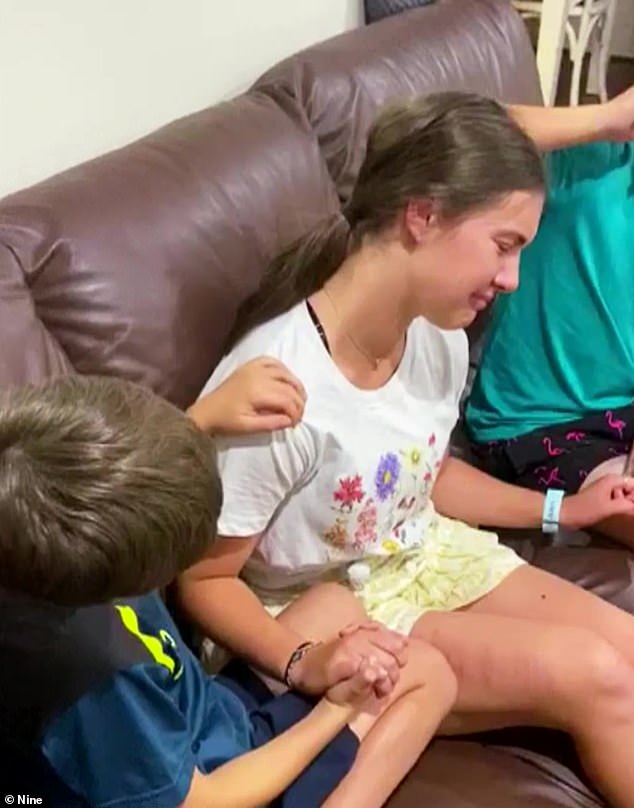 Michaela, now 16, was one of the first to suffer from the seemingly new condition – admitting doctors were ‘shocked’ and ‘scared’ by her disorder.

The teenager was doing handstands, rolling on the ground and even doing the splits – with her school constantly calling her parents to inform them of new tics.

‘I was constantly on edge,’ she said.

Nicole, a British 15-year-old began suffering from her tics shortly before her 13th birthday – with minor facial twitches transforming into violent physical and verbal outbursts.

Her mother said the most confronting of her tics is she will commonly shout ‘I am Madeleine McCann, I’ve been kidnapped’ in public.

Like many other cases, Nicole’s tics came on during Covid when she was admittedly ‘very lonely’.

‘I didn’t know what to do with myself. You can’t see friends or family, it wasn’t a very nice thing to be in,’ she told 60 Minutes.

Professor Russell Dale – a pediatrics neurologist at Westmead Hospital – said he was hearing of girls ‘all over the world’ suffering from similar conditions to the young women being brought to him.

He said the first instance he saw of the illness was in Michaela two years ago and that it was ‘something different’ to anything he had witnessed before.

‘There were quite violent movements, hitting themselves, but also the vocalisations were different. Rather than simple noises there were complicated sentences – which was quite bizarre, I’ve never seen that,’ he told the program. 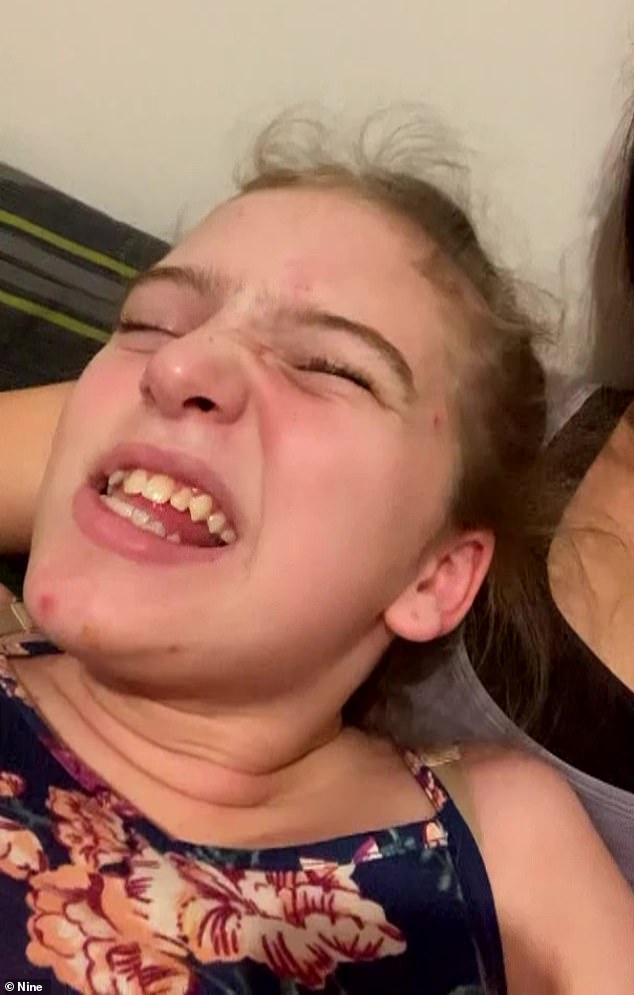 Experts believe it is the ‘perfect storm’ of the pandemic, prolonged isolation and reliance on social media which has caused the new phenomenon

Professor Dale ruled out Tourette’s as the cause for the epidemic as it is found four times more often in boys and comes on slowly from a young age.

He said the key factor appears to be the stresses of the pandemic combined with overt use of TikTok and other apps – which is forcing the young women’s bodies to ‘fail’.

‘Girls across the world have been using similar phrases – it was that which made us think social media was a link as to what was going on,’ he said.

The professor pointed to the mimicking of TikTok videos showing tics being broadcast around the world – with 16-year-old Michaela admitting seeing the clips had triggered her behaviour and even seen her mirroring it.

She has now ‘fully recovered’, with Professor Dale saying the disorder is ‘definitely’ something that can be overcome but admitted only 20 per cent of his patients have kicked the condition.

He estimates hundreds of thousands of girls around the world could be suffering with the same illness as a result of the ‘perfect storm’ of the global pandemic.