‘The Tour de France is not being called into question’: Cycling’s biggest race is STILL set to go ahead, says France’s sports minister… even as they call off all events until September

The Tour de France has not been cancelled or called into question despite the French Prime Minister bringing an end to the football season on Tuesday.

French Sports Minister Roxana Maracineau looked to clarify the situation around the biggest race in cycling, which has already been rearranged to commence on August 29.

‘The Tour de France is not called being called into question. There will be no large-scale events before September, but the Tour starting on August 29 could have some modifications,’ Maracineau said.

The Tour de France, which is set to get underway on August 29, is still set to go on as planned 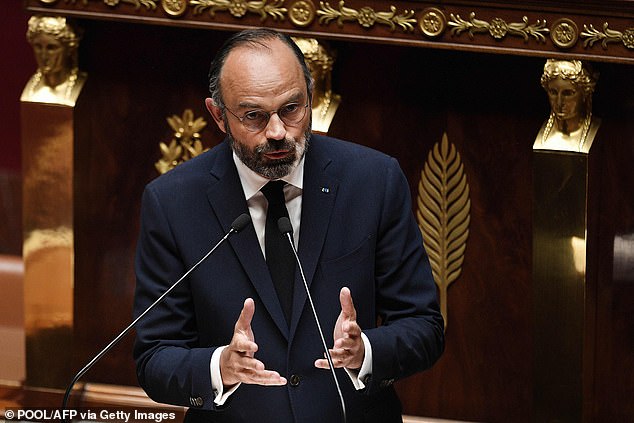 Doubts had resurfaced over the likelihood the event could go ahead on its revised date following an announcement from government over large-scale events.

Earlier this month, cycling’s main race was postponed from June 27 to August 29 because of the coronavirus pandemic.

The Tour involves around 4,500 people – including cyclists, staff and security – and up to 12 million fans line the famous route. 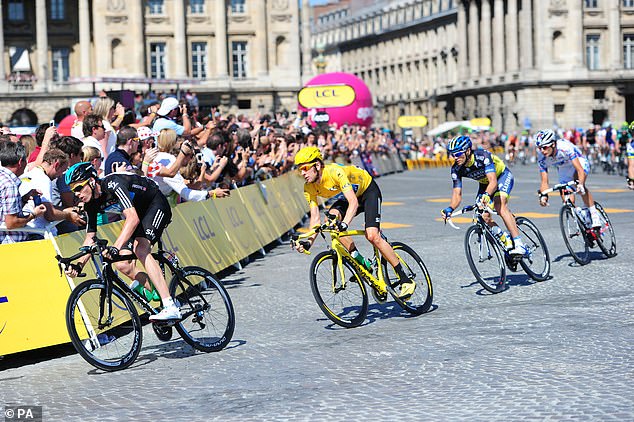 Millions of people take to the streets for the Tour de France, but that may change this year

It is becoming increasingly apparent that the race, in its typical form, could fall foul of Philippe’s government guidelines but plans are being analysed to see if there is a need to alter the race to ensure it is not cancelled like the football season.

Tour de France organisers have yet to respond to the news delivered by the Prime Minister but they now face the prospect of reducing crowd numbers to ensure the event still goes ahead at the end of August.

One option to reduce the size of the event is to push the grand depart in Nice back until September 1 – with the Prime Minister citing that month as the earliest opportunity to re-introduce mass events.

Race organisers, Amaury Sport Organisation (ASO), could then eliminate several stages that follow in the race to reduce the size of the event. ASO have been contacted by MailOnline for comment.

France has had more than 130,000 confirmed cases of COVID-19 with 23,660 deaths at the time of writing, making it the third-highest affected country in Europe behind Italy and Spain.