Tottenham have Lucas Moura back for Sunday’s north London derby, with manager Nuno Espirito Santo challenging his players to embrace the occasion.

Moura has returned to full training and is a contender to start against Arsenal alongside Son Heung-min and Harry Kane in attack.

Tottenham will be missing Steven Bergwijn, the Dutchman who felt a heavy challenge during their Europa Conference League match at Rennes last Thursday.

Both Moura and Bergwijn missed the games against Chelsea and Wolves but Nuno is glad to have his Brazilian back for their biggest match of the season so far.

‘It’s a very important derby and we have to be ready for it.

‘We have a session tomorrow (Saturday) to prepare and then we make the decisions. We have Lucas back which is good news so let’s try to make and prepare the game. It’s a different game. We must feel it. 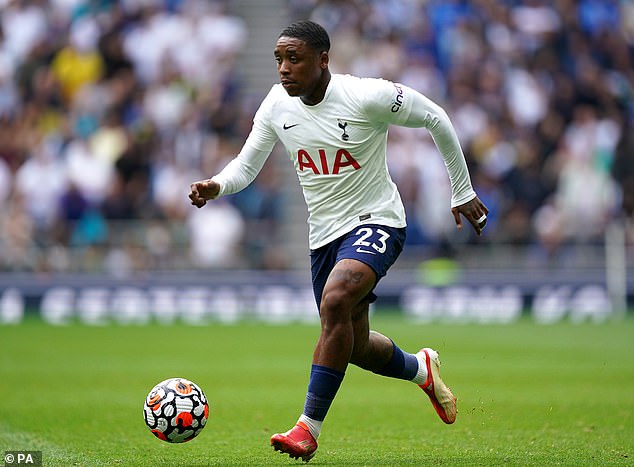 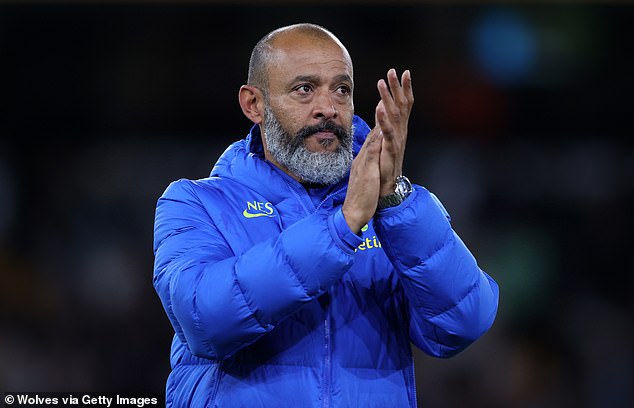 ‘Stevie is not OK, Sess (Ryan Sessegnon) also, but the good news is that Lucas was able to join the group.’

When asked for a timescale on Bergwijn, Nuno continued: ‘Not yet. I think I explained the injury he has is very painful so has to settle down the pain.

‘He’s not totally stopped. He’s doing some fitness, some upper body. For now he’s not available.’