The goals both came in stoppage time at the end of either half, but they could hardly have been more different.

The first, from Alessia Russo, was a moment of quality to put Manchester United ahead; Ria Percival’s equaliser was a piece of good fortune. Yet that mattered little to Spurs, who stay third and two points above their opponents.

Manchester City’s poor start to the season has put the final Champions League spot up for grabs and United and Spurs are both eyeing European qualification. 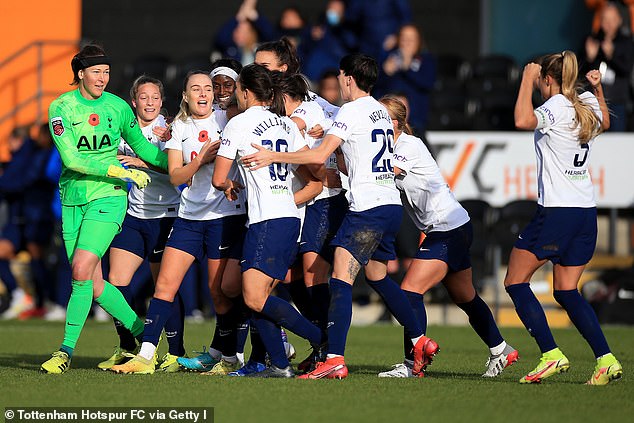 United had won their last six games against Spurs, a run which started in November 2018 when both sides were in the Championship. This should have been their seventh and Marc Skinner’s side may rue letting two points slip.

Percival’s looping free-kick missed everyone, the bounce of the ball deceiving Mary Earps and going over the United goalkeeper.

‘It happens sometimes when they just put the ball in the box from the halfway line, that’s what you have to come up against,’ said United boss Skinner. ‘That’s football. It’s disappointing not to take three points but it’s a good ball in from them and we’ve got to be better at defending it.

‘I didn’t really feel we were that threatened barring a couple of shots from long distance with the wind. They used the elements well. I didn’t really think they got in behind us, they didn’t hurt us barring that last moment.’

Tottenham deserve credit for their willingness to battle until the end. ‘It’s huge progress, it shows what we’re trying to do,’ said Rehanne Skinner, head coach. 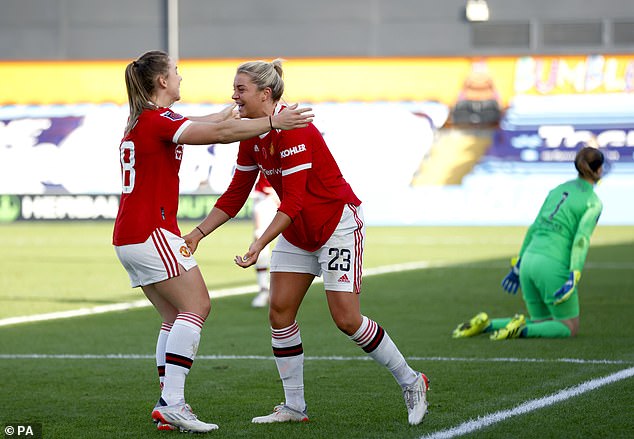 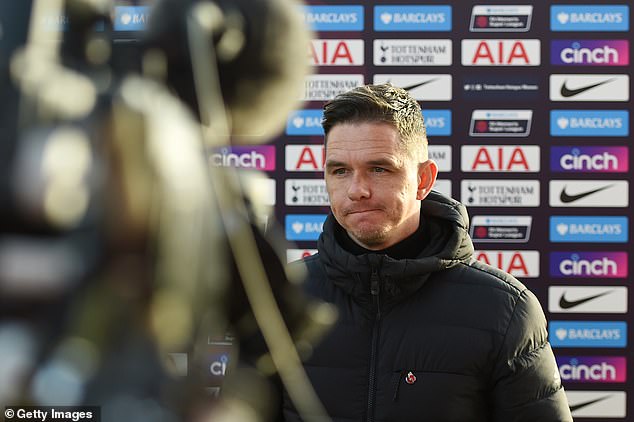 ‘There are no points you can take for granted so we’ve got to be putting in those performances on a consistent basis.

We wanted to make a good account of ourselves and keep showing our identity.’

Against a Tottenham defence that had conceded just three goals in their first five games, United needed a moment of quality to break the deadlock and it came from Russo at the end of an insipid first half which yielded just two shots on target.

A quick throw saw Ella Toone and Kirsty Hanson exchange passes before the ball was laid into Russo.

The striker nutmegged Shelina Zadorsky then powered past Ashleigh Neville before firing in at Tinji Korpela’s near post.

Skinner added: ‘She (Russo) is getting fitter and better at what I’m asking her to do.

‘She’s just got this wonderful strike, it’s almost like a scorpion’s pince.

‘She whips it so quickly that the goalkeeper doesn’t have time to move.

‘She’s been doing a few of them in training.’

Spurs found it difficult to break down a well-drilled United side and top scorer Rachel Williams had little joy against centre backs Aoife Mannion and Maria Thorisdottir.

Earps tipped Kit Graham’s fierce shot over the bar in the 65th minute but Spurs got their reward late on. 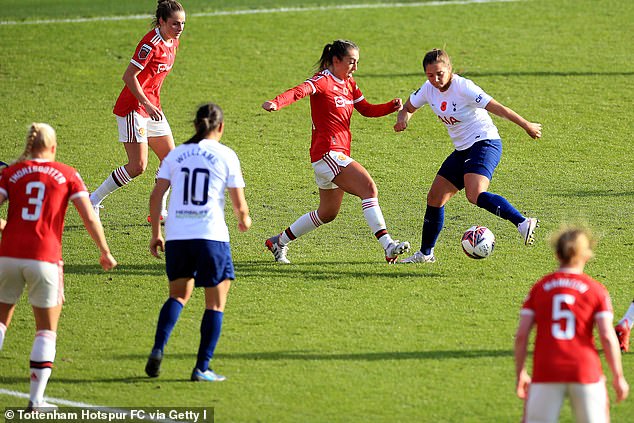 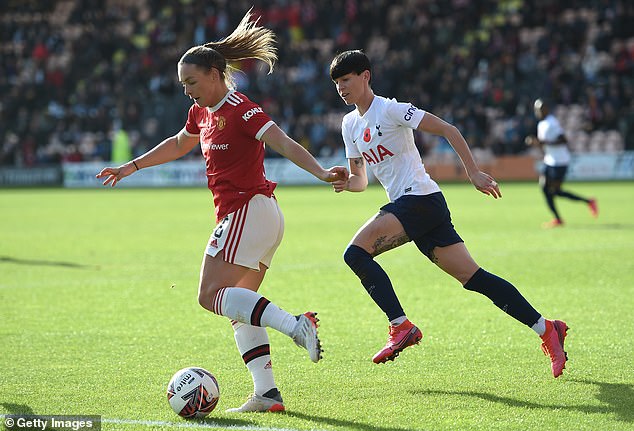