By Brendan Carlin and Anna Mikhailova For The Mail On Sunday

Tory donors have reacted with fury to reports of a ‘soak the rich’ plan by Rishi Sunak to help pay for the cost of Covid.

They have privately warned the party that they will ‘turn off the funding taps’ if the Chancellor decides to go ahead with the controversial plan.

The ultimatum came amid fresh fears of tax hikes after it emerged that Mr Sunak has told allies that he needs to ‘work out ways to get that money back’.

One insider told The Mail on Sunday that the remark, made this summer, made clear the Chancellor’s ‘fiscally orthodox’ credentials. However, it is only one week since many Tory MPs and supporters reacted angrily to reports that Treasury officials were preparing a £30billion hit on the wealthy and businesses in November’s Budget.

Tory donors have reacted with fury to reports of a ‘soak the rich’ plan by Rishi Sunak to help pay for the cost of Covid. They have privately warned the party that they will ‘turn off the funding taps’ if the Chancellor decides to go ahead with the controversial plan

The plans were branded as Mr Sunak’s fightback against the soaring cost of the pandemic, which has seen the national debt top £2trillion for the first time.

But last night, party benefactors with close links to the City of London were particularly incensed at a proposal to hike corporation tax from 19 per cent to 24 per cent – a move that would raise £12billion next year alone.

In the Tory shires, anger centred on a plan for a huge increase in capital gains tax – a move that would hit owners of second homes and buy-to-let properties when they came to sell. Government sources played down the reports as ‘speculation’.

Mr Sunak himself tried to reassure the 2019 intake of Tory MPs that there would not be a ‘horror show of tax rises with no end in sight’.

But yesterday, The Mail on Sunday was told that only a few weeks ago, Mr Sunak had reinforced his determination to recoup the money. 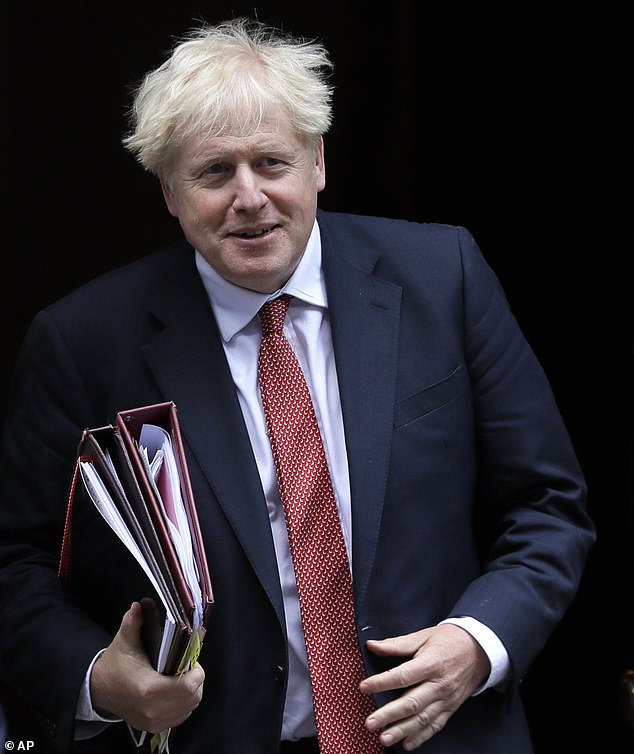 One insider said that despite concern over tax rises stifling early signs of growth, the Chancellor ‘thinks that if he doesn’t raise taxes in the first half of Parliament then try convincing Tory MPs we need to do it before an election’.

Last night, a source close to the Chancellor said: ‘It can hardly be a surprise to anyone that a Conservative Government is keen to ensure this country’s finances are stable and sound. It is the right thing to do.

‘The alternative is to keep writing cheques that our children and grandchildren will end up having to cash.’

But yesterday, one Tory backbencher said: ‘Rishi is missing the point of the success of Eat Out To Help Out, which reflects how cutting taxes can be beneficial.’

The MP said the proposed tax hikes were ‘mad’, adding: ‘Raising taxes right now is the dumbest thing you can do.’

The row came as insurance industry sources warned the Treasury not to hike insurance premiums as a way of paying for the pandemic.