The senior Labour MP accused of telling Speaker Sir Lindsay Hoyle to ‘f*** off’ is facing calls to quit as head of the Commons’ standards watchdog.

Tory backbencher Julie Marson told The Mail on Sunday she had seen Chris Bryant mouth the words and that he should now consider his position as chairman of the committee that oversees complaints about MPs’ conduct.

She said: ‘I am afraid his behaviour last week leaves a very big question mark over whether he should continue as chairman of the standards committee.’ 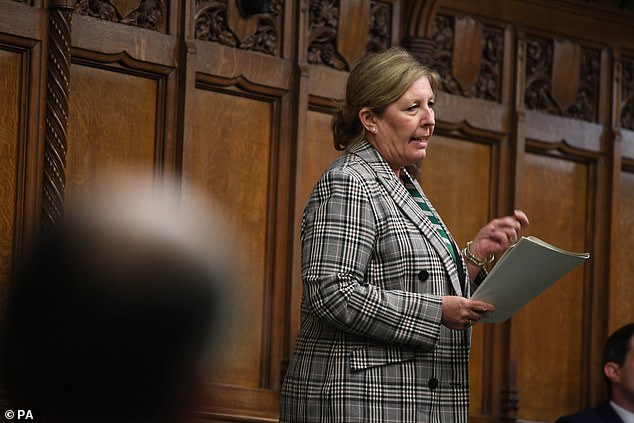 Mr Bryant – an ex-Government Minister and a former Anglican priest – last night denied he swore at Sir Lindsay during Prime Minister’s Questions, with friends saying the words he used were in fact ‘for heaven’s sake’.

The Rhondda MP, who was Sir Lindsay’s chief rival in last year’s election to be Speaker, said: ‘I didn’t use unparliamentary language but I did enter into an altercation with the Speaker and that’s not on.

‘I am very keen to make an apology to the House as soon as possible.’

But Ms Marson said: ‘I had a very clear view of Mr Bryant from where I was sitting. I was deeply shocked. It’s completely unacceptable for such language to be used because it’s really important in the Chamber and in Parliament generally that we respect the position of the Speaker.’ 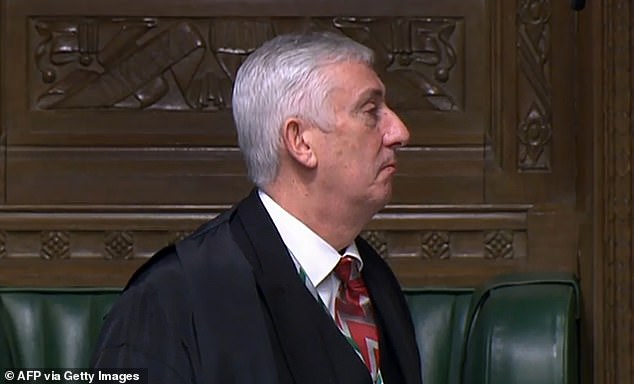 Sir Lindsay furiously rebuked the Labour MP. The two are thought to be long-term rivals with Sir Lindsay defeating Mr Bryant in the battle for the Speaker’s chair

The row erupted as Boris Johnson was replying to questions. Sources say the Speaker had spotted Mr Bryant at the back of the Labour benches allegedly breaching the Commons’ social-distancing rules – and that when Sir Lindsay quietly insisted the MP should move, he threw his hand in the air and said: ‘Oh f*** off.’

The Speaker then interrupted Mr Johnson to say loudly: ‘We’re not having that disgraceful behaviour.’