The woman who bludgeoned Victoria (Tori) Stafford to death with a hammer has withdrawn an application to have her move from a healing lodge to a federal prison reviewed and for compensation for her ensuing loss of liberty.

Terri-Lynne McClintic, 28, of Woodstock, Ont., submitted the application to an Edmonton court on April 30 claiming the move was “unreasonable” and “unfair.” Tori’s family members and the public were vocal in their criticism of the justice system after it was publicly revealed last year that the child killer was living at a healing lodge in Saskatchewan.

Court documents obtained by CBC News reveal McClintic’s lawyer retracted the application on Friday, three days before an Alberta judge went ahead and ruled on it.

CBC News has reached out to Kelsey Sitar, McClintic’s lawyer, who both filed and withdrew the application, but she was not immediately available for comment.

McClintic is serving a life sentence for her role in the 2009 kidnapping, rape and murder of Tori, an eight-year-old girl from Woodstock, where McClintic lived with her mother. She is not eligible for parole until 2031.

When she testified at the trial of her co-accused, ex-boyfriend Michael Rafferty, McClintic told the court, “I savagely murdered that little girl.”

She served four years at the Grand Valley Institution for Women in Kitchener, Ont., before being moved in December 2017 to Corrections Canada’s Okimaw Ohci Healing Lodge near Maple Creek, Sask.

That move sparked public outcry and prompted a review of her transfer, as well as the policy that allowed the transfer.

As a result, McClintic was removed from the healing lodge, after having spent several months there, and transferred to the Edmonton Institution for Women before eventually returning to the Kitchener prison.

She claimed the decision which led to her transfer was “unreasonable and procedurally unfair, and therefore unlawful.” 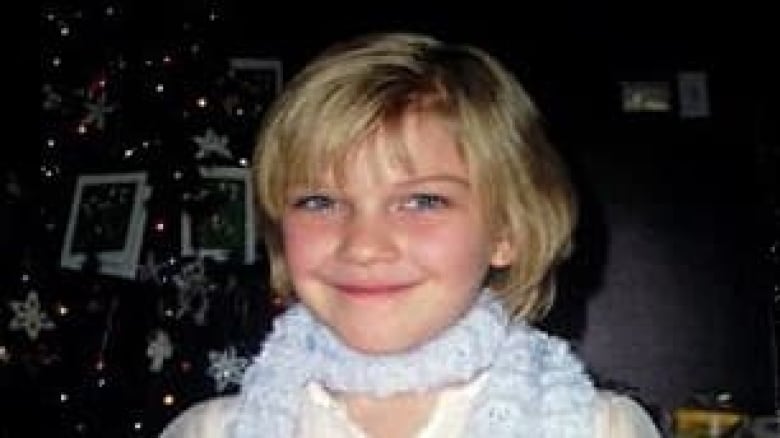 Tori Stafford was on her way home from school when a couple lured her into their car and drove off.

The application asked the Court of Queen’s Bench of Alberta to review the transfer decision and award costs.

It remains unclear why the application was retracted 10 days after it was filed.

Decision made after retraction

Court documents suggest that McClintic’s application was not supported by any evidence. The judge also raised issue with the court having the jurisdiction to hear the application, given McClintic is no longer in Alberta.

Tori’s father, Rodney Stafford, told CBC News he needed time to process news of the application and McClintic’s attempt to get compensation.

However, he took to Facebook shortly after news broke on Tuesday and expressed he was feeling “betrayed.”

None of the allegations contained in McClintic’s now-retracted application have been tested in court.