Tori Spelling shared a picture of her daughter Stella in a hospital bed on Instagram on Thursday just weeks after she herself, was hospitalised with breathing difficulties.

The 49-year-old did not detail what is wrong with the teen but simply penned: ‘The hits keep coming,’ alongside a crying  emoji.

Stella, 14, has not shared anything on her own social media and neither has her father, Dean McDermott, 56,.

‘The hits keep coming’: Tori Spelling shared an Instagram picture of daughter Stella, 14, in a hospital bed on Thursday just weeks posting about her own breathing difficulties

In the image, Stella wears a mask and hospital gown and it awake and sitting up in bed.

MailOnline has contacted a spokesperson for Tori for more information.

Jack has a sister called Lola who lives with Tori and Dean. 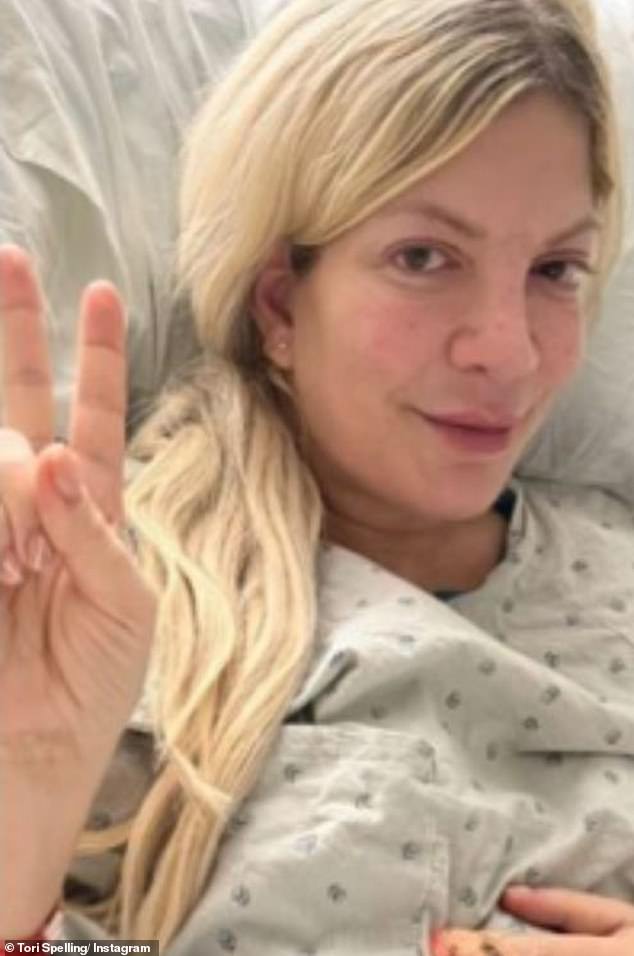 Health scare: Beverly Hills, 90210 actress Tori recently spent time in the hospital herself, shortly before Christmas due to breathing difficulties

The couple, who have been married since 2006, have been putting on a united front following constant split rumours.

Beverly Hills, 90210 actress Tori recently spent time in the hospital herself, shortly before Christmas due to breathing difficulties.

Last month in December, Dean’s son, Jack, called out his mother, Mary Jo, after she made negative comments aimed it his father and stepmother, Tori, on her podcast, Ex’s And Uh-Oh’s, whom she previously hosted with Dean.

According to Us Weekly, Jack had penned on Instagram, ‘Since my parents’ divorce in 2006, I have rarely spoken out as I preferred to stay out of it. Unfortunately, due to my mothers recent decision to spread information about my Dad, Step mom and my siblings I am no longer able to stay silent.’ 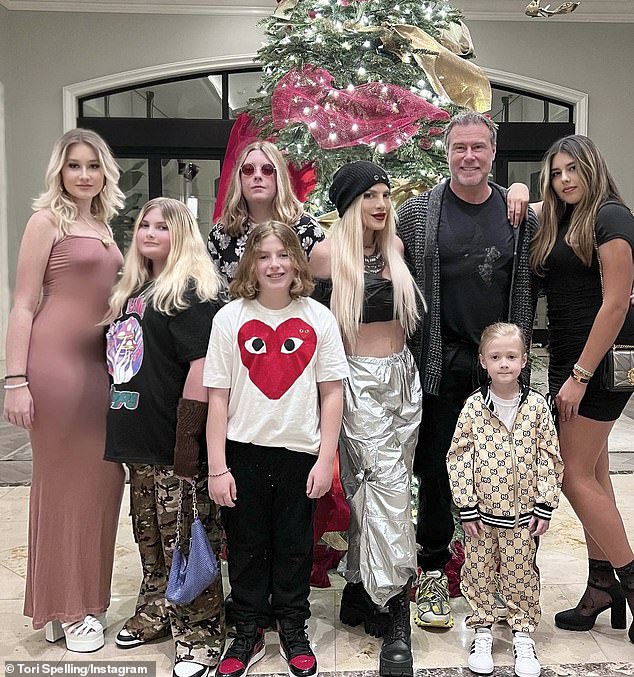 Jack further revealed that his father made the decision to exit the podcast, ‘due to negative comments about our family and consistent attempts to malign his character.’

Dean and Mary Jo were married from 1993 until their divorce in 2006, due to a reported cheating scandal between her now ex-husband and Tori at the time.

Shortly before the Christmas holiday, the actress spent some time in the hospital and expressed on her Instagram stories that she had been having a ‘hard time breathing.’

‘Here I am in [the] hospital since late last night,’ she wrote, adding, ‘To all of you who gas lit me when you were told I [was] too sick to work, well here I am.’

She then wrote, ‘How about next time [you] take someone at face value and show kindness instead of doubtfulness. Remember, for people like me, NOT working is a nightmare. I’m a hustler and a workaholic. I always choose work.’

The star said she went to the hospital after being ‘low on oxygen,’ and listed her symptoms as having a ‘hard time breathing, high blood pressure and crazy dizziness.’ 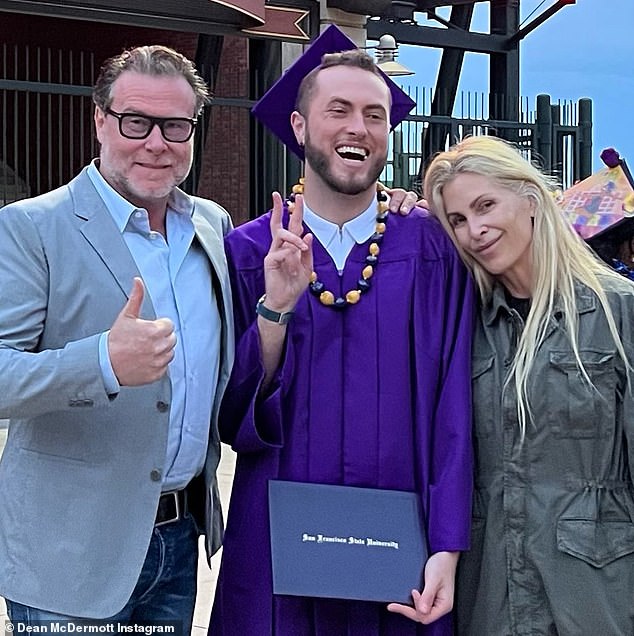 Family: Dean is father to Jack, from his previous marriage to Mary Jo Eustace, (pictured)