Canada’s Denis Shapovalov ended his tennis season on a down note after being upset 6-2, 6-4 by Romania’s Radu Albot on Tuesday in second-round action at the Sofia Open ATP 250 indoor hardcourt tournament.

Shapovalov, who was the top seed at a tournament for the first time in his career, was broken three times on six chances by Albot, who is ranked 81 spots lower than Shapovalov on the ATP Tour rankings at No. 93.

Albot, who only faced break point twice in the match and saved both times, posted his second victory over a highly ranked Canadian in a month. He beat Montreal’s Felix Auger-Aliassime in the quarter-finals of an indoor tournament in Cologne, Germany in October. 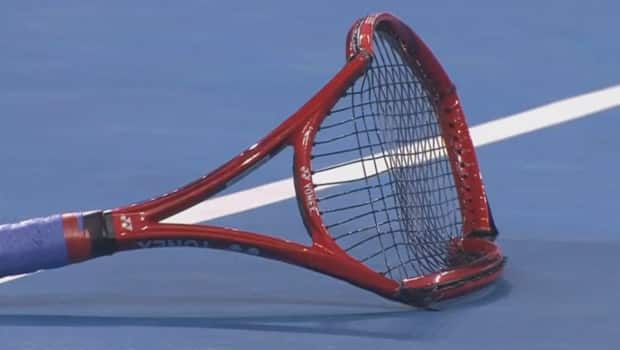 A frustrated Denis Shapovalov of Richmond Hill Ont, broke his racket after a 6-4, 6-2 upset loss to 93rd ranked Radu Albot of Moldova in the first round of the Sofia Open. 1:07

The often inconsistent Shapovalov had another season of ups and downs in 2020. He broke into the ATP top-10 for the first time in his career after advancing to the quarter-finals of the U.S. Open and the semifinals of the Rome Masters.

But the 21-year-old from Richmond Hill, Ont., ended the season on a four-game losing streak, losing his first match in three straight tournaments following a loss to Andrey Rublev in the semifinals at an ATP 500 tournament in St. Petersburg.

Shapovalov finishes the season with a 17-15 record.