EXPRESS INFORMER > Business & Finances > Top savings rates are falling, but signing up to a platform could boost your interest

Interest rates on the best fixed savings deals have been falling back in recent weeks, after reaching highs not seen for more than a decade.

At the start of this month, the best one-year rates were as high as 4.65 per cent. Now the best deal pays only 4.36 per cent.

Now or never? Fixed rate savings appear to have reached the end of their upward trajectory – at least for the moment

Experts are urging savers who may have been sitting on the fence in expectation that savings rates will rise further to snap up the best deals while they can.

‘Since the last inflation announcement, some of the top fixed rate bonds have seen reductions but further adjustments could be set to come.’

Springall added: ‘Savers may need to act with pace if they wish to take advantage of the current rates on offer.

‘Those savers who are prepared to lock their cash away for a year will find the top rate is significantly higher than last year’s top deal, of 1.35 per cent.

‘Notable improvements have been made to longer-term fixed bonds since last year.’

How to use a savings platform and get a cash bonus

One way for savers to find the best fixed rate deals is by using savings platforms.

These platforms allow savers to sign up and manage accounts with different banks in one place. It means they can switch money between providers and get the best rates with less admin. 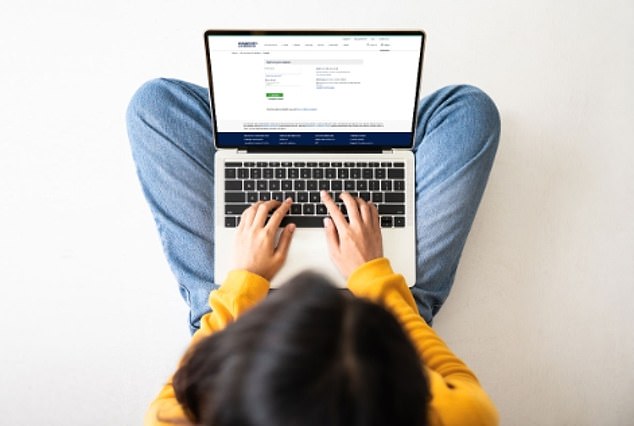 Going online: Although savings platforms do not have every account on the market, they tend to offer some of best deals around

Platforms such as Hargreaves Lansdown and Raisin UK are home to some of these top rates at present. Both are free to use, and both currently offer cash bonuses for joining.

Savers signing up to Hargreaves Lansdown’s platform, Active Savings* for the first time can earn up to £100 as a cash bonus. However, they will need to be quick as the offer finishes at the end of the month. 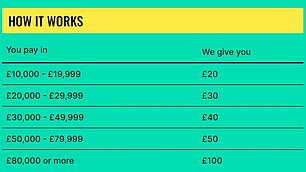 The best two-year fix on the Hargreaves platform pays 4.75 per cent, and its best five-year deal pays 4.9 per cent* – in line with the best deals on the wider market.

However, by counting the cash bonus alongside the interest they make, savers will effectively be getting an even better deal.

Raisin UK, another free savings platform, is currently offering a £30 welcome bonus to This is Money readers who open a new Raisin Account via this link* or any link originating from our website.

It offers savers the chance to boost their savings by £30 when they open an account on its marketplace with a minimum of £10,000.

Someone saving  £10,000 in Raisin’s best one-year deal can effectively secure an interest rate of 4.66 per cent, once the £30 bonus is included.

Cash held in savings platforms currently represents less than 1 per cent of all UK savings, according to the savings website, The Savings Guru.

However, savings platforms arguably simplify the process for savers by helping them keep track of their accounts more easily and move money faster.

They might not always offer the very best rates on the market, but they allow customers to manage multiple accounts in one place.

It means that through a single online account, savers can open multiple savings accounts with numerous different banks as and when they require without the usual form filling and admin.

For those with large amounts of savings another key advantage of using a savings platform is that they are able to spread the FSCS protection that is given to each individual banking licence.

The Financial Services Compensation Scheme (FSCS) is the UK’s deposit guarantee scheme, which offers protection up to £85,000 per person or £170,000 in the case of joint accounts, with each eligible bank or building society they sign up with.

By allowing savers access to more than one provider, savings platforms enable them to spread the FSCS protection across their multiple holdings, without needing to apply for accounts individually with each bank.

For example, were they to save with six different banks that were all covered by the FSCS, they would be protected up to £85,000 in each account – notwithstanding any additional funds they might hold with the bank separately outside of the platform.

At present there are only a handful of savings platforms.

Rivals to Raisin and Hargreaves Lansdown include Flagstone, AJ Bell’s Cash Savings Hub, and Aviva Save.