A £19,000-a-year private girls prep school has decided to rename its sports hall after it was revealed the family it was named after had links to the slave trade.

Wimbledon High School in Merton, south west London, is planning on dropping the name Draxmont because of the family’s association with a slave plantation owner who died more than 130 years ago.

John Sawbridge Erle-Drax was awarded £4,293 12s 6d, which is equivalent to around £3 million in today’s money, for 189 slaves on his estate in Barbados after slavery was abolished in 1833.

The family’s ties to slavery were revealed by University College London’s (UCL) ‘Legacies of British Slave-ownership’ research project in 2013.

The independent girls school, which costs £6,578 per term, is one of 30 educational facilities planning on renaming buildings because of their links to British empire-builders and slave traders.

Wimbledon High School (pictured) in Merton, south west London, is planning on dropping the name Draxmont because of the family’s association with a slave plantation owner who died more than 130 years ago 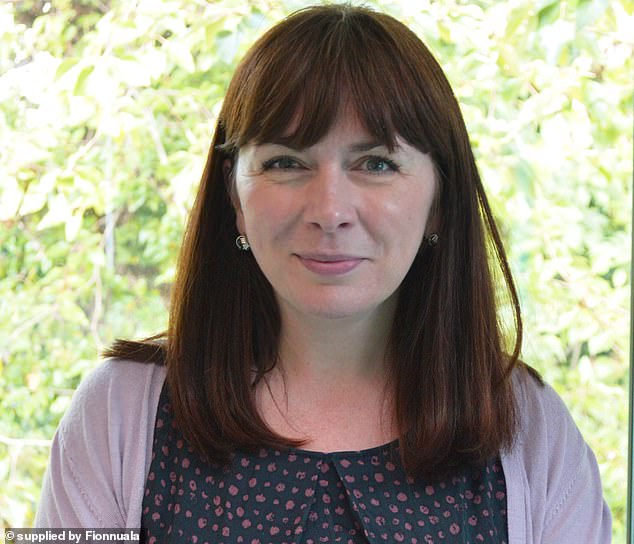 The independent girls school, which costs £6,578 per term, is one of 30 educational facilities planning on renaming buildings because of their links to British empire-builders and slave traders. Pictured, headteacher Fionnuala Kennedy

The sports hall is not the only structure in Merton to be named after Erle-Drax, who also served as a conservative Member of Parliament during the Victorian era.

Two nearby roads – Drax Avenue and Draxmont Road – are also associated with the family’s heritage but the local council is not currently looking into changing the names.

It comes after a global campaign was launched in the wake of the Black Lives Matter protests to remove statues and rename architecture with historic links to slavery.

Drax Hall’s sugar plantation (pictured) in Saint George, Barbados, had a workforce of around 327 enslaved people for around 200 years

A research group made of students and staff has already been given the task of coming with a new name, which will likely honour an inspiring teacher or alumna with a long legacy in sport. 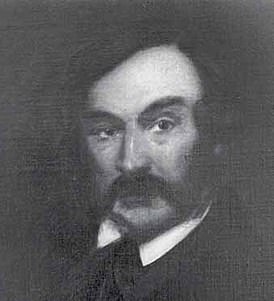 It was built around 1650, 20 years after James and William Drax first sailed to Barbados.

The Drax family owned slaves in Barbados from the mid-1600s and later expanded to Jamaica.

Drax Hall’s sugar plantation in Saint George, Barbados, had a workforce of around 327 enslaved people.

And today, his direct descendant, Tory MP Richard Drax, 62, has the plantation business registered in his name. He pays tax due on the property personally, after inheriting it when his father died in 2017.

One of the suggestions is broadcaster and alumna Afua Hirsch.

It is also the school that fictional character Lara Croft from the Tomb Raider series went to.

In an online statement, a school spokesperson said: ‘Since September 2020, students and staff at WHS have been undertaking painstaking research into the naming of Draxmont, the school sports hall and what we see as the vital importance of protecting legacies.’

It said the decision was ‘slow and measured’ and not made in response to ‘a social media age where positions are quickly taken and emotive terms such as “cancel culture” and “culture wars” are used’.

‘This has instead been a slow and measured response to the issue of having a building on site whose name carries a strong association with the slave trade,’ the statement added.

‘Wimbledon High School is only now turning to the idea of possible alternative names, with all senior students having the chance to put forward ideas. This is resulting in a wide range of suggestions.’

The school’s research group has already developed a list of potential new names, it revealed, adding: ‘[They are] women who had strong sporting links to the school, who went on to achieve in sport at a national and international level, for example, or who had, in their teaching of PE at school, inspired a generation of girls.

‘The school tends to focus on legacy figures such as former Heads and alumna from long ago.

‘A sensible next step will, we feel, be to establish a policy for the naming of our school buildings more widely, particularly in time for the completion of our Project Ex Humilibus build in September 2022.’

Sixth-form student Alexia Platt, 17, told The Times all schools should ‘ensure [school names] are appropriate for the climate we live in today’.

It comes as seven school name changes have already been approved, with four others under review and five facing pressure to consider name changes.

Some 14 have removed names including Clive, Aske, Gladstone and Drake, following the Black Lives Matter movement.

And in London, Sir John Cass’s Foundation Primary in the City of London became The Aldgate School. Last summer, the Cass Foundation and Redcoat School was changed to Stepney All Saints. 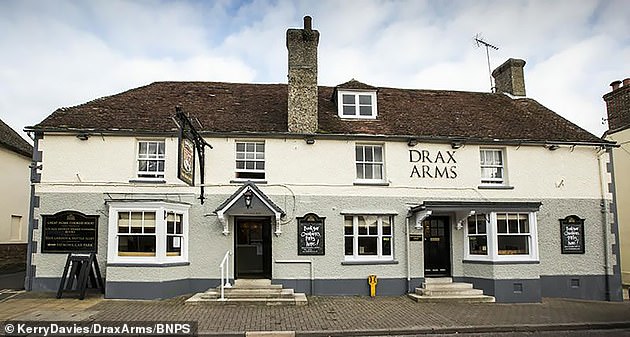 The Drax Arms in Bere Regis, Dorset, was targeted by vandals who sprayed the words ‘slaver’ and ‘BLM’ on to the walls 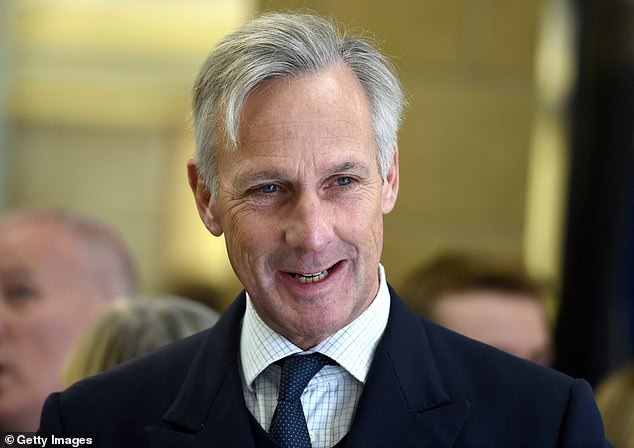 It comes after Peter Walker, former Merton Labour Councillor 2010-2016, said the council should remove the names of slave owners from Merton’s streets.

He told the Wimbledon Guardian: ‘In light of the Council’s expressed wish to “honour George Floyd and the many others who have lost their lives in similar circumstances” it seems deeply offensive, that today we actually have roads in the borough commemorating some of Wimbledon’s most notorious slave owners.’

Another slave owner featured in Wimbledon road names is Joseph Marryat MP (1757-1824), who owned a ‘large number of slaves’.

In April, The Drax Arms in Bere Regis, Dorset, was targeted by vandals who sprayed the words ‘slaver’ and ‘BLM’ on to the walls.

The pub dates back to the 1800s and was mentioned in Thomas Hardy’s Tess of the D’Urbervilles. Hardy called Bere Regis Kingsbere in the novel.

The Drax family owned sugar plantations worked by slaves brought from Africa, and were pioneers in the early stages of the slave economy.

They devised a model that was copied across the West Indies and Americas. Today the family owns 14,000 acres of land in Dorset.