S.H. writes: I used Trainline to buy a £7 Merseyrail ticket from Ormskirk to Liverpool Central Station, but when I arrived in Liverpool, staff would not accept it as valid.

An officer issued me with a £20 penalty notice, though at the same time he told a lady who said she had forgotten her ticket that she could buy another.

Up the junction: You could not have collected your Trainline ticket without a detour to Burscough Junction

This could be a comedy of errors, but I know you have found it hugely stressful. The heart of the problem is that Trainline sells Merseyrail tickets online, but you have to go to a station to collect them – and absurdly, not a Merseyrail station.

So although you had a Trainline printout proving you had paid the fare, you could not collect your ticket at Liverpool Central or at Ormskirk in Lancashire where your journey began.

Trainline told me that its website explains that customers using Merseyrail have to collect tickets from another station. In fact, it offers a map covered in about 1,500 overlapping blobs showing where Trainline tickets can be collected. But it would make far more sense to avoid Trainline altogether.

What you were supposed to do was catch a train from Ormskirk heading in the opposite direction and collect your ticket at Burscough Junction, where Trainline is accepted.

Merseyrail sensibly scrapped the original penalty notice, but as Trainline and Merseyrail seem to have no relationship, Trainline refunded the £7 fare to you instead of paying it to Merseyrail.

That left Merseyrail out of pocket so it reinstated its demand to you, including a £20 penalty. You were never a fare dodger, but you were treated as just that.

Not surprisingly, you offered to pay the normal £7 fare, but not the penalty, which then escalated to £125.

I contacted Merseyrail, where staff made clear that this was not the first time they had met problems involving Trainline.

After some discussions with me, and between Merseyrail staff and their prosecutions department, common sense and perhaps the spirit of Christmas prevailed.

On December 17, you were told that if you paid the £7 fare within 14 days, there would be no penalty, but fail to pay and the next stop was court. You duly went online to pay, but your attempt hit the buffers.

You telephoned, but Merseyrail refused to take your £7, with a recorded message insisting nothing was owed. That left you unable to pay, and facing a court appearance.

I retraced your steps with the same results, so I contacted Merseyrail and suggested I would come to their offices with a Mail on Sunday photographer and hand over the £7 in cash.

Merseyrail immediately decided a ‘technical issue’ was to blame, and when this was corrected a few days before Christmas, I used its automatic phone payment line and found a fresh demand for £7.

Sharing your frustration, I paid it for you, rather than let the matter drag on.

It would be good to see Trainline stop offering Merseyrail tickets that it has such trouble providing, but meanwhile Merseyrail passengers would do well to completely avoid it.

Ms F.M. writes: I sold a property in Spain but kept my Banco Popular account open to receive a Spanish tax rebate. My account held €11,821 (about £10,750), but it has since been blocked.

I have been trying since 2018 to get my money out, but the bank told my Spanish lawyer I must go in person, which is difficult as I have serious health problems. 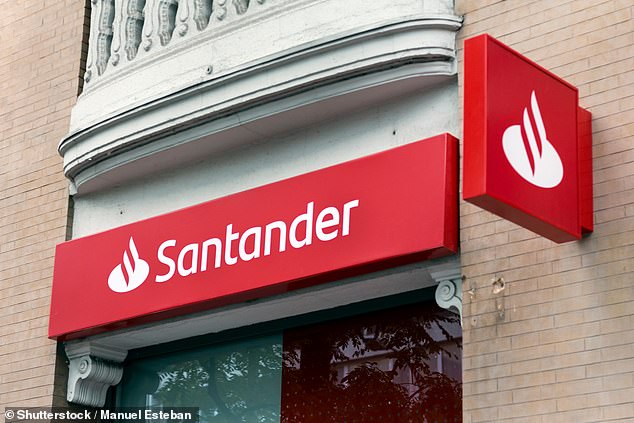 Banco Popular was taken over by Santander, which has a thriving presence in Britain

Judging by similar complaints I have received, it is far easier to open a Spanish bank account than to close it. Your Banco Popular account in Valencia has proved to be a lucky exception though, as the bank was taken over by Santander, which has a thriving presence in Britain.

Staff at Santander told me you could go to any branch, where they would set up online access to your Banco Popular account. You could then transfer cash to any bank in Britain. And when you explained that your health issues left you virtually housebound, Santander said it would send someone to your home.

A spokesman told me: ‘To protect customers from fraud, it is important we ensure that identification requirements are met before closing accounts or transferring funds. We are sorry for the time it has taken Ms M to close her account.’

Your money landed in your British bank account a week before Christmas, and Santander has confirmed to me that your Banco Popular account is now closed.

Why is Singapore Airlines refusing to refund my axed flight to Sydney? 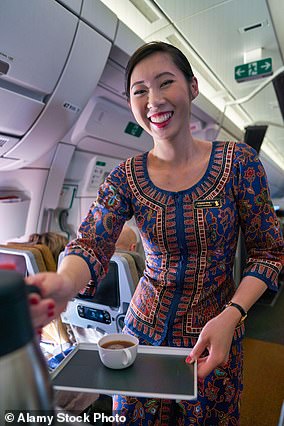 Ms V.K. writes: Last February, I booked a Singapore Airlines flight from Heathrow to Sydney through STA Travel in London.

The flight date was October 20, but on August 11 Singapore Airlines cancelled the flight – and soon afterwards, STA Travel went into administration.

However, the airline refused me a refund, saying the STA Travel administrator first had to tell them to pay.

What nonsense from the airline. Your flight had already been cancelled before STA Travel ceased trading in October, and the agent went into voluntary liquidation, not administration.

I contacted the airline in Singapore and an official told me: ‘We regret our call centre teams provided Ms K with incorrect advice.’

The proper procedure is that the airline takes over responsibility in the absence of the travel agent. You can now have a full refund, or the airline will transfer you to a flight of your choosing, plus extra ‘bonus flight credits’ for any date in 2021.

R.B. writes: I have held a Lloyds Bank account for over 50 years. I telephoned to give notice to withdraw £11,000 at the Twickenham branch, and the woman who answered said she’d email staff there.

However, when I phoned the branch, I was told no email had arrived – and I could not have the money.

You and your wife are in your 70s, and have been pretty well confined to your home during the pandemic. Your children have looked after your needs – and you wanted to repay them and have some cash in the house for future expenses.

When you explained this, Lloyds requested ten weeks of your shopping bills and your children’s bank details, after which it would transfer the money to them.

Or, you could make 22 separate cashpoint trips and withdraw £500 a time. This is despite the bank’s website advising that cash withdrawals up to £2,500 are allowed with no notice.

Banks walk a tightrope in circumstances like these. All banks tell staff to try to take care of senior citizens asking for large cash sums, in case they are victims of a scam. But requesting supermarket receipts does seem excessive.

Lloyds told me: ‘We have apologised for the inconvenience and, after receiving further information, a branch colleague was able to help Mr B with a cash withdrawal.’

This would be fine – except that it did not happen. You received no apology, and went of your own accord to a different Lloyds branch where staff cheerfully let you have £5,000.

The bank tells me its original apology must have gone astray, so it has repeated it and emphasised it has your best interests at heart.

If you believe you are the victim of financial wrongdoing, write to Tony Hetherington at Financial Mail, 2 Derry Street, London W8 5TS or email tony.hetherington@mailonsunday.co.uk.

Because of the high volume of enquiries, personal replies cannot be given. Please send only copies of original documents, which we regret cannot be returned.